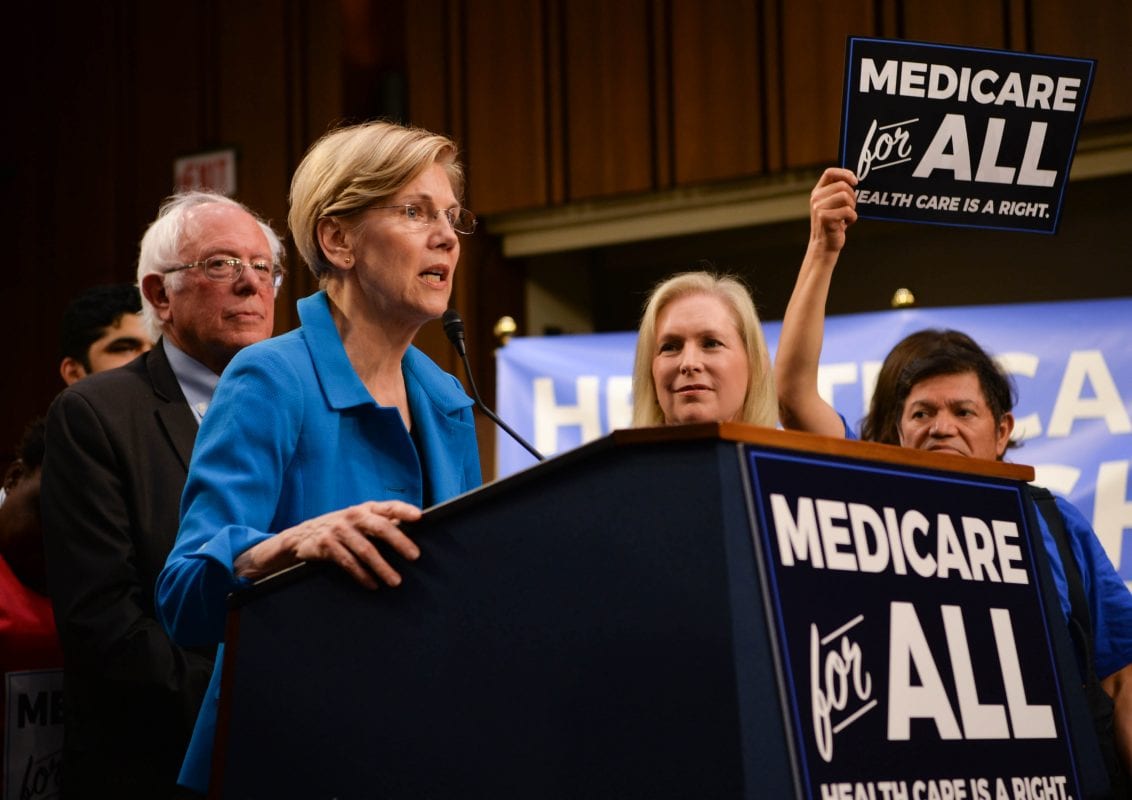 Rural Residents Stand to Lose the Most from ‘Medicare for All’

This article was originally published on Townhall.com on February 1, 2020.

With just a few days left to go until the Iowa caucuses, prominent presidential candidates such as Sen. Bernie Sanders (I-Vt.) and Sen. Elizabeth Warren (D-Mass.) are duking it out for the support of Iowa voters. By now, most of the candidates have crisscrossed the state, visiting everywhere from the Iowa State Fair to miscellaneous local businesses and homes. But there are some places where the candidates may be less keen to go: rural hospitals struggling to keep their doors open. Healthcare facilities across the state are struggling mightily to stay above water. But, if leading Democratic candidates get their way, hundreds more may close for good. Candidates may not have time to swing by the failing hospitals of Iowa, but they should at least answer for their destructive healthcare policy proposals.

Medicare-for-All may seem like an expensive pipe dream to many voters, but candidates such as Sanders and Warren have every intention of seeing their plans enacted. Sen. Sanders has been particularly adamant about the wholesale abolition of private health insurance, claiming, “When you talk about having a system where you’re going to have private insurance and you’re going to have (a public) option going in, the rich and the healthy will go into private insurance, the poor and the sick will go into Medicare and cost that system an enormous amount of money.” Never mind that nearly 70 percent of Americans (rich, poor, and everything in-between) have private health insurance plans, and 85 percent of these plan-holders rate their quality of care as good or excellent. And, never mind that a majority of Iowa Democrats oppose a Medicare-for-All plan without a private option.

But, these radical plans would do far worse than reshuffle hundreds of millions of Americans from plans they rely on. Socialized medicine would also spell doom for the dozens of Iowa hospitals struggling to make ends meet. Already, some Iowa hospitals have dropped OB-GYN services, and many see consolidation as their only hope.

According to Iowa Hospital Association CEO Kirk Norris, “Critical Access” (aka rural) hospitals are annually going into the red, forgoing investments needed to be sustainable at a time when Iowans are graying and in need of more medical services. It’s tough enough for hospitals to rely on federal payments on behalf of retirees because Medicare reimbursement rates tend to be far lower than rates offered by private insurers. Hospitals can recoup these lower payments by getting more private insurance dollars, reflected in rising health insurance premiums for most Americans.

Sens. Sanders and Warren would make this public financing crisis far worse by drying up the well of private insurance dollars and slashing payment rates for doctors. Not all plans are created equally, of course.  For example, Bernie’s plan would happen overnight while Warren would introduce a more gradual transition. But make no mistake – sooner or later under a President Sanders or President Warren, hospitals and doctor’s offices would have to get by on meager “public” (aka taxpayer-funded) funds far lower than what they are used to. There’s no sugarcoating the financial and healthcare disaster that would cause.

At a time when there’s a gargantuan shortage of doctors in America, socialized medicine would take a 40 percent chunk out of physician earnings and all-but-guarantee a lost generation of would-be doctors and medical professionals who take their talents to other fields. The nation’s 7,200 hospitals would take an average $20 million annual plunge in revenue which could pay for about 15 million hospital stays nationwide. But whose hospital stays will have to be cut short as America recklessly implements socialized medicine? This question will almost certainly remain unanswered as Sens. Sanders and Warren continue to make their folksy appeals across the great state of Iowa. But struggling rural residents in Iowa and across the country are paying close attention and demand real answers and solutions on the future of their healthcare. They’re watching, and they’ll be voting.