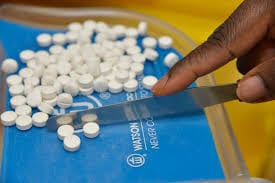 This article was originally published in RealClearPolicy on April 1, 2019.

With enough research, development, and vision, a speculative “dream cure” for a terrible disease can turn into an obtainable reality for millions of patients. But unfortunately, sometimes government policy gets in the way of promising cures. In October 2018, the Department of Health and Human Services proposed a devastating rule that would tether Medicare Part B drugs to a rigid pricing structure modeled after European single-payer healthcare systems.

To add insult to injury, Sen. Sanders (I-Vt.) and Rep. Ro Khanna (D-Calif.) introduced a bill in January that would revoke medications’ intellectual property status unless producers accept ludicrously below-market pricing. Instead of emptying the shelves through price-controls and anti-IP gimmicks, lawmakers and bureaucrats should instead encourage a vibrant marketplace that embraces innovation and helps patients get the life-saving treatments they need.

Both the HHS proposal and the Sanders-Khanna bill would force steep discounts in drug prices by requiring businesses to look to what foreign bureaucrats say before setting drug prices. Government officials assume that lower prices (on paper) mean a better healthcare system, despite glaring shortcomings with the medical systems of other developed countries. Indeed, this so-called International Pricing Index could have disastrous consequences for patients and drug manufacturers alike.

Across virtually all health-care systems, heart disease is the number one killer. Yet in America, statins are plentiful, readily prescribed to high-cholesterol patients, and easily obtainable at a nearby pharmacy. Most European nations cannot say the same; nearly 40 percent of surveyed European pharmacists cited heart medication shortages as a significant issue in 2018.

Shortages persist despite a misguided philosophy of underprescribing medications to patients with a high risk of heart issues. This disparity in statin prescription and availability continues despite a landmark 2016 review in The Lancet that found“statin therapy significantly reduces the risk of major vascular events,” with little documented downside. Other drugs often take years to be approved in foreign countries, preventing access to medication while patients suffer from illnesses that could easily be prevented.

The US has led the way in developing these life-saving medications, due to a pricing system that takes research costs into account. But these costs come down, at least for medications that don’t fall under the clout of pharmacy benefit managers that act as needless middlemen in the process.

But if prices can’t incorporate the costs of innovation, few businesses will see it as worthwhile to invest in life-saving medications. According to a 2014 study by the Tufts Center for the Study of Drug Development, the cost to bring a new prescription drug to market is $2.6 billion, up from $1 billion a decade prior. The total has likely climbed significantly in the past five years since the study, and will likely climb higher in coming years absent significant reforms.

Research costs can be reined in by shortening Food and Drug Administration (FDA) approval times, and pressing the agency to adopt streamlined procedures. According to a recent analysis by researchers at MIT and Boston College, the FDA takes far too long to approve medications for deadly diseases even after taking the necessary precautions to evaluate a drug. Fast-tracking more drugs would keep costs low, allowing drug producers to pass along costs to consumers.

But implementing an International Pricing Index would have the opposite effect, curbing research and increasing health costs on consumers with few options to begin with. The Taxpayers Protection Alliance’s recently-released video, featuring seven other groups, details how “reference pricing” would stymie innovation and lead to unnecessary suffering for patients across America. Instead of price fixing by federal fiat, policymakers should commit to lower regulatory costs and increased price transparency. With the right policies in place, America can continue to provide consumers with dream cures.