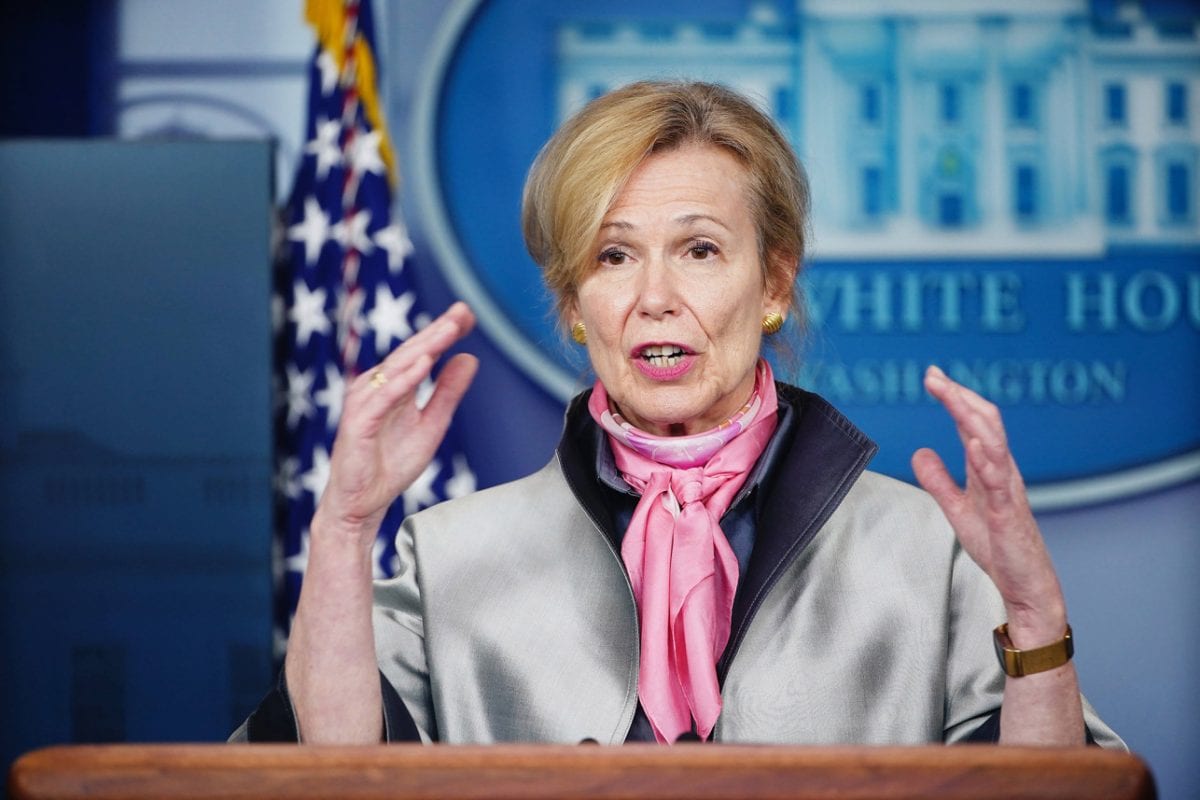 Dr. Deborah Birx has inspired millions of people, and no, this isn’t (just) in reference to her trendsetting scarf choices. Dr. Birx is not only a strong and smart woman who is a role model for future female scientists. She has been a reassuring beacon of light for everyone at an exceptionally dark time, working extraordinarily long hours under media scrutiny while providing indispensable medical advice and keeping Americans updated about the Coronavirus pandemic. Along the way, Dr. Birx was unexpectedly thrust into the political spotlight and endured unfair criticism by both Republicans and Democrats.  Dr. Birx has devoted her life to real, not political, science, so given her lack of experience serving in such a public role, stepping into the spotlight must not have been easy. For soldiering on and being an invaluable source of information and reassurance, Dr. Deborah Birx is truly a Profile in Courage.

It’s hard to sum up Dr. Birx’s life of service in the span of just a few paragraphs. In a wide-ranging piece, MarketWatch contributor Nicole Lyn Pesce notes that Dr. Birx, “is a world-renowned global health official and a retired U.S. Army physician who was instrumental in HIV/AIDS vaccine research, and whose career has spanned three decades.” Pesce reports that, even at a young age, the public health expert was firmly committed to advancing science and innovation. With the help of her two brothers, a young Dr. Birx converted her family’s Lancaster County (PA) backyard shed into a lab.

Her older brother Don recounts, “Whether it was astronomy, geology, biology—anything we’d want to get into, we were given a lot of flexibility and freedom to do it.” They even built themselves a satellite-dish antenna rendered mobile by…roller skates.

She soon took her talents to the Department of Defense where she worked tirelessly as a military-trained clinician in immunology amid the outbreak of the HIV/AIDS epidemic in 1985. Just 11 years later, then-Colonel Birx rose in rank to become the Director of the U.S. Military HIV Research Program. She made the most of her new role, devoting her research acumen to combatting AIDS (a little-understood disease at the time) that has no cure.

Dr. Birx helped lead an AIDS vaccine efficacy trial, known as RV144, that studied the impact of a cutting-edge vaccine combination on more than 16,000 participants in Thailand. A research summary notes, “vaccine regimen was safe and modestly effective in preventing HIV infection, lowering the rate of HIV infection by 31.2 percent compared to placebo…the landmark trial continues to provide scientific direction to help guide vaccine development and testing.” Without the patience and research drive of dedicated public servants like Dr. Birx, the country wouldn’t likely be on the cusp of finding a cure to HIV/AIDS today.

Now, Dr. Birx is taking on a new, deadly foe: the novel Coronavirus (COVID-19). In February, she was abruptly thrust into the public spotlight after being chosen as the Coronavirus Response Coordinator for the Trump administration’s White House Coronavirus Task Force. Dr. Birx has taken on a key role formulating the “social distancing” guidelines that have kept down death rates in America and informing policymakers on complicated subjects like immunity and treatment options. She also plays the pivotal role of national psychologist, urging calm while being realistic about the spread of the disease.

As a fixture in the President’s regular press briefings, she’s had to endure sustained and unfair criticism from across the ideological spectrum. The hosts of The View mocked her relentlessly, with co-host Joy Behar saying, “she’s less of a doctor and more like an elderly care nurse to this guy.”  They seem to think that Dr. Birx is not worthy of respect unless she loudly interrupts and scolds the President on live television.

Dr. Birx has also had to do battle with conspiracy theorists alleging intentionally inflated death tolls from the pandemic.  The brave Coronavirus Response Coordinator marches on undeterred and will continue to be an inspiration for aspiring female scientists everywhere and invaluable source of information for everyone. As she selflessly shepherds the country through the pandemic, she will also continue to serve as a North Star for scarf enthusiasts the world over. And for all these reasons, and many more, Dr. Deborah Birx is a Profile in Courage.