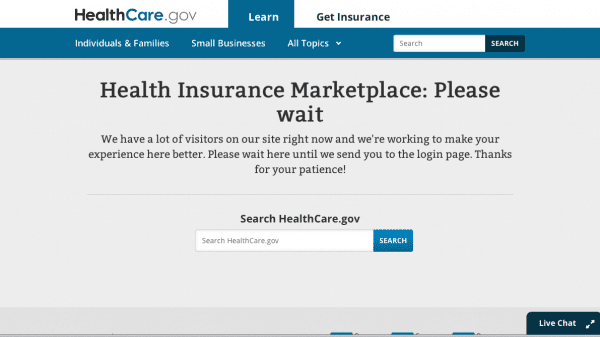 The Taxpayers Protection Alliance (TPA) has written quite extensively about Obamacare, warning about the harmful impact the law will have on healthcare, taxpayers, consumers, and business across the country. As we moved closer towards the official rollout of the law there were multiple indicators of just how much of a “train wreck” the nation would be faced with once Obamacare became official.

The problems we have already seen in the last several months as the Administration began to gear up for the October 1st launch date of Obamacare came at the painful cost of lost jobs, tax hikes, increased premiums, dropped coverage, special exemptions, selective delays, and even privacy concerns that would give any individual pause about a law that influenced so much of the American economy it wasn’t difficult to understand why continued decline in public approval of the law was a constant. The President just recently admitted, speaking about the law, that “we raised some taxes.”

TPA recently joined a coalition urging a full delay for all Americans noting how it was unfair for the President to delay the mandate for employers only, while leaving middle class families behind.

Yesterday, citizens were able to see the first indications of what we may come to expect now that Obamacare has officially opened their exchanges for individuals to sign up.  The launch was anything but smooth so TPA thought it would be a good opportunity to look at some of yesterday’s lowlights. Here are just some of the stories from the experiences of individuals who were apart of the festivities:

These stories are from all over the country from just the first day of implementation of the law. The fact that there are delays, technical issues, and problems that may take weeks to resolve speaks volumes to just how difficult things will be for our health care system now that this law is taking full effect.

Putting a personal perspective on this can help convey the message too, so I would like to take a minute to tell TPA readers about my experience yesterday morning with www.healthcare.gov! A quick visit to the website, selecting my state (Florida), and then the long wait began. The picture at the top of this post was what was on my screen and I waited for a long time and kept refreshing the page until I decided this wasn’t going anywhere. I returned a few hours later and there were still some delays.

Sadly, these stories and mine are just the beginning and the ‘train wreck’ is coming full steam ahead for working families who didn’t get a special exemption or a delay from President Obama. The limited reactions of officials to yesterday’s troubled launch won’t ease any fears, but TPA will continue our efforts in the hopes that Obamacare can be delayed in full so that Americans don’t see their taxes raised further; individuals aren’t forced to buy insurance they can’t afford; and subsidies are not blindly provided without proper means of verification.