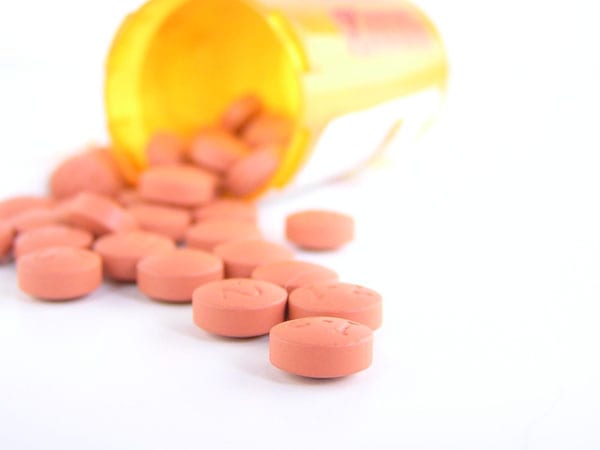 Listening to presidential hopeful Sen. Bernie Sanders (I-Vt.), pharmaceutical companies are squeezing U.S. households dry. Despite Bernie’s reckless rhetoric, some policymakers in the White House bizarrely believe that the socialist senator has the right idea about lowering drug costs with a new drug importation plan. Sanders’ proposed solution to keep drug prices under control – “reimporting” medications from “low cost” countries such as Canada to the U.S. – was cautiously endorsed by the Department of Health and Human Services (HHS) on July 31, 2019. Far from sustainable health reform, drug reimportation is little more than regulatory sleight-of-hand that would make millions of patients worse off. Policymakers should look for legitimate ways to lower costs, instead of cheap tricks bound to backfire and stifle innovation.

The Trump administration has long decried high and rising drug prices and the president’s attention to this issue – including pushing for streamlining Food and Drug Administration (FDA) approval procedures – has contributed to lower drug prices for the first time in five decades. But not all reform proposals would keep costs low while continuing to encourage innovation. On July 31, HHS announced the authorization of “pilot (or demonstration) projects developed by states, wholesalers or pharmacists and submitted for HHS review, outlining how they would import certain drugs from Canada that are versions of FDA-approved drugs that are manufactured consistent with the FDA approval.” That sounds a whole lot like a trial run for Sen. Sanders’ 2017 plan to allow pharmacists and individuals to divert cheap drugs from America’s neighbor to the north.

Shortly after the lawmaker released his plan, the Congressional Budget Office (CBO) examined the impact of the “The Affordable and Safe Prescription Drug Importation Act” on government spending.  Interestingly, the CBO discovered that reimportation had basically no impact on federal expenditures. Projected savings per year were about $680 million, less than half of a percent of the more than $150 billion that Medicare and Medicaid spend on medications (not even counting “Obamacare” subsidies for private plans on the individual marketplace).

Taxpayers, and consumers, by extension, are unlikely to see any real savings because generics (i.e. off-patent medications) comprise an astounding 84 percent of the total American drug market. Unlike brand-name medications, these drugs are cheaper in America than in Canada. Based on a 2019 analysis of top-selling generic drugs, “Eighty-eight percent of the top prescribed generics were cheaper in the United States than from Canada…” That’s a big reason why, according to OECD data, Americans spend less on prescription drugs per capita than they do in Canada, Norway, and Switzerland.

Patients and policymakers are perplexed that, even as American generics are affordable, brand-name medications cost significantly more here than in many other developed countries. But counterintuitively, these high prices pave the way for far lower prices once drugs go off-patent. Drug producers overwhelmingly set up shop, innovate, and sell their products to the U.S. market first because they know that strong American intellectual property rules and price flexibility will allow them to recoup the many billions of dollars invested in drug development. But once these costs are recouped and the drug no longer enjoys patent protection, myriad drug producers are free to compete with one another and sell generics at rock-bottom prices. PharmacyChecker notes, “With the smaller Canadian market, fewer manufacturers compete, which explains higher generic drug prices in Canada.” Unlike Canada, America’s strong protections on IP and price adjustments attract an outsized fraction of top pharmaceutical companies and new drug innovation.

Allowing pharmacies and individuals to import Canadian-style price controls would wreak havoc on the system and make it far more difficult for producers to recoup investments on life-saving medications. Over time, investment dollars would hemorrhage out of the pharmaceutical industry and fewer companies would see it as worth it to bring new medications to market. Down the line, there’d be far fewer generics available and far fewer producers to compete on sale and manufacture. If American generics are compromised as the result of reimportation, overall drug prices would rise to the detriment of millions of Americans.

And Americans wouldn’t be the only ones to suffer. According to the Canadian Pharmacists Association (CPhA), the Canadian drug market simply won’t be able to handle the combined demand of American and Canadian markets for brand-name medications. Since prices can’t adjust in the Canadian system (as opposed to the American system) to reflect this increased demand, shortages will surely follow.

Ordinarily, allowing trade of products across borders benefits everyone by allowing producers to do what they do best in the most efficient way possible. Reimportation, however, is a half-baked regulatory arbitrage scheme masquerading as trade. The same drug produced the same way only costs less in Canada because of price-fixing and government fiat. Imposing these made-up prices through the backdoor is a recipe for lower drug availability and higher prices. The Trump administration should avoid this trap and keep America the center of research and innovation.