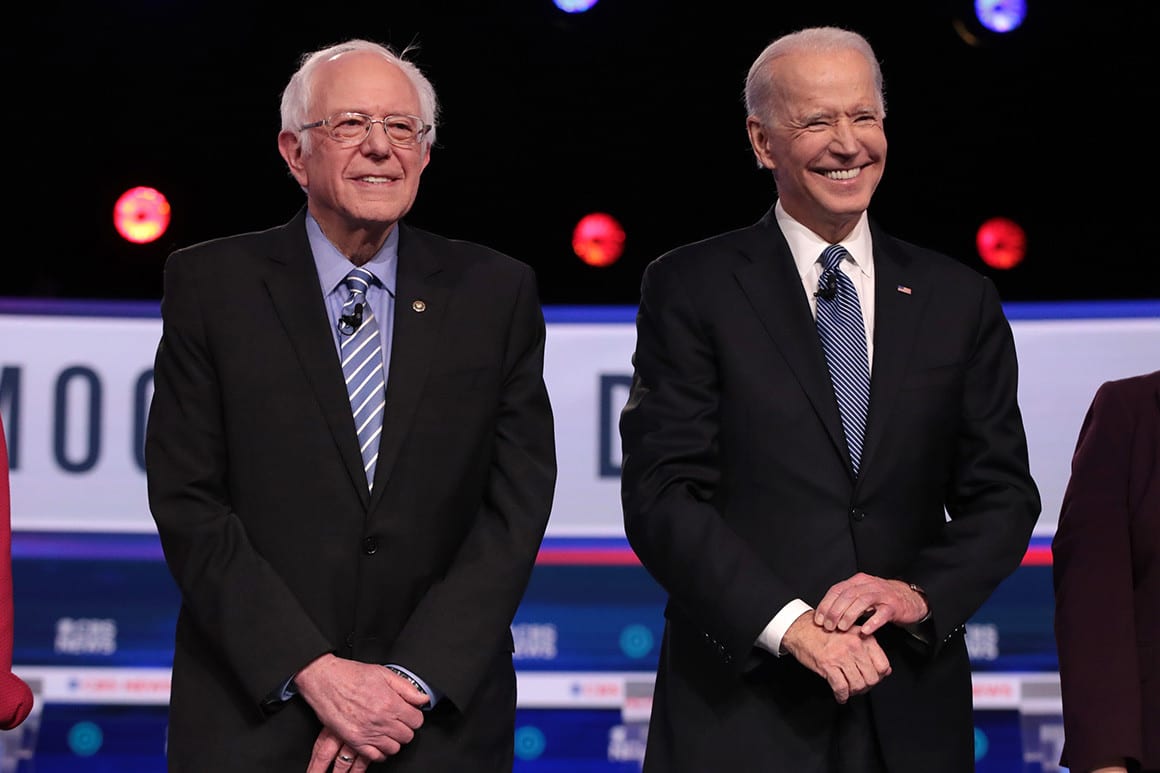 Medicare for All would fail coronavirus patients

This article was originally published in the Washington Examiner on March 19, 2020.

Tempers predictably flared at Sunday’s Democratic debate between Sen. Bernie Sanders and former Vice President Joe Biden as the two presidential contenders sparred over how best to deal with the coronavirus pandemic.

Sanders hasn’t hidden his love for democratic socialism and remains convinced that Medicare for All is the panacea for our current ills. In contrast, Joe Biden has championed a costly “public option” that may become Americans’ only healthcare option if government plans drive private insurers out of business.

Even the “mild” version of Medicare for All would be devastating for American families and make sudden outbreaks such as the current pandemic all the worse. Americans deserve better than tried-and-failed healthcare “solutions” that would make it far more difficult to halt the coronavirus.

For U.S. patients exposed to the deadly disease known as “COVID-19,” there’s more likely than not a hospital bed waiting for them if the need arises. According to research produced by the National Center for Biotechnology Information and data published in the Intensive Care Medicine Journal, the U.S. has the most intensive care unit (ICU) beds per person of any developed country studied, with 34.7 beds per 100,000 people. Germany is a distant second (29.2 beds), followed by Italy (12.5 beds). Yes, that’s right — despite being number 3 and besting countries such as Japan and South Korea, Italy only has about a third of the hospital bed capacity that the U.S. has, and it has paid the price. Patients over the age of eighty might now be denied treatment.

In the United Kingdom, whose National Health Service is held up as an exemplar of government-run care, the situation is even worse. It only has only 6.6 ICU beds per 100,000 inhabitants — less than one-fifth of U.S. capacity. Biden alluded to this during the March 15 debate, noting, “With all due respect to Medicare for All, you have a single-payer system in Italy. It doesn’t work there.” With this remark, Biden attempted to demonstrate the real-world implications of the policy differences between himself and Sanders.

Yet Biden’s proposal wouldn’t fare much better in averting an Italy-style catastrophe. His plan envisions a “public option” offered to all Americans that will supposedly “reduce costs for patients by negotiating lower prices from hospitals and other health care providers.” This government-provided health plan would offer lower reimbursements to providers than provided by private plans, resulting in more limited options similar to the current Medicaid system for low-income Americans.

Only around 70% of doctors accept new Medicaid patients (compared to more than 90% for privately insured patients) mainly because of chronically low government payment rates and onerous paperwork requirements. But imagine if far more Americans signed up for no frills “Bidencare” due to the allure of low, taxpayer-supported premiums that private insurers simply could not compete with. Suddenly, the government’s “negotiation” power to lower doctor and hospital reimbursements would grow considerably and already-struggling providers would be forced to make tough decisions.

Even at current reimbursement rates, more than 100 rural hospitals have had to shut their doorssince 2010. And according to the National Rural Health Association, nearly 700 additional hospitals are “vulnerable or at risk of closure.” Under a full-blown Medicare for All model, America’s 7,200 hospitals would take an average pay cut of $20 million resulting in 15 million fewer funded hospital stays nationwide.

By muscling providers into taking a reimbursement cut with a “public option,” Biden’s plan wouldn’t be much better. Either approach would spell disaster amid a cataclysmic pandemic where countless Americans suddenly require intensive care. Italy’s experience shows that already-struggling bureaucratized healthcare systems can’t accord a large-scale catastrophe on top of the needs posed by a rapidly aging population.

Americans need a better approach than hoping they don’t get sick and then being rationed out of hospital care when they do. Real solutions like expanding Health Savings Accounts can ensure that Americans’ hard-earned dollars go a longer way in seeing the doctors of their choice. Relaxing onerous regulations, such as Certificate of Need laws, can allow hospitals to quickly expand without having to get bureaucrats’ permission.

Market-based policies allow patients access to the best doctors and facilities while maintaining fair compensation for providers. These, not phony government schemes, are the solutions that coronavirus patients deserve.