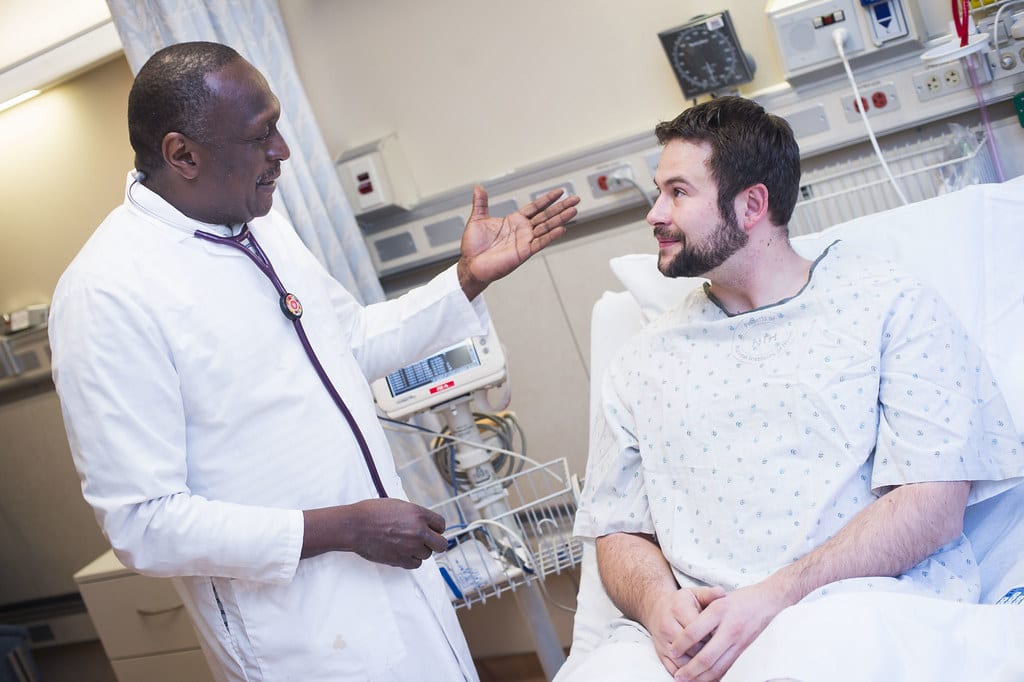 Medicare Advantage Can Save Taxpayers Billions…if Waste Is Cut Out

This article was originally published on Townhall.com on August 5, 2019.

Millions of seniors rely on Medicare Advantage, one of the few government entitlements that rely on private competition instead of federal fiat. But the trust and security underlying the healthcare program is under threat by large insurers trying to get as many dollars as they can from taxpayers. According to recent government reports, insurers offering Medicare Advantage plans have overcharged taxpayers by more than $30 billion since 2016. Policymakers must ensure that Medicare Advantage remains a program that saves taxpayers money, instead of morphing into a money pit that deprives seniors of access to critical medications.

But this comprehensive, cost-effective program is increasingly being undermined by insurance companies looking to skim taxpayer funds. The Department of Health and Human Services (HHS) estimates that insurers have overbilled the program by more than $9 billion each year for the past three years. From insurers overstating how sick their patients are to “documenting” unprovable, “serious” medical conditions, there is no shortage of shenanigans in the program.

This is nothing new. In 2016, The Center for Public Integrity revealed that, “Auditors on average could confirm just 60 percent of more than 20,000 medical conditions plans were paid to treat. The confirmation rates were much lower for some conditions, such as diabetes with serious complications, depression and some forms of cancer.” For more than 150 patients examined in the audit, overpayments exceeded $10,000. For more than 3,500 patients, overpayments topped $2,000.

As is the case now, the problem was “upcoding,” or insurers overexaggerating how sick their patient pool is. Medicare Advantage insurers logged all possible patient diagnoses real or imagined and used faux maladies to make medical costs appear larger than they actually were. Because of the incentive to rig the system, Medicare Advantage risk-scores are nearly 10 percent higher than for similar beneficiaries on traditional Medicare. HHS has long been aware of these issues, but there simply isn’t enough being done to curb program abuses. In February, the Department reported that, “referrals to law enforcement resulted in recoveries of $2.51 million for Part C” in addition to more than $60 million in self-reported and returned overpayments. This, of course, is a drop in the bucket compared to the nearly $10 billion in total annual overpayments.

To ensure that taxpayers aren’t having their hard-earned funds pocketed by unscrupulous insurers, the federal government must significantly increase auditing and policing efforts. NPR reports that the Centers for Medicare & Medicaid Services (CMS) is “proposing a series of enhanced audits tailored to claw back $1 billion in Medicare Advantage overpayments by 2020” as HHS launches nationwide audits of Medicare Advantage payments. But there’s plenty of money behind opposing any fix to the broken status-quo.  For example, industry trade groups such as America’s Health Insurance Plans deride CMS audits as “fatally flawed.” Insurers ought to realize that transparency and honest accounting are key to keeping Medicare Advantage a viable and successful program. If Medicare Advantage saves taxpayers hundreds of millions of dollars even with rampant abuse, imagine what it could do with a touch of much-needed accountability.