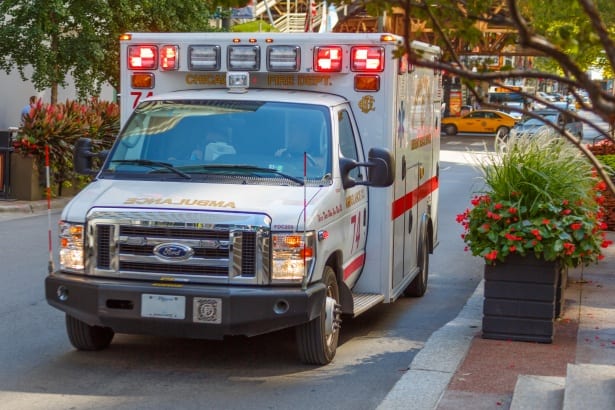 Greater Ambulance Flexibility Can Save Lives and Dollars

This article originally appeared in Catalyst on February 25, 2019.

When a patient finds themselves in the back of an ambulance, there’s little question of the final destination. While emergency rooms (ERs) are ideal for potentially-fatal ailments such as heart attacks and gunshot wounds, the over-reliance on ERs for more minor issues diverts key dollars and personnel away from where they are needed. According to an IBM Watson study, nearly a quarter of patients in the ER didn’t, in fact, require medical attention, and more than 40 percent required care that could have been carried out in a primary care setting.

To confront the chronic overuse of emergency facilities, the Trump administration recently launched a program via the Department of Health and Human Services (HHS) to encourage ambulances carrying Medicare patients to seek the appropriate venue for treatment. Allowing for intensive care on site or transporting patients to urgent care clinics or regular doctors’ offices, can give patients greater peace of mind and save taxpayers billions of dollars.

Under the new model, ambulance suppliers and providers are now free to collaborate more widely with medical professionals on the best place to transport the Medicare patient in the event of an emergency. Sometimes, the best answer is “nowhere,” since telehealth increasingly provides the ability to attend to patient needs digitally via interactive screens. This line of technology is already being used inside a handful of hospitals when a patient is admitted but cannot immediately be seen by a doctor.

The University of Mississippi Medical Center currently uses a telecommunications platform to treat ER patients at smaller hospitals, eliminating the need to transfer patients to larger institutions. A study examining 15 of Mississippi’s hospitals that used this virtual technology found an astounding across-the-board 25 percent reduction in staffing costs. Keeping patients away from even smaller hospitals by treating them on the spot via telemedicine in ambulances would likely save the system even more money over the long-run.

In addition to using telemedicine, ambulances carrying patients now have greater freedom to go to urgent care clinics and doctors’ offices. HHS has been experimenting with ambulance routing to urgent care centers over the past few years, doling out grants to localities willing to give innovative routing a try. In 2012, Reno’s Regional Emergency Medical Services Authority and Renown Health announced a public-private partnership dedicated to finding alternate destinations for ambulances, with nearly $10 million in funding aid from the federal government. Due largely to the grant, more than 6,000 emergency visits were avoided, saving everyone time and money in the process. By some estimates, an emergency room visit can cost nearly $2,000 more than an urgent care visit.

While policymakers have long acknowledged that the ER is often an expensive and inefficient way of treating patients, lawmakers and successive administrations have struggled to reroute care. President Obama tried to use the Affordable Care Act (“Obamacare”) to reduce uninsured low-income Americans’ access to the ER, but visit rates by newly-insured patients below/right-above the poverty line actually increased since the law’s passage. A 2017 study released in the Annals of Emergency Medicine found that the states which expanded Medicaid actually experienced more ER visits than similar states that did not expand Medicaid.

The answer to the overutilization of the emergency room is unlikely to be found in sweeping government programs, but rather a vibrant healthcare marketplace where consumers, ambulance providers, and institutions providing care alike can see and compare different prices. In the meantime, some tinkering and flexibility with existing government programs such as Medicare can ensure more options at a lower cost. Patients being hoisted out of their homes into an ambulance deserve the best care that makes the most sense. The HHS’s new program will make this a reality and serve as an example to states and other governments looking to save lives and dollars.