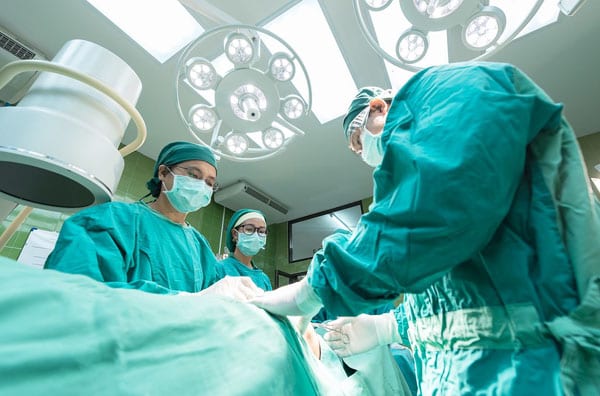 Free Market Forces and Healthcare: The Results Are In

If you feel like you’re spending more on your healthcare lately, that’s because you are.

In fact, we all are, and spending on healthcare will increase by more than five percent every year until 2026. Premiums and out-of-pocket spending will rise faster than inflation, wages, and economic growth. Rising premiums will inevitably cut into wages, as employers respond to increasing rates by garnishing paychecks. Recent research shows that the toll on wages plays a significant role in income inequality.

But wages aren’t the only casualty of ever-rising premiums. Taxpayers across the country will be forced to foot the bill for 47 percent of these costs by 2026, taking away vital resources from national defense, schools, and infrastructure.

What’s driving these costs? It’s thorny, mainly due to the many unchecked actors operating in the healthcare system.  But, one factor clearly tips the scale more than any other, widespread government intervention across the medical sector. The third-party payer system in America fuels widespread waste, with around 20 percent of all spending going toward unnecessary tests and services conducted each year. The problem is significantly pronounced on the public insurance side of the system, as Medicaid pumps more than $500 billion per year into the system with little discernible impact.

It is, of course, easy to write off the problems of the medical sector as unique to healthcare. Advocates of increased government intervention will inevitably cite informational asymmetries and adverse selection issues as reasons why healthcare can’t be treated like any other service.

There may be some truth to these arguments, but the data on healthcare costs fits a disturbing pattern. Across sectors, more government intervention coincides with high-and-rising prices.

As a recent chart from the American Enterprise Institute (AEI) illustrates, provision of services and benefits tends to get costly when the government foots a significant portion of the bill.

This graph is troubling for a number of reasons, but points to a clear reality: government interference is driving up prices. The prices of both Medical Care Services and Hospital Services have both increased far above the rate of inflation over the last ten years.

For both services, government interventions – such as the 340B Program and Medicaid expansion – have increased over this period, as well. When the government puts its finger on the scale, picking winners and loser, the result is a distorted market, pushing more dollars towards industry players that are not incentivized to innovate or improve.

And, when these sectors are subjected to market forces, prices follow the pattern that customers are used to seeing for other goods and services. Take, for example, Lasik eye surgery. Lasik is rarely covered by insurance. Customers pay out of pocket, so surgeons are incentivized to improve and streamline the procedure to attract customers.

Look at the AEI graph. Did other medical services go down over the same period?

It’s simple. We need less government in our healthcare system to create a real market and pave the way for competition to facilitate innovation and advancement. Right now, America is headed in the wrong direction. But with reforms that incentivize shopping around and increase the number of providers and facilities, healthcare on the whole can go the way of Lasik.