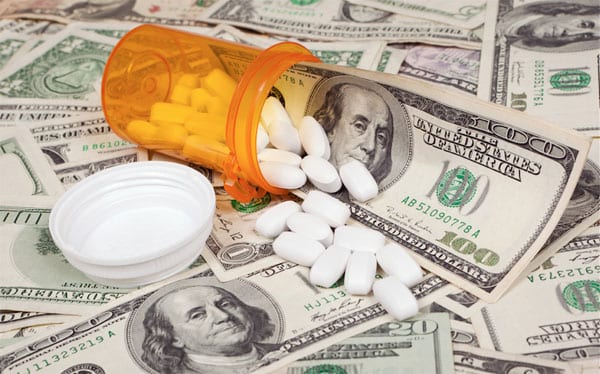 By Fixing 340B, Congress can Prove that its Serious About Healthcare Reform

Since his inauguration, President Trump has pushed for significant healthcare reforms, repeatedly emphasizing the importance of bringing down pharmaceutical prices. In May, the Administration released a 44-page plan to keep costs at bay, ranging from innovative pilot programs to greater price transparency.

As more voices weigh in, policymakers have an ever-expanding array of options to make pharmaceuticals affordable for millions of Americans. In particular, scaling back large government initiatives that rely heavily on third-party payer systems can expose products to market pressures and save taxpayers billions of dollars. Last week, U.S. Department of Health and Human Services Secretary Alex Azar testified before the House Energy and Commerce Subcommittee on Health regarding yet another government initiative eating up taxpayer dollars – the 340B program.

While many Americans might not be familiar with 340B by name, they’re paying handsomely for it. In brief, Washington provides taxpayer dollars to healthcare organizations – principally hospitals – to help those organizations provide lower cost prescription drugs to low-income or other vulnerable patients. But as with any promising-sounding government undertaking, little ever goes according to plan.

A GAO report last month revealed that 340B has repeatedly failed expectations due to vague or nonexistent metrics and lax oversight. According to the report, “[Health Resources and Services Administration]HRSA has identified instances of diversion and the potential for duplicate discounts at contract pharmacies, among other findings of noncompliance…since fiscal year 2012, HRSA identified at least 249 instances of diversion at contract pharmacies and 15 instances of the potential for duplicate discounts for drugs dispensed at contract pharmacies, as of February 2018.” Additionally, systemic flaws have allowed hospitals to keep funds that were supposed to be passed on to patients as savings.

Clearly, hospitals and other providers have discovered the program delivers taxpayer dollars with lax oversight and accountability. Predictably,hospitals are aggressively fighting to stop any changes to the program.

In his testimony, Sec. Azar proposed sensible solutions that would keep the program in check. Most critically, the Secretary called for greater oversight of the program to stop outright abuse and cut down on possible duplicative payments. These ideas are nearly identical to the GAO’s recommendations on how to improve the program to cut down on waste. Similarly, Sec. Azar proposed lowering the discount percentage that hospitals and other providers would receive, again cutting down on the incentive to cheat the system and accrue taxpayer dollars.

Taxpayers and consumers need Congress to take up this fight. The hospital lobby lost a major lawsuit this week that would have eliminated the Center for Medicare and Medicaid Services’ (CMS) ability to make changes to the program’s payments, but the status-quo will still prevail if lawmakers are not proactive.

Congress may be reluctant to take action, given the Administration’s insistence to take the lead in setting health-care policy. Using his bully pulpit to singlehandedly force manufacturers to slash prices, for instance, created an aura of preemption that dissuaded Congress from acting. Given these steps by the Administration, it’s critical for Congress to show voters they’re committed to lowering costs and cutting waste.

Voters sent a clear signal in electing this Congress in 2016 that fixing the American healthcare system was a major factor. A bold effort to reform the 340B Program, in conjunction with other measures that would give consumers control over their own health-care, would show voters that their efforts were not in vain.