Anti-Patent Drug Law Not What the Doctor Ordered 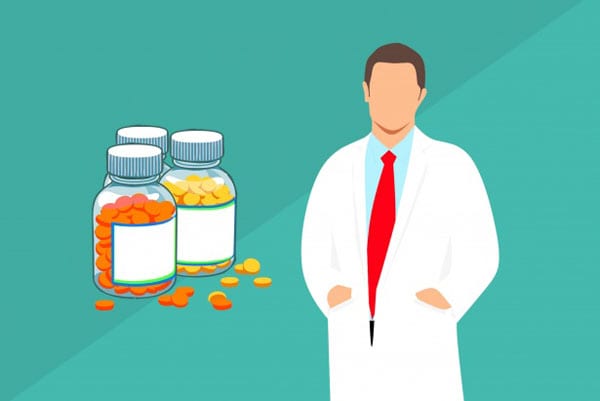 This article was originally published in RealClearPolicy on June 14, 2019.

Millions of American patients benefit each year from thousands of life-saving drugs produced by drug manufacturers armed with powerful intellectual property (IP) protections for their products. If some in Congress had their way, however, basic patent protection could be labeled as “anti-competitive” activity, causing cutting-edge pharmaceutical innovation to go the way of the dodo. Sens. John Cornyn (R-Tex.) and Richard Blumenthal (D-Conn.) are on a mission to stop what they see as current-day “robber barons” who “crushed competition and stifled access to cheaper generic drugs” over the past few decades. Instead of destroying the IP protections undergirding countless game-changing medicines, lawmakers should work with producers to find ways to bring down costs and improve quality.

If Sens. Cornyn and Blumenthal are successful, the Federal Trade Commission (FTC) would be able to pursue antitrust legal action against pharmaceuticals that have a “thicket” of patents protecting their products. From novel manufacturing processes to chemical formulations to different uses, many different types of innovation go into drug development. The lawmakers claim that a critical mass of patents makes it all-but-impossible for smaller companies to fight for the right to produce a drug. But when asked by IPWatchdog to specify exactly how many patents constitute a “thicket,” Sen. Cornyn’s office couldn’t come up with a number. An aide suggested that the FTC would determine this case-by-case, depending on whether it seems like a multitude of patents are quashing competition.

For example, the agency may decide to go after Eylea, a novel treatment for macular degeneration for diabetics at risk of vision loss. The medication has more than 70 patents on topics and innovations ranging from tissue penetration to the treatment of inflammation. All of the minutiae involved in the drug’s IP, though, has not translated to higher drug prices. From 2012 to 2017, the price of the drug actually fell slightly after adjusting for inflation. Defenders of increased regulation often ignore cases such as Eylea, and hone in on drugs such as Humira which has over 100 patents and has seen rapid cost-growth.

But whether or not all of these patents have merit is already being litigated through the court system. Alleging that AbbVie (maker of Humira) is engaged in anti-competitive activity that is costing consumers (and healthcare providers) billions of dollars per year, a grocery store union, the city of Baltimore, and a variety of healthcare plans are currently pursuing a class-action suit. It will be difficult for the plaintiffs to prove their case, but that’s the point: extraordinary claims of conspiracy should demand extraordinary evidence. Proposed FTC regulations would shift this burden to producers, who would need to constantly defend themselves from government threats to their intellectual property.

The FTC would also be tasked with eliminating “product hopping,” which happens when a pharmaceutical producer tweaks a drug to (allegedly) extend the life of a patent. For example, a manufacturer may release a new, improved version of medication that only needs to be taken once a day versus twice a day for the existing product. Here, lawmakers are missing the forest for the trees. Tweaks to products that allow them to be effective for longer is beneficial to a large swath of consumers, while the minority of consumers that need the old version for whatever reason can still obtain the old formulation.

When producers “hop” to a new formulation, generic competitors are free to sell their version of the old product to consumers. That’s what happened with the acne-fighting drug Doryx, when brand firm Warner Chilcott changed the product to allow for different dosages. Consumers who wanted “ol’ reliable” could still get what they wanted from Mylan, which produced generic versions. Consumers benefited from more choices, and no one was forced onto a product they didn’t like.

In their crusade for a cruder, more belligerent FTC, Sens. Cornyn and Blumenthal are ignoring the role of intellectual property in giving millions of Americans a longer and better quality of life. Instead of demonizing drug producers, lawmakers and bureaucrats should take input from all sides on the key cost drivers in the pharmaceutical and wider healthcare sector. Working with, not against, producers and providers bring down costs and save even more lives.