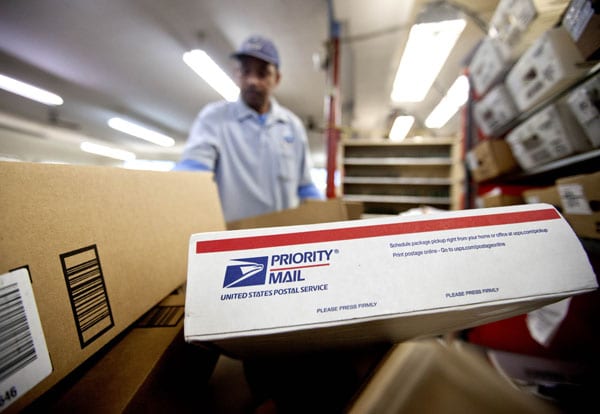 USPS cronyism is unaffordable for shippers and customers

This article originally appeared in The Hill on January 2, 2018

The U.S. Postal Service (USPS) is as determined as ever to make customers pay more as they defend ludicrous schemes keeping the agency deep in debt.

The cost of First-Class postage is slated to increase from 49 to 50 cents on Jan. 21 as part of a desperate move by postal officials to stem the financial bleeding. As the Taxpayers Protection Alliance (TPA) has previously documented, increases in postage rates promote risky behaviors with non-postal business ventures and shore up liabilities in a massively-underfunded pension system buoyed by unrealistic promises.

The USPS will also use the rate hikes to pay for “Made in America” fleet acquisitions that will likely be equipped with unnecessary, expensive technology. Uneconomical trucks and pensions are only the tip of the Postal Service’s iceberg of misguided priorities. Ratepayers buying postage remain largely unaware of the bizarre hierarchy of subsidization that results from USPS’s fee schedule.

But, the biggest and ugliest secret lies below the surface in the rampant postal cronyism that disproportionately benefits e-commerce giants such as Amazon. In April, a Citigroup analysis found that Amazon gets roughly $1.50 in shipping subsidies from every package delivered via the Postal Service.

This “gift card from Uncle Sam” is the unintended consequence of a 2006 law passed by Congress that did not meaningful require USPS to keep competitive rates in line with those charged by private competitors like FedEx and UPS.

Amazon’s deal hasn’t gone unnoticed by President Trump. In a tweet on Dec. 29, President Trump questioned, “Why is the United States Post Office, which is losing many billions of dollars a year, while charging Amazon and others so little to deliver their packages, making Amazon richer and the Post Office dumber and poorer?”

USPS has changed quite a bit over the past decade. Package delivery surged in popularity, as Amazon and other e-commerce suppliers made it easy to search and order anything under the sun. “Last mile” package deliveries via USPS have become part and parcel of Amazon’s business model, accounting for around 40 percent of all deliveries.

But, the true cost of delivering these packages is shrouded in mystery and may never be known because the USPS doesn’t distinguish processing costs for competitive package deliveries in the same way it does for First-Class mail.

While any e-commerce merchant can take advantage of USPS’s outdated, below-cost pricing model, Amazon takes things a step further. The Postal Service has entered into an arrangement with Amazon to deliver packages on Sunday, to help fulfill the speedy delivery promises driving the company’s market share.

Postal Service workers are asked to work 60-hour weeks with little pay around the holiday season to further the riches of a wildly successful corporation. Now in 2018, package rates for the general public are set to rise at a faster rate than regular mail, but the pricing schedule does little to bridge the gargantuan gap between cost-adjusted letter and package rates.

Amazon’s subsidy, however, is a drop in the bucket compared to the benefits bestowed on Chinese e-commerce players. Thanks to a quirk in an international treaty, poorer and “transitional” countries like China can enjoy subsidized freight rates via the postal services of richer destination countries.

As a result, the Postal Service subsidizes the delivery of Chinese exports to American customers so heavily that buyers are paying little more than underlying production costs.

Leading Chinese suppliers like Alibaba (valued at $265 billion) can actually ship their products to America at lower costs than American merchants shipping their products in-country.

Want to ship a 3-lb. product to China from New York City or Washington, D.C.? You’ll almost certainly pay at least $30 for the privilege of using USPS services. But that same package inbound would cost Alibaba less than $20 via USPS subsidies to China Post.

The shady deals and fine print undergirding USPS transactions make for a straightforward business model: If a fledgling American entrepreneur wants to rake in on subsidies from the Postal Service, he or she should shutter his or her start-up and beg for an executive role at an e-commerce giant. Better yet, he or she should move to Shanghai and start shipping already-subsidized products to America for practically nothing.

These favorable arrangements won’t be going away anytime soon, thanks to USPS’s monopoly on First-Class mail and constant pursuit of higher fees for captive customers. But Congress can act to ensure that USPS package costs reflect their fair share of fixed costs and force USPS arrangements to be impartial.

Amending Universal Postal Union treaty provisions would be more complicated, but renewed pressure on the United Nations is giving America unprecedented leverage. Insisting on a level playing field in postal delivery would give letter senders and shippers of all sizes the benefit of affordable but fair rates for all.