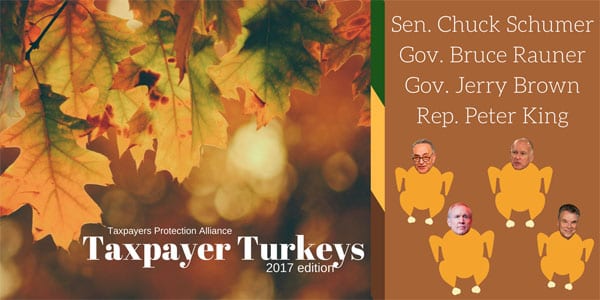 Thanksgiving, that magical, frigid, calorie-laden time of the year, is here once again. The holiday means a myriad of different things to different people. To many, it means football, food, and inevitable debates with family about politics. For the Taxpayers Protection Alliance (TPA), Thanksgiving is yet another opportunity to hold politicians’ feet to the fire and ensure that taxpayers are not getting the short end of the stick. So, without further adieu, we present our 2017 Taxpayer Turkeys! This year, we selected two Republicans and two Democrats that continue riding the gravy train of hard-earned taxpayer dollars.

Illinois Governor Bruce Rauner ended last year on a dastardly note, signing into law the Future Energy Jobs Bill to the detriment of consumers and taxpayers statewide. The legislation, which went into effect on June 1, provides subsidies for two Exelon nuclear plants to the tune of $16.4 billion over the next decade. As if that wasn’t enough, the expanded renewable portfolio standards will drain $2 billion out of the economy through 2030. And at every turn, Gov. Rauner has refused to reign in fiscal irresponsibility in Springfield. Despite overdue bills that are rapidly accruing due to processing delays and a lack in appropriation, Illinois’ chief executive vetoed the Debt Transparency Act. The bill, which would inform taxpayers on the state of the bill backlog on a monthly (instead of yearly) basis, would require agencies to regularly report on the interest accruing on the backlog. Thankfully, the Illinois General Assembly overrode Gov. Rauner and sailed the bill into law, ensuring that taxpayers can keep tabs on the $16 billion backlog. 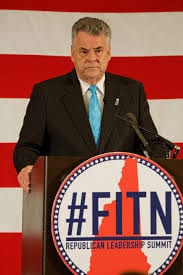 Rep. King has become a paragon of fiscal irresponsibility, opposing initiatives to reign in the federal government at every turn. He regularly warns of the “dire consequences” of the Tax Cuts and Jobs Act, despite large tax rate reductions and bracket consolidations. His support for continuing the state and local tax deduction is bizarre, given that states like New York regularly use the deduction to raise taxes and expand harmful spending programs that Rep. King claims to oppose. The lawmaker stood steadfastly against the joint budget resolution, which paved the way for hundreds of billions in spending cuts and paved the way for comprehensive tax reform. King’s dire prognosis that recent tax and spending legislation would “hurt the people who voted for Donald Trump” is based on a naïve view that state and local deductions can bring money back to New York State without encouraging the state to raise taxes on residents. To add insult to injury, Rep. King has made a habit of attacking lawmakers critical of wasteful government disaster spending. In King’s strange worldview, the federal government can be trusted to dole out relief without cronyism and mission creep. 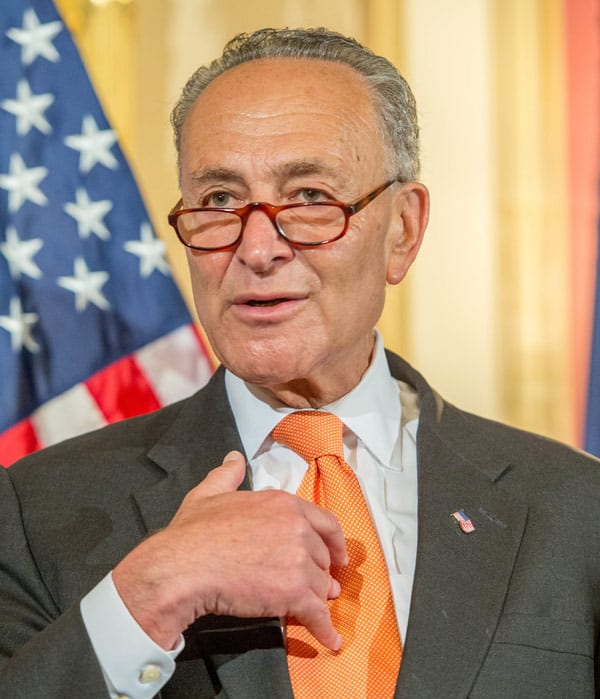 Sen. Chuck Schumer has been fighting tooth-and-nail to ensure that President Obama’s failed agenda continues to grip government. The New York Senator regularly deploys scare tactics to oppose tax reform and repeal of the individual mandate, asking his fellow lawmakers to suspend disbelief and keep the fatally flawed policy in place. Take, for instance, Schumer’s repeated pronouncement that “insurance premiums go up 10 percent more and 13 million people lose coverage” if the mandate was nixed. But, as Forbes editor Avik Roy has pointed out, these sorts of misleading figures assume that the Obamacare mandate has “near-magical powers” in getting people to sign up for insurance. Schumer’s fantasy mentality ignores the role of Obamacare in raising healthcare costs and cancelling affordable plans for millions of Americans. This is but one of many issues where the Senate Minority Leader supports a heavy-handed federal approach despite the weight of the evidence. Schumer’s support for e-cigarette regulation ignores the potential of electronic tobacco products to save millions of lives. 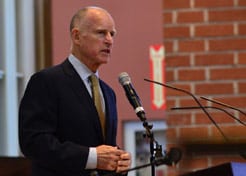 It’s hard to know where to begin with the “President” of the “Independent Republic of California.” Earlier this year, Gov. Brown signed into law a whopping 12-cent-a-gallon increase in the gasoline tax and a multi-tiered increase on vehicle fees, despite a majority opposing the measures. Brown and his legislative allies claim that the billions raised will go toward repairing roads and constructing mass transit projects, despite a history of poorly-targeted infrastructure spending in The Golden State. California’s chief executive continues to champion California High-Speed Rail, despite a risk assessment released by the Federal Railroad Administration in December that concluded the “bullet train” was seven years behind schedule and would likely come in billions over budget. This is hardly surprising; similar projects have repeatedly failed to live up to hype. Gov. Brown’s enthusiasm for the project as part of a costly flawed climate agenda will likely wind up costing taxpayers billions for decades to come.