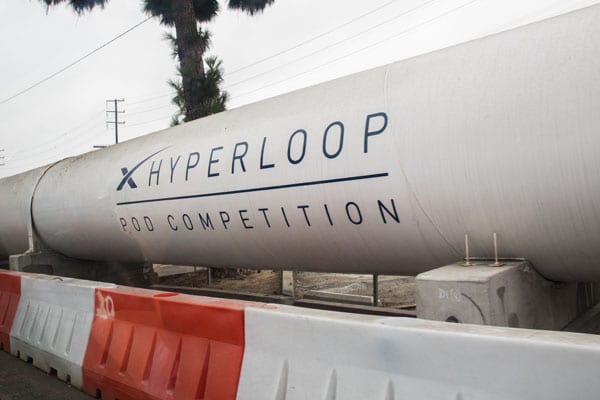 This article originally appeared in The Hill on November 13, 2017

Buoyed by promises of large federal infrastructure funding injections, states are scrambling to get their piece of the pie. Car-centric Colorado is no exception, as the state teams up with Hyperloop One to study the feasibility of hyperloop “levitating pod” technology across the Rocky Mountains.

Familiar refrains about “crumbling roads and bridges” and ineffective public transit systems, coupled with vague promises of federal subsidies, are leading policymakers to explore new technologies for moving people and goods around. While enthusiasm for futuristic planning is understandable, it’s all-too-easy to stick taxpayers with the bill. With cost overruns and failed promises being the norm in infrastructure planning, policymakers need to ensure that pipe-dreams stay private.

The Hyperloop would be centered around Denver International Airport, with stops in Fort Collins, Vail, Pueblo, and Cheyenne, Wyo. But installation of the first 40 mile stretch is estimated to cost $3 billion, with the entire system costing $24 billion. And Musk’s estimates have a history of being over-optimistic.

As Brad Plumer points out, Hyperloop One claimed it would be able to gobble up all necessary land from Los Angeles to San Francisco for $1 billion. Even excluding land acquisition costs, Musk estimated a per mile cost of $25-27 million. But entirely sealed-off tracks, like the underwater train running from Helsinki to Stockholm, cost around $64 million per mile.

Construction costs tend to be systematically higher in the United States than in other developed countries for a variety of reasons, including environmental impact reviews and drawn-out regulatory processes. But whether in the United States or elsewhere, “megaprojects” tend to experience cost overruns in the 40 to 50 percent range, according to Oxford University’s Bent Flyvbjerg.

Faced with a price tag that could easily exceed $40 billion, it’s only natural to ask who will pay the bill. Despite Colorado’s insistence that it “is not going to be the pockets for this,” it’s hard to see the funding process go any other way. Hyperloop One projects $2 billion in revenue per year, implying that the project will take a decade to recover costs, even taking the low-balled cost estimates into account.

And, unsurprisingly, revenue projections offered by infrastructure “consultants” don’t live up to hype.  For all of this potential spending, taxpayers would be getting a technology that is little more than a pipe dream. A “successful test” of the Hyperloop in the near perfect testing condition of the Nevada desert featured a sled going 70 mph. This is a far cry from the 700 mph envisioned in proposals of places that will have less-than-ideal terrain.

There’s nothing wrong with getting excited over unproven technologies with transformative potential. But when taxpayers see the handwriting on the wall, they’re right to be skeptical. Musk has a long history of securing federal funds for his efforts, and giving over-optimistic estimates of his projects’ completion times. By standing firm against government funding of Hyperloop and similar technologies, policymakers can ensure that Musk and other entrepreneurs use realistic cost and revenue estimates when dreaming up their ventures.

Without the promise of a government spigot, company brass will have more motivation to stay out of the red. A study by Allen Consulting Group and the University of Melbourne in Australia found that projects with private dollars on the line provide “superior performance in both the cost and time dimensions.”

With these findings in mind, federal lawmakers and state legislators around the country ought to be prepared for the inevitable tug-of-war for funding the Hyperloop and other ambitious “next generation” technology. By pushing for as much private funding and responsibility as possible, taxpayers can be shielded from billion dollar boondoggles.