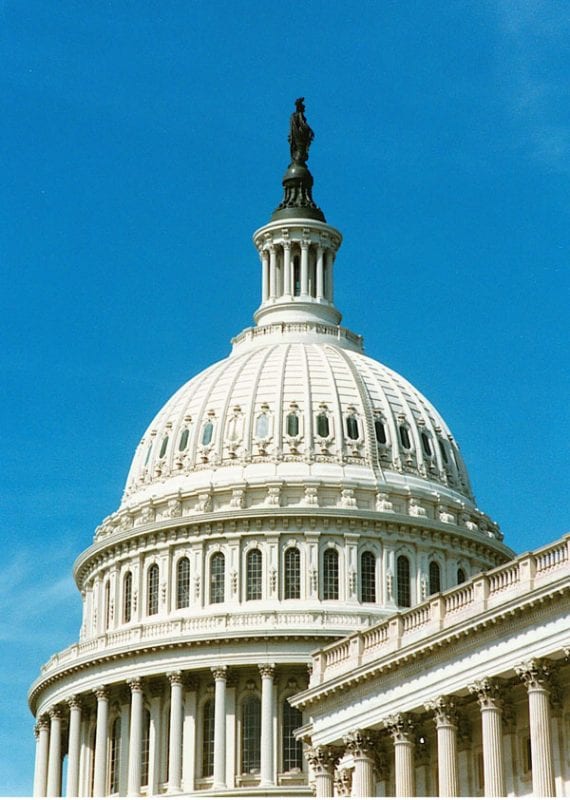 Federal Fumbles Keep Billions in Taxpayer Funds on the Sidelines

It’s that time of year again! As the NFL embraces the harsh mistress of playoff season, some fans can’t help but to find strange parallels between the performance of their squad and the current Congress. Most franchises will inevitably go through a “rebuilding phase” after the bottom drops out, with uneven performances from rookies and lingering issues from the rank-and-file. Congress is similarly in rebuilding mode, correcting for the gargantuan missteps over the past decade with a mixture of Hail Mary’s and fruitless quarterback sneaks.

Just like the crotchety fans tucked away in the far corner above the end zone, Sen. James Lankford (R-Ok.) sees it as his mission to point out his team’s flaws regardless of the score, in order to keep the rooks from getting sloppy.  His third annual “Federal Fumbles” report, released this week, holds lawmakers’ feet to the fire in identifying continued spending waste and onerous regulations that harm taxpayers and consumers alike. Detailing more than $470 billion in wasteful and questionable spending and regulations, Sen. Lankford reminds everybody that Washington has a spending problem, not a revenue problem.

In addition to the ridiculous examples of wasteful spending like chimpanzee care and stickleback research, [DW1] below are three of the worst federal fumbles that continue to set taxpayers back, despite proposed spending cuts and historic deregulation.

As per usual, the federal government never ceases to astound taxpayers with bizarre line items that somehow cling to life for years. The National Institutes of Health (NIH), for example, continues to maintain over 100 chimpanzees at the National Center for Chimpanzee Care at a cost of more than $52 million since 2000. Federal researchers have claimed that researching chimps has positive benefits for humans, given genetic similarities between the two. This argument was debunked in 1997, when a National Research Council report concluded that chimp research was underwhelming. Yet, the NIH continues to hold primates, at a substantial cost to taxpayers.

But in the contest for the strangest spending item, the National Science Foundation (NSF) outflanks the competition. Since 2003, the NSF has spent $2.6 million studying how the multi-spined stickleback fish adapts to different environments. Studies on how this novel fish survives in the murky waters of Iceland may be….interesting, but are completely irrelevant to the interests of taxpayers back in the US. But NSF’s fixation with Iceland doesn’t end with the stickleback. Last year, the NSF funded a nearly $40,000 project to examine the Icelandic governments response to the influx of Syrian refugees. American taxpayers should not foot the bill for research on the public services of other countries supporting refugees.

USPS Employees Sure Take a Lot of “Union Time”

TPA has long held the United States Postal Service (USPS) to account for its abysmal financial management, poorly executed strategy, and tendency to paper over both. The employees’ union enjoys considerable leeway in creating compensation and vacation policies that are unreasonable and unsustainable. But during the 2016 election, the union sank to even lower levels, securing a total of 2,776 days for 97 carriers “to participate in activities on behalf of the union.” The[DW2]  USPS Labor Relations Manager had no issue going around established policy to grant this union time, despite over $90,000 in overtime costs to cover for the electioneering carriers. The IG found that nearly all of these union activities took place in six battleground states, removing any doubt as to the political import of the leave policy.

The Government Accountability Office’s (GAO) latest report on government programs at “high risk” for waste and abuse shows an ever-growing list of initiatives needlessly siphoning away hard-earned dollars from taxpayers. The report, released in February, highlights three new areas of waste-ridden federal spending and expands two existing areas. Among the more egregious examples is the federal government’s $450 billion in environmental liabilities created mainly by weapons testing. The GAO heavily criticizes the Department of Energy (DOE) and Department of Defense (DOD) for not pursuing a risk-based program of cleanup spending, and assigning large expenditures to low-risk contamination.

Another boondoggle is the 2020 Census, which is on track to cost far more than the $12.3 billion spent on the 2010 Census. Census costs continue to proliferate in real terms, with a 31 percent increase in cost from the 2000 Census. Even more scandalous is an avalanche of improper payments that grows every year.

Late last year, a Treasury IG report detailed multiple problems used in the servers supporting the Bureau of Fiscal Service’s (BFS) public webpages. No formal cybersecurity protocol was found, and some underlying software was more than a decade old. But, as TPA has documented, the BFS is hardly alone in having trouble securing its digital keep. The Internal Revenue Service hasn’t moved past the 1960s in technological prowess. According to a September auditconducted by the Treasury Inspector General (IG) for Tax Administration, nearly 70 percent of the infrastructure underpinning IRS operations is “beyond its useful life.” For the fiscal year 2016, 107 incidents requiring IRS support were traced back to aged software, with resulting replacement costs totaling $6.6 million. Despite “modernization initiatives” repeatedly promised across the board to shore up federal IT, the situation remains as dire as ever.

Sen. Lankford’s latest report shows that spending is out of control.  Instead of just reading the report and dismissing the findings, Congress needs to act and fix these spending problems.