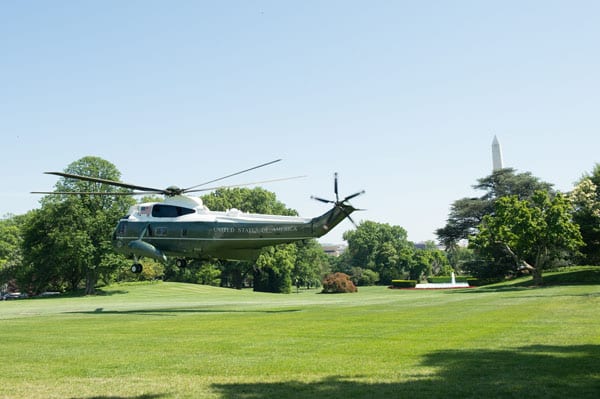 Unprecedented downsizing and deregulation is shaking up the federal government as agencies are being pushed to slim down their budgets and cut down on bloated payrolls. “Voluntary separation payments” or buyouts are being offered at many agencies, in line with President Trump’s pronouncements that the federal government is simply too bloated to carry on business as usual. Aside from the regular fear mongering about federal downsizing leading to all sorts of societal ills, critics have raised the more pressing issue of employee morale.

Like any organization, layoffs and attritions have the potential to destroy employee morale and hamper mission-critical work. And critics of spending reductions have argued that proposed cutbacks have resulted in low agency morale. Not that this is anything new. In 1990, the National Commitment on the Public Service claimed that agency staff reductions were causing plummeting morale, to the detriment of key government functions.

But a closer examination reveals that federal morale is at decadal highs. And, after federal employees claim that they will leave public service after a government shutdown, agency workers appear to place historically high trust in leadership, and see strong performances as being rewarded.

The annually released Federal Employee Viewpoint Survey, administered by the Office of Personnel Management (OPM) records satisfaction levelsacross the government, on a wide variety of metrics. Federal employees were surveyed in May as the EPA was announcing their buyout programs and the State Department underwent a large-scale reorganization. The federal hiring freeze was four months old, and talking heads lamented the decline of the federal workforce.

And strangely, government workers recorded high levels of trust with their leadership. Across agencies, 56 percent had “a high level of respect for my organization’s senior leaders,” up from 51 percent and 53 percent for the two preceding years.  Employees have not been demoralized by the alleged ethics violations of Trump’s appointees. In fact, 54 percent of federal workers believe that their “organization’s senior leaders maintain high standards of honesty and integrity,” up from 50 and 52 percent for the two previous years.

Studying federal morale over the past two administrations, researchers at the Government Accountability Office (GAO) and the OPM have found a bit of a paradox. Despite the clear left-of-center inclinations of government staff, morale declined during the Obama years and increased during years of Republican executive control. The GAO’s Employee Engagement Index (EEI) logs a large bump in the 2008 to 2010 period, before plateauing in 2011 and steadily declining thereafter. It’s tempting to explain away these employee sentiments as a response to the sequestration and shutdown showdowns after Republicans took back control of Congress from the Democrats.

But, looking closely at the data, something doesn’t jive. The “leaders lead” component of the EEI, which asks questions related to the performance of senior leadership within the organization, registered the steepest declines from 2011 onward. And, even though the majority of the federal workforce saw lower morale during the Obama years, results varied drastically by agency.

In fact, “the majority of federal agencies sustained and a few increased EEI levels during the same period.” The decline was concentrated in a handful of large government agencies and departments, such as the Department of Defense. If the primary driver of low morale were shutdowns, budget tussles, and sequestration, employee morale would consistently dip across levels of government.

Clearly, leadership is the key ingredient shaping morale across the federal government. While the “business mentality” of tying performance to compensation and reducing unnecessary staff is much maligned, it can actually improve worker satisfaction by imbuing employees with a sense of purpose. At a time when federal work as seen as cushy, calcified, and non-demanding, bringing some rigor to agencies can provide a much needed jolt in the arm.

It is, of course, easy to read too much into a simple collection of surveys. But, at the very least, it seems unlikely that federal staff reductions, retirement changes, and budgetary intrigue causes morale to plummet. And that’s good news, especially for the taxpayers bearing the brunt of a bloated, ineffective federal government.