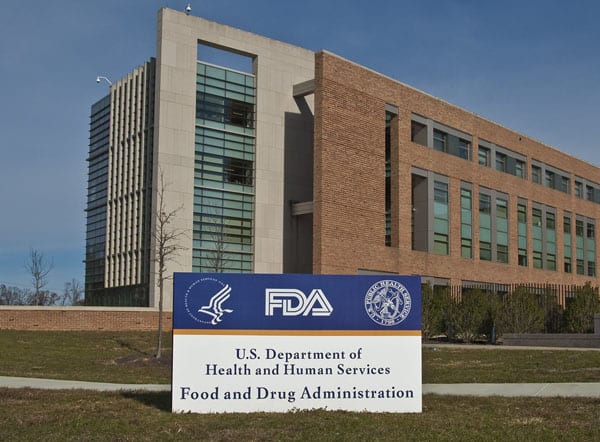 For the past few summer recesses, lawmakers have been dismayed to find that there is no longer “sweat proof” or “instant protection” sun tan lotion on sale to keep the harmful rays at bay. These choices were taken off shelves across the country because of regulations finalized by the Food and Drug Administration (FDA) more than six years ago banishing broad sunscreen claims without evidence. This is just one of countless regulatory battles that the FDA has engaged in over the years, ranging from cosmetics rules to e-cigarettes.  While the agency has furthered important consumer protections since its creation in 1906 and recently allowed a quicker “right to try” process for medications (and medical procedures), the FDA has also repeatedly overstepped its bounds and diminished innovation in the process. The Taxpayers Protection Alliance (TPA) has enough Summer Reading on the subject to keep members of Congress occupied for hours on the beach, hopefully under the protection of an umbrella instead of a government bureaucrat.

As powerful gatekeeper of the food and medical industries, the FDA can make or break a company’s quest to bring life-enhancing products to market. Unfortunately, the incentives faced by the agency don’t always line up neatly with consumers’ interests. If the FDA decides to approve a drug, device, or food that turns out to be deadly, a large public outcry would likely lead to forced resignations and more strings attached to funding. But if the agency takes the risk-adverse track and keeps promising products off the market, the public will never notice the hypothetical difference that the product could have made. Henry I. Miller of the Hoover Institution argues that this tendency leads to a flawed regulatory process:

The first kind of error is highly visible, causing the regulators to be attacked by the media and patient groups and to be investigated by Congress. But the second kind of error — keeping a potentially important product out of consumers’ hands — is usually a nonevent and elicits little attention, let alone outrage. The fda’s approval process for new drugs has long struggled with this  Type I/Type II dichotomy. Consider, for example, the fda’s approval in 1976 of the swine flu vaccine, generally perceived to have been a Type I error, because although the vaccine was effective at preventing influenza, it would manifest a major side effect that was unknown at the time of approval — 532 cases of paralysis, including 32 deaths, from Guillain-Barré syndrome.”

Additionally, the FDA can err by not considering a product within a wider industry context. The tobacco industry, for instance, is full of conventional products (i.e. cigarettes and cigars) that come with a myriad of health risks and long-run consequences such as lung cancer and heart disease. The advent of “heat-not-burn” products allows for smokers to consume tobacco and satisfy their cravings but with a far reduced risk of carcinogen exposure. Instead of viewing these products as a safer alternative for smokers looking to cut down on a dangerous habit, the FDA has fixated on any and all health risks that accompany heat-not-burn.

In March of 2017, Philip Morris International (PMI) submitted a pre-marketing tobacco application (PMTA) to the FDA for IQOS, which heats rather than burns tobacco. Agency-watchers expectedthe FDA to approve the PMTA by this February, consistent with both the Tobacco Control Act and the agency’s own guidelines. Yet to this day, PMI’s PMTA is gathering dust and seems lost in the process. The approval process for other reduced-risk tobacco product applications drag on with little outward signs of movement.

In Japan, one of a number of countries where IQOS is sold, the non-combustible tobacco product quickly captured 10 percent of the tobacco market, according to the Washington Post.  IQOS seems to deliver exactly what many current smokers want (satisfaction and potentially less harm), and what the FDA has already been calling for (nicotine without combustion).

So, why the delays? FDA, in response to TPA’s written query, says it does not comment on pending applications, but that generally, the agency reviews an application as required by law. AnFDA spokesman also told us that, “In the meantime, for smokers who do want to quit, there are proven, FDA-approved smoking cessation prescription medicines as well as over-the-counter nicotine replacement therapy (NRT) products, such as skin patches, lozenges and gum, to help in the quitting process.”

Despite the evidence presented, and the hundreds of thousands of dollars spent by industry to submit a “modified risk” application, they have yet to hear back from the FDA more than a year after applying for the designation. While different products face different FDA processes, there seems to be an agency-wide pattern of repeated delays and excessive second-guessing. But what can be done to streamline agency approval and keep innovation alive?

A minor, but welcome reform suggested by the Independent Institute would be to:

“return control over drug promotion and advertising to the FTC (which had it until 1962). The FDA often acts unreasonably in regulating promotional literature and advertising. Drug companies fear the FDA and refrain from challenging its edicts because it has a stranglehold on the whole industry, and no company wants to get on its bad side (Volokh 1995). Separating NDA approval from advertising approval would increase the willingness of firms to stand up to unreasonableness. In addition, since at least the 1980s, the FTC has been more respectful than the FDA of the consumer’s ability to filter and grade information from advertising claims. The FTC, for example, was instrumental in allowing food manufacturers to make substantiated health claims regarding food, with notable improvements in the health of consumer food products as a result (Ippolito and Mathios 1990).”

If regulation of advertising were returned to the FTC, consumers would be empowered to research and judge marketing claims. This would not, however, be a free-for-all; the FTC has proven vigilant in cracking down on false claims. Ultimately, regulatory agencies need to strike a proper balance between consumer health and innovation via experimentation. Less risk aversion could go a long way toward improving the quality of life for millions of Americans.

Ultimately, when evidence indicates that a new product can replace a primitive and inherently more dangerous product, regulators must act swiftly to approve the newer product, based on existing rules. And the FDA must put in place transparent and achievable regulatory standards that encourage innovation that will help people quit smoking.

In his 100-day action plan, President Trump singled out the slow-moving FDA, promising reforms that “will also include cutting the red tape at the FDA.” The administration must now decide whether to continue to embrace innovation or return to the slow “business-as-usual” model stymieing scientific advances that can save countless lives.