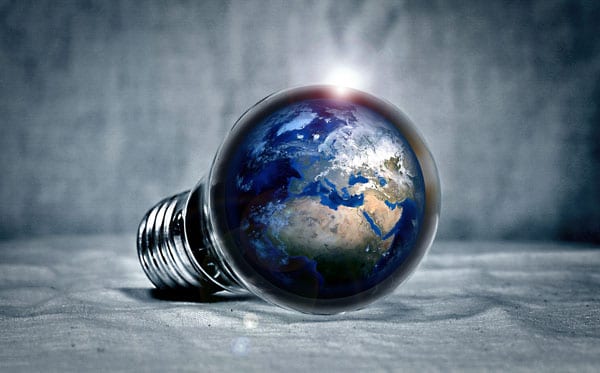 This piece was published in Inside Sources on August 15, 2017.

Browsing through the Food and Drug Administration’s weekly enforcement reports, government intervention doesn’t sound half-bad. Multiple times in the past couple of weeks, for instance, the FDA recalled donated blood for having low platelet counts and being unsuitable for patients. But, as many health economists and public choice scholars have long pointed out, there’s a hidden side to this seemingly docile arm of government.

The FDA has every incentive to be risk-averse when it comes to product approval. Approving dangerous products could lead to dangerous consequences, sometimes lethal. Preventing life-saving products from entering the market, though, does not appear to provoke the same backlash.

Ensuring that consumers have access to beneficial technology is just important as protecting them from harm. Indeed, FDA Commissioner Scott Gottlieb recognized this point when implementing the digital health initiative in June when he noted that, “By taking an efficient, risk-based approach to our regulation, FDA can promote health through the creation of more new and beneficial medical technologies.”

Now, as Phillip Morris International tries to obtain FDA approval to market its life-saving IQOS smoking device and heat-not-burn technology, the administration has an opportunity to pivot from its historic risk aversion. Through approving IQOS and allowing DNA testing firms more leeway in disease prediction, the FDA can embrace innovation instead of rigidity.

In assessing IQOS’s safety, the regulatory agency will be sure to take an in-depth look at the technology of IQOS, which continues to win over smokers, with more than 2 million smokers completely quitting cigarettes and switching to IQOS. The science behind IQOS ensures that tobacco is not burned, while still being exposed to a high-enough temperature to give smokers the traditional sensation and ritual that comes with lighting up.

The saga to introduce IQOS to the world began many years ago when Phillip Morris was inspired to explore less harmful methods of smoking tobacco. PMI submitted an application to the FDA for IQOS to be approved for sale in the United States as a “modified risk tobacco product,” which would permit it to be sold in a way that communicates to adult smokers that it offers reduced risk or reduced exposure to harmful compounds compared to traditional cigarettes.

FDA has now begun its review of that application, recently announcing that it is accepting public comments. Volumes of data submitted by PMI, corroborated by independent research, support the idea that IQOS is a product worthy of immediate approval. Furthermore, polling data and market research data in Japan demonstrates that IQOS provides an “exit ramp” from ordinary smoking, instead of a gateway to more harmful tobacco products.

The Taxpayers Protection Alliance wrote in support of the application because of the leap forward this will be in innovation and consumer choice — two important things the FDA should be embracing. Our submission to the FDA stated that “developing innovative solutions to difficult problems and the freedom to choose are two of the notions at the very heart of what it means to be American. Fortunately, innovative solutions that provide smokers with nicotine while likely reducing smoking-related health risks exist in the form of IQOS and other exciting new inventions. What remains largely absent is the freedom of choice to buy such products in the United States.”

The FDA’s march toward embracing innovation is less about IQOS approval and more about the potential of the FDA to drive technology on the whole.

But, many other products remain at the regulatory sidelines, despite game-changing implications that can improve millions of lives. In 2013, the FDA barred 23andMe from sharing health related conjecture tailored to customers’ genetic markers. 23andMe reports, which previously gave risk percentages of developing major diseases relative to the population, were suddenly devoid of any such projections after the FDA’s actions. In justifying the ban, the administration reasoned that any disease probability estimate was inherently misleading, since the vast majority of genes playing a role in the development of the illnesses are not known. In the government’s view, 23andMe was assigning an unreasonably-high weight to a handful of genetic markers they’d analyzed.

The FDA loosened its restrictions a bit four months ago, allowing 23andMe to identify 10 diseases or conditions that may afflict the actual customer, as opposed to their progeny. The list of approved diseases, which includes late-onset Alzheimer’s disease and Parkinson’s disease, was approved by the FDA only after agency certification that identified markers were in fact strongly correlated with the diseases. That is, 23andMe’s commentary on customer DNA is misleading unless the FDA can confirm the DNA-disease linkages put forward by the company.

But even if there’s some speculation in an expanded disease risk profile, allowing a more comprehensive analysis would allow DNA test-takers to take preliminary precautions against dangerous diseases.

Neither DNA test-taking nor heat-not-burn technology will likely see their popularity abate over time. Millions of people are seeking to improve their lives through a myriad of ways, with the FDA serving as gatekeeper.

With Scott Gottlieb at the helm, the administration can make a pivot toward giving market processes the benefit of the doubt. While it would be unwise to throw caution to the wind, the American public cannot continue to afford an overtly cautious FDA.