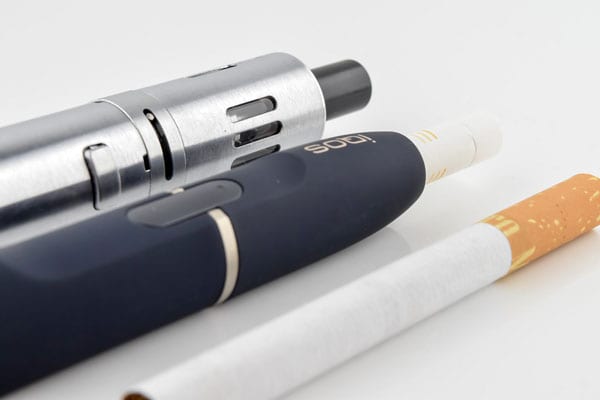 This article originally appeared in The American Spectator on January 23, 2018. On January 25, 2018, TPA President David Williams will appear before the FDA to encourage them to embrace innovation with smoking cessation and other products. Image credit: http://vaping360.com/

Smoking is expensive for consumers and taxpayers, with health-care costs associated with smoking rising to nearly $170 billion per year. The Food and Drug Administration (FDA) has the opportunity to embrace an innovative technology that will help smokers transition away from more harmful tobacco products while also aiding the continued prosperity of tobacco farmers.

The FDA will continue its evaluation of the new technology with hearings on Jan. 24-25 examining the issue of heat-not-burn products. These products contain tobacco, but don’t burn them. Instead, they heat the tobacco to a high-enough temperature that they are able to provide smokers that nicotine high with a much lower level of harmful chemicals when compared to normal cigarettes.

In fact, Huffington Post reported that the Committee of Toxicology found that heat-not-burn products exposure users to 90 percent fewer such chemicals than regular smokes.

Phillip Morris International developed the heat-not-burn product IQOS and applied with the FDA for it to be approved for sale in the United States as a modified risk tobacco product. That means it could be sold with the message that it offers a reduced risk when compared to traditional cigarettes.

The hearings this week conducted by the FDA’s Tobacco Products Scientific Advisory Committee are part of the approval process. The FDA has also accepted public comments as it mulls the issue.

In addition to examining thousands of pages of positive data that PMI has submitted, the FDA should also look to Asia where heat-not-burn products have proven to be a successful transitional product for smokers looking for a healthier alternative.

When Americans visit Pyongchang, South Korea, to view the Winter Olympics next month, they’ll witness first-hand users of the product. An estimated 4 million smokers abroad have completely quit cigarettes and switched to IQOS, which also benefits non-smokers as harmful second-hand smoke is eliminated.

The product is also popular in Japan, where the Tokyo Metropolitan Government may exclude heat-not-burn products from a planned ordinance that would ban smoking inside restaurants, bars, and many public areas.

Advocates of the approval of IQOS point out that risk reduction through a gradual decrease in exposure has proven to be an effective method of minimizing harms to health, in fields as varied as weight loss and gambling addiction.

Just as dieters are better served by gradually transitioning to healthier foods, smokers will likely see better results in quitting traditional cigarettes by using a product like heat-not-burn.

Dr. Erika Bliss, a Seattle physician and a member of the American Board of Family Medicine, pointed out in a recent op-ed in the Hill that it’s difficult for smokers to quit cold turkey, yet there are few alternatives that allow a more workable gradual weaning off of cigarettes.

“For some patients who have tried and failed to quit smoking (sometimes multiple times), I have advocated a harm-reduction method,” she wrote. “However, given today’s regulatory environment, my toolbox for this approach is very limited.”

Those in favor of approval also note that Congress intended in its 2009 Family Health and Smoking Prevention Act for the FDA to develop processes that bring more reduced-risk tobacco products to market in an effort to curb the health harms caused by smoking. Approval of IQOS is a major step in this direction.

Delaying the chance for Americans to use the product would be a step backwards, not only for the introduction of this product, but also by discouraging other manufacturers from developing similar heat-not-burn products.

The FDA has the opportunity to increase innovation, allow more consumer choice, and mitigate health harms by quickly approving the IQOS application. We urge it to do so expediently.