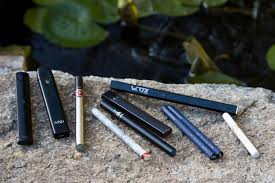 Photo attribution: www.blacknote.com
This article was originally published in Townhall on March 12, 2019.

For the millions of Americans looking for safer, healthier alternatives to traditional cigarettes, government regulations are just another unnecessary barrier to quitting smoking. The Food and Drug Administration (FDA) certainly hasn’t been helping matters, with a recently-reported plan to all-but-ban e-cigarettes from stores.

But even as FDA Commissioner Scott Gottlieb departs from the agency, smokers trying to quit just can’t catch a break. President Trump’s FY 2020 budget, released on Monday, “includes a new user fee on e-cigarettes and other electronic nicotine delivery system products and proposes new FDA authority to collect user fees…” Instead of looking for new ways to increase costs on reduced-risk products such as e-cigarettes, the post-Gottlieb FDA must fully commit to harm reduction and reject the proposed user fees, i.e. taxes.

Unreasonable policy often starts with fear mongering and a loose fealty to the facts. Bureaucrats at the FDA leading the charge for vaping product bans readily cite the “epidemic of youth e-cigarette use.” The phrase has even made its way into the president’s budget as a justification for user fees. But, honing in on one segment of (illicit) e-cigarette users completely ignores the vast majority of e-cigarette users who are over the age of 18. The adult vaping population is around 7 million, about double the less-than 4 million middle-and-high schoolers that vape. Numerous academic studies have proven that less than 1 percent of teens who vape move on to smoking combustible cigarettes.

And by every indication, e-cigarettes are helping cigarette smokers quit a deadly habit that claims nearly half a million deaths in the US per year. According to a recent study in the New England Journal of Medicine, “E-cigarettes were almost twice as effective as the ‘gold standard’ combination of nicotine replacement products.” But introducing user fees would make it harder to bring new types of e-cigarettes (or other harm reduction products) to market by increasing costs for businesses trying to garner FDA approval.

Bringing a product before the agency is already difficult enough, owing to the agency’s infamous risk-aversion and penchant for paternalism. IQOS, a heat-not-burn product that’s already cutting into cigarette use in Japan and South Korea, has been languishing on the regulatory sidelines for more than two years.

Instead of increasing user fees and settling for long regulatory wait times, new FDA leadership must streamline regulations and reduce costs for entrepreneurs bringing their devices to market. This push needn’t be limited to e-cigarettes and heat-not-burn devices. A broad swath of products, ranging from fitness trackers to condoms, are classified as “medical devices” and subject to extensive pre-market FDA review at great cost to companies trying to innovate. Companies bringing these products to market must spend tens of thousands of dollars to prove that their products work as advertised, despite countless user reviews and independent testing that happen in the consumer market.

Fees and endless red tape ensure that only larger, more established companies can afford to last through the duration of the process, cutting consumers off from the promising products of smaller competitors.

By deregulating “medical devices” that have little in common with MRIs and CAT scanners, the FDA can democratize the process and allow innovators of all sizes to compete for consumers’ dollars. The president’s budget moves the pendulum in the wrong direction by stating that, “The FDA’s annual user fee cap of $712 million would be increased by $100 million and future collections of all tobacco related products would be indexed to inflation.”

This would mean more power and resources for bureaucrats, and less choices for the millions of Americans looking to make healthier, more informed choices. The FDA doesn’t need more dollars, but rather more responsible leadership that understands the unintended consequences of well-meaning rules. Millions of lives can be saved by allowing consumers more options at a lower price.