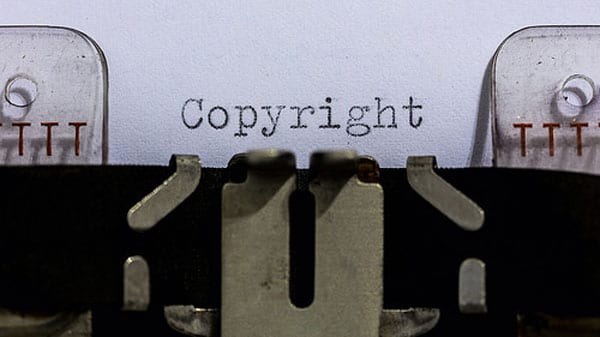 The comments below were submitted to the House Judiciary Committee in response to the release of an initial proposal for Copyright Office Modernization.

The Taxpayers Protection Alliance (TPA), representing millions of taxpayers nationwide, is encouraged by the initial work being done by the Chairman and the rest of the members of the Judiciary Committee regarding Copyright Office modernization. TPA is also grateful that Chairman Goodlatte and Ranking Member Conyers are asking for input from the public and all stakeholders about the future of the U.S. Copyright Office.

Currently there is broad agreement that the Copyright Office, which administers the U.S. copyright system and serves the over $1.1 trillion market for copyrighted works, needs to modernize. In March of 2015, the Government Accountability Office (GAO) released two reports concluding that the Library of Congress has been woefully mismanaged, and that the Copyright Office, which resides in the Library, needs better IT systems.  Taxpayers, and all citizens, should expect the government to utilize technology and common sense when modernizing all operations.

TPA agrees with many who have stated in past findings (including studies done during the initial 2-year review process on copyright by Chairman Goodlatte) that increased independence would allow the office to focus on self-improvement as opposed to competing with other functions of the Library of Congress, where it is currently located.

In October of 2015, the Hudson Institute published a white paper, authored by Steve Tepp and former Register of Copyrights Ralph Oman, articulating a principled conservative case for Copyright Office reform. They state:

Further, after establishing that the Copyright Office can be removed from the Library of Congress consistent with constitutional considerations, Tepp and Oman posit three options:

As Tepp and Oman seem to suggest, the first two options present challenges. Recent history has demonstrated that independent agencies are vulnerable to regulatory overreach, like Tom Wheeler did as Chairman of the Federal Communications Commission.  And, as the paper notes, moving the Copyright Office to the Department of Commerce “merely trades one master (the Librarian of Congress) for another (the secretary of Commerce or director of USPTO).”

Alternatively, giving the Copyright Office more autonomy inside the legislative branch seems to provide the best path forward. The Constitution is respected and the Copyright Office gains the autonomy and flexibility it needs to better serve consumers, creators, innovators and users. Everybody would appear to win in this scenario.

Rarely does government have the opportunity to improve its operations.  But now, with the ideas that have been presented from a number of stakeholders combined with the initial proposal from this committee, there’s a chance to achieve meaningful reform of a government agency sorely in need of restructuring. The roadmap for reform is there if Congress is willing to act. It would be a shame if cynical interests’ intent on weakening copyright squandered this unique opportunity.

Taxpayers, consumers, creators, innovators and users deserve better.  And, they deserve a modernized Copyright Office that meets the needs of today.