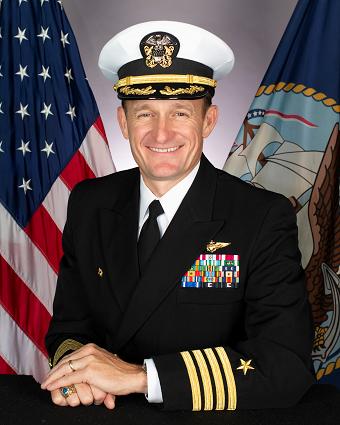 Whistleblowers play an important role in protecting democracy and fostering a transparent, responsive government. Unfortunately, whistleblowers are seldomly supported and are often subject to harassment or retaliation. The latest form of retaliation came from the U.S. Navy when Navy Capt. Brett Crozier was relieved of his command of the USS Theodore Roosevelt on April 2 after sounding the alarm about dangerous conditions onboard his ship. Capt. Crozier knew of the likely consequences that his actions would entail, yet nonetheless acted quickly and decisively in the best interests of his sailors. And for that, Capt. Crozier is an upstanding Profile in Courage.

Across the private sector and federal government, millions of Americans have been spared from exposure to COVID-19 thanks to telework and paid leave policies put in place by their employers. But, countless “essential” workers and military personnel must still report for duty and endure the risks of contracting the Coronavirus. Infections have been reported across the U.S. military where shared barracks and tight ship berths are the norm. By March 30, the aircraft carrier USS Theodore Roosevelt had been docked in Guam for three days and more than 100 sailors onboard had been infected with COVID-19.

To mitigate risks to the rest of the 4,000+ crew, Capt. Crozier frantically wrote to the USN requesting that infected sailors be quarantined in accordance with U.S. Centers for Disease Control and Prevention (CDC) guidelines. The Captain wrote, “With the exceptions of a handful of senior officer staterooms, none of the berthing onboard a warship is appropriate for quarantine or isolation. Thousands of ‘close contact’ Sailors require quarantine in accordance with guidance.” Capt. Crozier recommended off-ship lodging and isolation for the crew and a thorough disinfection of the ship in order to rid the aircraft carrier of COVID-19. The well-respected military man stated what should have been obvious to Navy top brass: “Sailors do not need to die. If we do not act now, we are failing to properly take care of our most trusted asset — our Sailors.” The San Francisco Chronicle published the letter on March 31, and Americans across the country voiced their concerns about the thousands of sailors trying to stay safe and healthy.

Unfortunately, top command didn’t take kindly to Capt. Crozier’s letter. On April 2, Acting Navy Secretary Thomas Modly announced that Crozier had been relieved of his command due to a loss in confidence. Modly claimed that he “exercised extremely poor judgment,” but Modley’s own lapse in judgment would eventually cost him his own job. On the weekend of April 4, the Acting Secretary abruptly traveled to the USS Theodore Roosevelt to address sailors following the firing of Capt. Crozier. Taxpayers paid an astounding $243,000 for the 35-hour round trip, but Modley simply could not resist further insulting the brave Captain he had fired just days earlier. In an address to sailors, Modley called Capt. Crozier too “too naive or too stupid” to maintain command of an aircraft carrier despite his demonstrated courage in sounding the alarm on Coronavirus infections. The Acting Secretary also charged that the Captain’s actions represented a “betrayal” to the Navy’s chain-of-command. In reality, Capt. Crozier was doing what any good leader should do by doing everything in his power to keep his crew out of harm’s way. Modley took responsibility for his reprehensible remarks and resigned from his command on April 7.

it’s important for the U.S. military to have a robust chain-of-command and captains should generally pay heed to their superiors. But, the armed forces and entire federal government benefit greatly when individual members regardless of rank or General Schedule step up and act decisively on behalf of others.

The U.S. military should take the lead in encouraging this selflessness and reinstate Capt. Crozier. In fact, the man needs a medal.

Capt. Crozier showed the whole country the meaning of true courage for which he was punished.  Congress needs to strengthen whistleblower protection laws to ensure that more people feel comfortable coming forward when they identify problems. Capt. Crozier is a true Profile in Courage.