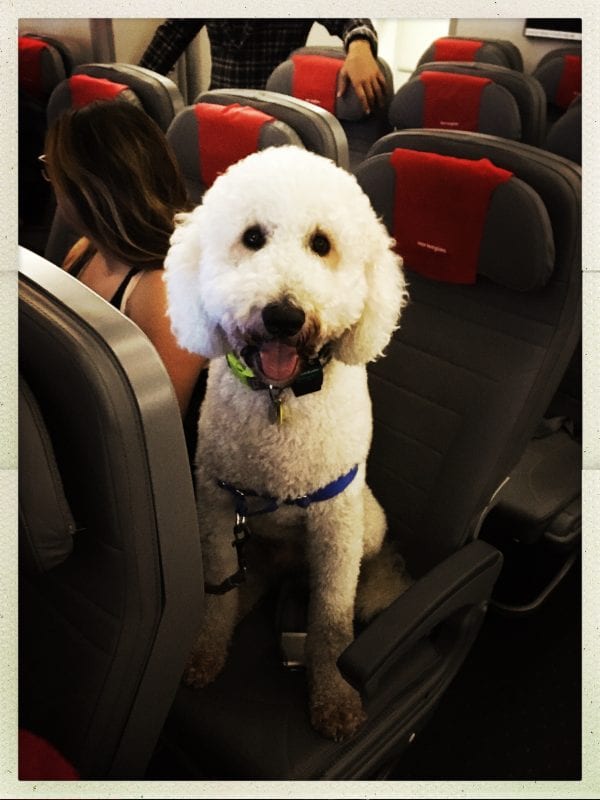 This article was originally published in the Washington Examiner on January 23, 2020.

I love my three-legged cat — and believe me, emotional support goes both ways especially during both of our feeding times. But the Department of Transportation has it right in proposing to allow airlines to bar passengers from bringing their self-described “support animals” on-board flights.

On Jan. 22, DOT proposed narrowing regulations to require only that airlines allow specially trained dogs on planes. This planned change has already drawn plenty of ire. A vocal minority of passengers will inevitably complain that they’re being targeted by the government. But these critics are all bark and no bite. Science simply does not back up their claims about support animals and passenger mental health. Flyers deserve a relaxing flight experience unlittered by howls and meows and accompanying costs imposed by federal mandate.

Imagine a potentially familiar scenario: you board a completely full flight, and the knave sitting in front of you reclines his/her chair into your sternum. The flight attendant attempts to allay your dissatisfaction by serving a small snack, only to have that savory treat stolen by another passenger’s yelping chihuahua. Bizarre interpositions by canines and felines at 30,000 feet are all too common, thanks to current federal regulations requiring airlines to allow emotional support animals to fly the friendly skies. Emotional support animals are an entirely distinct category from service animals (i.e. seeing eye dogs), which pretty much every authority agrees should be permitted to accompany their owners everywhere.

The Americans With Disabilities Act of 1990 recognizes the significance of this difference, requiring restaurants and other businesses to allow service animals while not extending that same mandate to emotional support animals. But according to the Air Carrier Access Act of 1986, passengers are allowed to board their animals if they can provide “reasonable” documentation of their emotional needs.

As it turns out, it isn’t so difficult to get a pet certified for emotional or psychiatric assistance. According to a study by University of California, Davis researchers, the volume of animals licensed for emotional and psychiatric reasons by California surged ten-fold from 2002 to 2012, significantly surpassing the growth in animals licensed for medical and mobility reasons. Clearly, the researchers concluded, there’s a “prevalence of misuse and misunderstanding of regulations and legislation on assistance dogs in California” which should probably give the rest of the country pause.

The emotional support animal registration process has been riddled with abuse, as licensed professionals and advice websites alike offer seemingly credible documentation for insistent pet owners. For all of this hoopla, it seems that the need for “emotional support” on flights is largely a tall tail concocted by cat ladies and canine connivers. In an interview with Vox senior science reporter Brian Resnick, Yale psychology professor Molly Crossman noted, “A lot of people have this impression that [the evidence] is very well established and we really know that [animals] are beneficial. But what is surprising is that we actually don’t know that at all.” And according to her exhaustive review of the evidence published in The Journal of Clinical Psychology, “The clearest conclusion in the field is that we cannot yet draw clear conclusions.”

Sure, maybe dogs and cats help overburdened people calm down a bit. But such limited evidence does not support a federal mandate with such negative, far-reaching consequences. Horror stories abound, from a little girl being injured by a dog on a Southwest Airlines flight to canines going poo outside of the airplane loo. When airlines are required to attend to all of these issues and spend extra resources cleaning up emotional support animals’ messes, the costs and inconveniences inevitably get passed along to consumers.

Airlines may in time conclude the opposite and take advantage of newfound flexibility in federal rulemaking to allow all pets on-board. But in the meantime, my cat’s three legs will happily stay on the ground.