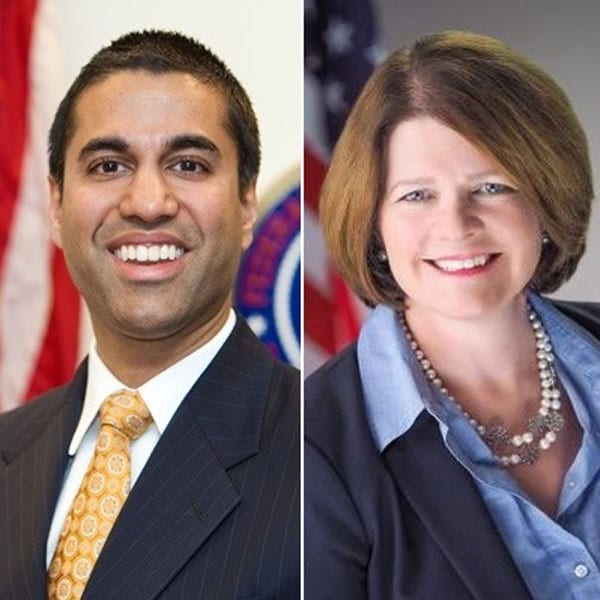 When it comes to “sensibly managing markets”, regulatory agencies talk a big game but deliver preciously little. A heap of regulations passed over the past decade were said to make marketplaces a less threatening environment for shoppers and startups, with more competition and less monopolistic behavior. In reality, bureaucrats overstated “market failures” to justify putting rules in place that exacerbated problems and created unintended consequences.

But thanks to a new Administration and Congress, public servants skeptical of these destructive regulations are emboldened and taking the fight to unnecessary rules. Federal Communications Commission (FCC) Chairman Ajit Pai and Federal Trade Commission (FTC) Chairwoman Maureen Ohlhausen are two of these figures, successfully leading the fight to deregulate and return control to market players closest to the action. The pair successfully advocated for the repeal of a “digital privacy” regulation that would’ve entrusted consumers’ browsing history to bureaucrats with a poor cybersecurity track record.

Now, Chariman Pai is turning his fire on rules that regulate prices on “special access lines” provided by cable companies. Price caps, which are never a good idea, have restricted cable companies’ ability to upcharge businesses that transmit large amounts of data quickly. The new leader of the FCC wisely realizes that banning differential pricing arbitrarily penalizes organizations that are not as “data-prolific,” such as small schools and libraries. Chairman Pai should also be applauded for his crusade against rules that forbid broadcasting companies from owning “too many” stations. Reform-minded officials such as Pai realize that determinations of “excess” market size should be made case-by-case, rather than by one-size-fits-all fiat.

FTC Chairwoman Ohlhausen agrees with this even-handed approach to governance, focusing on process reforms within the Commission that will lighten regulatory loads on businesses. Companies facing consumer protection probes will benefit from a streamlined document request process, which is sure to lower their compliance costs. Additionally, the FTC’s docket will now be regularly reviewed to ensure that older, low-level investigations are promptly wrapped up.

The Chairwoman is wisely using her bully pulpit to liven up the staid regulatory environment crippling the FTC. Advisories recently put out by the commission, urging states such as Alaska to liberalize “Certificate of Need” (CON) regulations, will improve lives adversely impacted by meddlesome state rules. CON laws, combined with other restrictive health-care regulations, raise prices by forcing hospitals and clinics to get state approval before buying medical equipment. A one-two punch of reforming the way the FTC does business and pressuring localities to ditch onerous regulations will pave the way for more certainty and commercial growth. Even in areas where Ohlhausen has not taken action, assurances to reverse a decade of wrongheaded policies go a long way in reassuring innovators. The Chairwoman’s insistence on strong protections of patent owners’ rights to obtain injunctive relief against unlicensed infringers effectively signals to R&D-intensive industries that America continues to lead on intellectual property.

Together, the FTC and the FCC can continue to stand athwart of burdensome policies that harm consumers and lead to suboptimal outcomes. While far more work needs to be done in axing these rules, these actions are encouraging starts. The FCC will soon begin rolling back Obama-era regulations classifying the internet as a “utility” and micromanaging complex data operations. Chairman Pai’s relinquishment of internet regulation will put the ball in the FTC’s court, ensuring that future rules are shaped by Chairwoman Ohlhausen’s light-touch approach. Given the FTC’s comparatively weak powers in regulating internet service providers (ISPs), the internet will likely remain unshackled. By wrestling control away from bureaucrats, lawmakers can allow Americans to pursue their preferred arrangements instead of “protecting” them via fear and coercion. Telecommunication growth is key to our nation’s future, and is too important for the government to quash with ham-fisted policies.