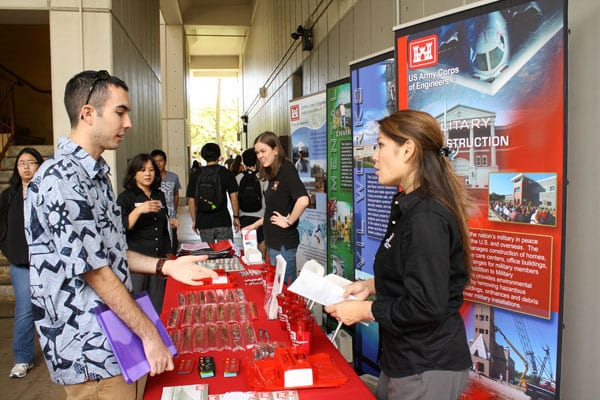 Federal Agencies Can Scale Down By Buying Out Their Youngest Employees

This article appeared in the Washington Examiner on July 24, 2017.

At a time of burgeoning federal deficits, lawmakers are increasingly turning to agencies to tighten their belts and cut down on red ink. Agencies, in response, target bloated payrolls, seeking staff reductions to achieve cost reductions.

Well, in theory at least. In practice, the procedures for slimming down the federal workforce are ill-advised, and fail to clear a long-run path toward fiscal responsibility. By reforming misguided, ineffective policies, Congress can pursue a smarter austerity that can save taxpayers billions of dollars over the next decade.

Currently, agency heads face few options in reducing organizational expenses. While cutting down on the number of employees is often a wise way to clamp down on unneeded expenditures, downsizing procedures are micromanaged by lawmakers. Agencies looking to “buy out” their employees by offering a monetary incentive to quit are currently not allowed to target individuals with less than three years of agency experience. Additionally, any agency employee who has received a student loan benefit from the federal government over the past three years is also barred from taking a buyout.

These limitations are the product of the 2002 Chief Human Capital Officers Act, which authorized agencies to offer “voluntary separation incentives” to employees.

To the lawmakers behind the legislation, such limitations made perfect sense. Buyouts, after all, should ideally target older individuals on the verge of retirement, or individuals sufficiently experienced to score a lucrative private sector job. In either of these cases, an agency inducement may put them over the edge and entice them to go elsewhere. Then, the thinking goes, agency operations currently managed by expensive, older folk could be taken over by millennial employees on the cheap.

While this line of reasoning appears solid on the surface, it fails to withstand closer scrutiny. Younger employees cost less currently, but will eventually attain the high pay of their current bosses. This means that if buyout recipients are not intended to be replaced, targeting the agency’s youngest is a better idea than going after the gray-haired. Targeting a 59-year-old, for example, will only save a few years’ worth of salary. Buying out a 25-year-old will likely save at least a decade’s worth of salary on average.

Targeting 20-somethings for “voluntary separation” has other benefits, too. Economic research tells us younger individuals tend to have higher “discount rates,” meaning that they tend to value the present far more than the future. A dollar earned today is far more valuable than a dollar earned tomorrow, making millennials potentially more likely to accept a buyout.

When the Department of Defense offered a buyout to employees following the end of the Cold War in the nineties, younger employees with less experience had far higher take-up rates than older personnel. In studying the buyout program, American University professor Saul Pleeter and Clemson University professor John Warner found that E-5 enlistees with only seven years of service had an astounding 95.1 percent take-up rate.

In contrast, an E-7 with 15 years of experience “only” took buyout offers 74.3 percent of the time. And of course, a constant lump-sum of money goes much farther for a 20-something without a family or a mortgage.

Of course, the offer of a buyout to young agency employees is no panacea. If agencies maintain roughly the same level of responsibilities over the next decade, retiring baby boomers will naturally be replaced by younger employees anyway. Otherwise, a combined targeting of young employees and the natural tendency of older workers to retire will lead to a steadily declining federal workforce. But contrary to the cries of many in the pundit class, this is actually a good thing.

The cumulative costs of regulation runs in the trillions of dollars, with unnecessary rules frequently imposed on the American public. A rollback of this regulatory apparatus will take the determination of lawmakers, who need to muster the political courage to craft lasting deregulation.

But winnowing down agency activities will also take a smart buyout strategy that achieves lasting reductions in the federal workforce. By reforming the buyout process, Congress can save taxpayers from bloated payrolls and overzealous regulations in the future.