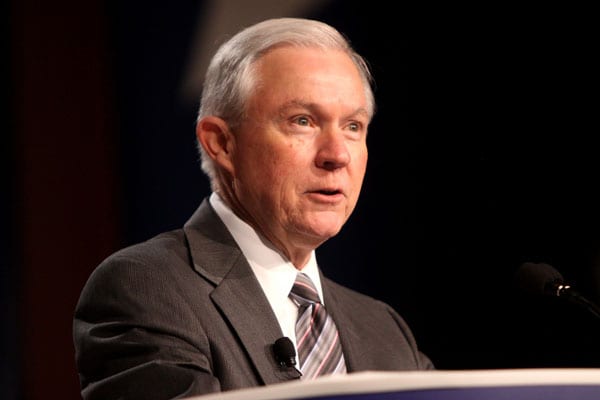 The Trump Presidency will officially begin this Friday, and with that start there are many nominees that will fill the President’s Cabinet. On a wide range of issues, these nominees will have a chance to make real reforms that can turn back the tide of Federal Agency overreach that became commonplace under the Obama Administration. However, there are also areas where it would be prudent for the new Administration to hold back on policy changes. On the issue of Internet gambling, the question of a potential revisiting of the Wire Act was asked to Attorney General nominee Senator Jeff Sessions (R-Ala.). The question was asked by Senator Lindsey Graham (R-S.C.), who has advocated in the past for a federal ban on Internet gambling. TPA and others took this opportunity to sign on to a coalition letter, sent by the Competitive Enterprise Institute, calling on Vice-President Elect Pence and Senator Sessions to protect the Tenth Amendment and resist any move toward a federal ban on Internet gambling.

After a contentious election year, a divided nation looks to the new Trump administration to make good on promises to “drain the swamp” and change the way Washington does business. We, a group of free-market, limited-government, and freedom-oriented organizations, respectfully urge the new administration to honor that promise by refusing special interest demands for a federal prohibition on Internet gambling.

On November 17, ten state attorneys general sent a letter to Vice President-Elect Pence, requesting the Trump administration help them “restore” the 1961 Wire Act to its original interpretation, protect the rule of law, and not let “arbitrary decisions of individual government officials…create law.” We share this desire to protect the rule of law and the legislative process. However, reversing the U.S. Department of Justice’s current opinion on the Wire Act would not achieve these goals and undermine years of legislative efforts and thoughtful legal decisions.

Although prior administrations have chosen to interpret the Wire Act as creating a de facto prohibition on Internet gambling, this was clearly not the intent of Congress when it was enacted in 1961. Its purpose was “to assist the various States in enforcement of their laws pertaining to gambling and bookmaking,” [emphasis added] and this is according to testimony from the law’s very own architect, Attorney General Robert F. Kennedy. More recently, in 2011, the Office of Legal Counsel (OLC), the top legal advisor for the executive branch, issued an opinion on the Wire Act after several years of deliberation, finding that the law did not prohibit states from legalizing online gambling so long as the gambling was not sports-related. Though Sen. Sessions indicated in his January 10th confirmation hearing that he was “shocked” by the opinion, the OLC memo was not a “reinterpretation,” of the Wire Act’s intent: it merely restored the law to its original meaning.

Opponents of online gambling argue that the 2011 OLC opinion bypassed Congress, but this is simply not true, and ignores the fact that Congress considered and rejected no fewer than five bills prior to 2011 to amend the Wire Act and make it applicable to all online gambling. Since then, federal legislation—like the Restoration of America’s Wire Act (RAWA)—has failed, receiving no more than a single hearing and much bipartisan opposition. Without new legislative guidance from Congress, the U.S. Justice Department (DOJ) should not step in and make new policy, especially not while legislation is currently before Congress. Regulatory intervention now from DOJ would represent a true violation of the legislative process.

Despite that RAWA is backed by a small number of Republicans, Republicans have also been its most vociferous opponents. Many have raised concerns that the bill violates the Tenth Amendment of the Constitution, undermining states’ authority to regulate intrastate commerce and setting a dangerous anti-federalism precedent. Today, it’s online gambling, but in the future it might be gun and ammunition sales targeted by Congress or an over-zealous executive branch. The decisions made now about online gambling could hold consequences for all sorts of issues for years to come.

Most importantly, creating a de facto prohibition on legal Internet gambling will not protect consumers. Rather, it would eliminate consumer protections put in place by the states that have chosen to regulate online gambling and ultimately force people into the black market. There is also little to no evidence to support state AGs’ claims that instituting gambling bans would affect rates of suicide or divorce—an argument that is nothing more than a red herring. Researchers have shown that gambling on the Internet is no more addictive than gambling in a casino, greater access to gambling doesn’t increase addiction rates, and disordered gambling is almost always expressed with, and often after, a person displays other addictive behaviors. On the black market, identifying and helping those experiencing or at risk for disordered gambling is nearly impossible. Furthermore, the idea that the federal government is going to “protect the kids” and vulnerable individuals by violating constitutional principles and stripping away the rights of the rest of the population should raise alarm bells for those who value the Constitution. It’s shameful that special interests are using these vulnerable individuals as pawns in their scheme to protect their own interests.

Similarly, concerns raised by online gambling opponents that legalized online gambling would increase crime like fraud, money laundering, and underage gambling, are unsupported by evidence and basic logic. For more than three years, Internet gambling has been legal in New Jersey, Delaware, and Nevada, and these states have successfully used existing technology to verify user data, block unauthorized players, and monitor player behavior. Furthermore, like brick-and-mortar casinos, licensed gambling sites already comply with existing federal banking laws. Criminal activity, such as money laundering, is much more difficult to conduct on a licensed site than on the illegal sites that thrive in the black market. This is why legislative and law enforcement groups like the National Governors Association, the National Conference of State Legislatures, and the Fraternal Order of Police have opposed an online gambling ban.

In addition to stripping away consumer protections, a federal online gambling ban would block states from a potentially lucrative source of tax revenue. In 2016 so far, New Jersey has collected just shy of $30 million from regulated online gambling, which in just three years has grown into a nearly $200 million a year industry for the state.

Neither consumers nor state governments would benefit from a federal online gambling ban. The only people who would profit are those who compete with legal online gambling: illegal gambling sites and the few brick-and-mortar casinos that are uninterested in expanding into the online market.

Reinterpreting the Wire Act would not “restore” it to its original meaning or uphold the legislative process. Instead, it would have the opposite effect by changing the original intent of the Wire Act and circumventing Congress and the legislative process. And, perhaps what’s worst, is that it would severely injure one of our nation’s founding principles: the idea that the federal government’s power should be limited and states should be free to regulate intrastate commerce as they see fit. This principle has been under assault for more than eight years. If the Trump Administration truly hopes to “drain the swamp,” we, the undersigned groups and our members, respectfully urge you to begin by defending the Tenth Amendment and rejecting cronyist calls from casino interests to create a national gambling ban.