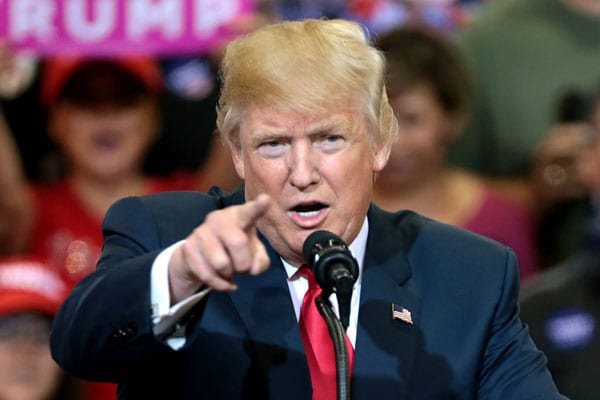 WASHINGTON, D.C. – Today, the Taxpayers Protection Alliance (TPA) marked the inauguration of Donald Trump as President of the United States with a statement reinforcing the message of No More Excuses for Washington inaction on some of the nations’ most pressing problems. With an electorate tired of Washington’s spending habits and the inability to get things done, the new administration and Congress offer a real chance for reform on some of the most important issues. The problems facing the nation must be tackled head on, and for President Trump, House Speaker Paul Ryan (R-Wisc.), and Senate Leader Mitch McConnell (R-Ky.) there are “No More Excuses” for not accomplishing long overdue fiscal and policy reforms.

“There is no denying that tax reform is way overdue and people are frustrated.  And, who can blame them, with a tax code that contains 2.4 million words. Americans spend billions of hours and dollars complying with the tax code every year and the corporate tax rate of 39 percent makes the United States less competitive and is driving companies out of the country. Tax reform can provided a needed boost to the economy while benefitting individuals and businesses if done the right way. There are no excuses to not get tax reform for all this year.”

“Government spending is out of control.  The federal government spends almost $7 million per minute.  The deficit for fiscal year (FY) 2016 was $549 billion, up from $438 billion in FY 2015.  Total debt accumulated has eclipsed $19 trillion.  It is obvious that Congress and President-elect Donald Trump need to address spending. There are plenty of places to start to cut spending, whether it be improper payments totaling $136 billion, or the bloated Pentagon Budget that continues to be rife with waste and earmarks.”

“It’s time to end the bureaucratic chaos that federal agencies have been responsible for over the last several years. The Food and Drug Administration (FDA) shows how bad the problem has become. The FDA has been terrible in the area of encouraging innovation, with inventors and entrepreneurs suffering as a result of a broken approval process. Instead of being a drag of innovation, the FDA should be a catalyst to bring new products to market.”

“Repealing Obamacare is central to what Washington needs to get right with the new President and Congress. The process has begun to repeal and replace the healthcare law, but there are still questions that remain. Congress should move toward a model based on choice and competition. TPA is also encouraged by the choice of Rep. Tom Price (R-Ga.) as the designate for Health and Human Services Secretary. His knowledge and experience is the right prescription for fixing what ails our healthcare system today. “

Williams finished by saying, “There are hopeful signals coming from the new administration and Congress that these issues will be addressed in the coming months and years. But, there are also signs of caution, as taxpayers have been let down by elected officials in the past.  As the President and Congress get to work, there are simply No More Excuses to not get the country’s fiscal house back in shape.”