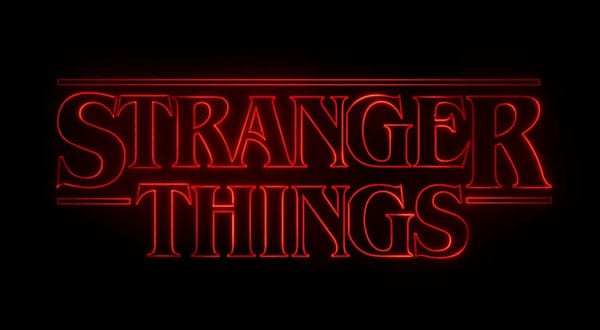 Thanks To Agency Mayhem, Taxpayers Forced To Foot Bill For ‘Stranger Things’

By now, millions of viewers have finished their eight-hour benders of Stranger Things Season 2. With hot takes and dissections galore, no stone is being left unturned by rabid fans and critics. But denizens of the web continue to overlook the valuable political commentary offered by the show.

Stranger Things is, of course, far more a love letter to seventies-and-eighties horror anthologies than a political tract. Viewers looking for something with more of an obvious political bite will look to other hits like The Americans or House of Cards. But, alongside the Stephen King nods and eighties hit music, a silhouette emerges of a government determined to achieve national defense goals with gross disregard for unintended consequences close to home.

In the show, attempts by government researchers at a Department of Energy (DOE) facility to psychically infiltrate the Soviet Union accidentally opens a portal to the “Upside Down” dimension, releasing monsters that wreak havoc on the town of Hawkins, Indiana. Lives are destroyed (RIP, Barb and Bob) and unwittingly disrupted in an attempt to rid Hawkins of the man-eating “demogorgon.” And, once the bodies are counted and the monsters destroyed, the coverups begin- sworn secrecy abound, with an extra helping of government foot dragging.

Season two’s conclusion sees the closure of the DOE’s facility, due in large part to recordings leaked by main characters to reporters. But in choosing how to present the information in a believable way to the press, the protagonists leave the paranormal out of the story. Rather, they accuse the government lab of leaking contaminants into the town of Hawkins and inadvertently poisoning a teenaged girl.

In the midst of the American arms race with the Soviet Union, the Reagan Administration ordered the Environmental Protection Agency (EPA) to obtain approval from the Justice Department before holding military installations accountable for hazardous contamination. During these late stages of the Cold War, a firewall developed to insulate agencies like the DOE and the Department of Defense (DoD) from all sorts of environmental liabilities.

And, as the case of the Superfund site at the Feed Materials Production Center in Fernald, Ohio illustrates, the federal government will go to great lengths to obscure the consequences of its actions. The activities of the nuclear power plant, operated by a DOE contractor, became the target of a class action suit in the mid-eighties, as the public grew aware of the hazardous byproducts of production.

Despite admitting to the agency’s awareness of the dumpings all along, the DOE’s lead attorney stated, “we don’t think we’ve done any harm to the residents” after being ordered to conduct impact studies for Ohioans living near the plant. These assurances are hard to jive with the sheer amount of pollution coming from the plant. According to Ohio’s environmental protection agency, 298,000 lbs. of uranium was released into the air since the plant’s inception. It is little wonder, then, that the results of medical monitoring of nearby residents found elevated levels of bladder and kidney disease.

Contamination caused by the federal government and contractors is hardly a relic of the past. Of the 1,300 Superfund sites across America laced with contaminants, around 900 are military-related. The DoD and DOE’s continued practice of openly burning hazardous waste explosives causes contaminants like perchlorate to leak into nearby water sources, despite plant officials denying any ill health effects. And, government agencies repeatedly denying any link between mass burnings and chronic diseases, the Army admitted in leaked memos that burn pits pose long-run health consequences.

Even the EPA has caused its fair share of environmental calamity. Agency contractors working at the Gold King Mine near Silverton, Colorado breached the mine on August 5, 2015, sending three million gallons of toxic wastewater into a tributary that feeds the Animas River. Despite thousands being sickened, the EPA repeatedly downplayed the severity of harm and refused to pay the $1.2 billion in claims filed. And, thanks to loopholes in tort law, the judiciary granted a reprieve to the agency.

While government dabblings in the paranormal are (most likely) fiction, the idea of agencies physically unleashing mayhem on its citizens is hardly alien. Stranger Things paints a picture of a federal apparatus with a single-track mind, oblivious to the consequences of unleashing the forces of destruction on the enemy. Like the fictional Department of Energy depicted in the show, its real life counterpart along with the DoD continues to contaminate communities in and around installations and refuses to present the full picture.

The tremendous human toll inflicted — represented by Barb in Stranger Things –– needn’t continue. By tying agency funding to the abolition of hazardous practices like open burning, lawmakers can ensure that “Barb” finally gets some well-deserved justice. And, with billions saved in reduced federal cleanup costs, taxpayers across the country can finally sign up for streaming in time for Stranger Things Season 3.