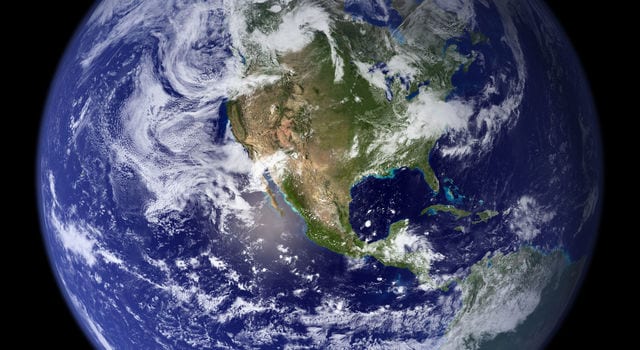 Yes, It’s Possible to Protect the Planet Without Gouging Consumers

This article was originally published on InsideSources on August 16, 2019.

For decades, carbon taxation and cap-and-trade were the sole domain of Democrats ready to gouge hard-working Americans for dubious environmental gains. Now, Republicans are trying their hand at green schemes, even flavoring their carbon tax proposals with a splash of protectionism.

Last July, then-Rep. Carlos Curbelo, R-Florida, offered a $24 per ton tax on carbon, proposing that proceeds go to the Highway Trust Fund (where money is never wasted). This didn’t go over too well with voters, who told him to hit the road.

Undeterred, Rep. Francis Rooney, R-Florida, recently introduced “ambitious” legislation that would tax carbon at $30 per ton (with a yearly increase of 5 percent) while slapping a fee (read: tax) on carbon-intensive products entering the United States. Consumers deserve access to affordable goods and services and a clean environment, yet Rooney’s legislation delivers neither. Policymakers should finally dispose of faux-environmentalism, instead of mindlessly recycling it.

Usually, Republicans dabbling in carbon tax schemes at least offer some fig leaves to conservatives in order to make government intervention a little less awful sounding. For instance, the famous “tax swap” idea envisions a decrease in payroll taxes in exchange for a carbon tax. Rooney appears to embrace this approach, but the devil lies in the details. According to the legislation, 30 percent of carbon tax revenues would be devoted to a “green” federal slush fund instead of payroll tax cuts.

Based on Congressional Budget Office estimates of similar bills (with lower taxes), more than $30 billion would slide into federal coffers each year ostensibly to fund alternative energy research. Except this research has an extremely poor track record in providing any real value for consumers. Nearly three-quarters of the Department of Energy’s Advanced Research Projects Agency-Energy projects designated as “completed” fail to attract private funding or form the basis of a business.

Not surprisingly, even “conservative” carbon tax proposals would redistribute tens of billions of dollars annually to pay for the research whims of unaccountable bureaucrats. Yet right-of-center folks and think tanks defend carbon tax proposals, claiming that these levies are worth it if they reduce the emissions contributing to global warming. Even if low-carbon products can make a dent in climate change, they may carry serious unintended consequences that detract from any environmental gains.

A steep carbon tax may prompt drivers to switch to electric vehicles, which have a terrible ecological track record. EV batteries aren’t easily disposed of, since materials in the battery such as nickel, lithium and cadmium can contaminate nearby drinking water and even trigger landfill fires (in turn releasing carcinogens into the air).  And, a 2017 study by Tsinghua University (Beijing) researchers finds that carbon-dioxide emissions “from the production of an EV range from 14.6 to 14.7 t, 59 percent to 60 percent higher than the level of an ICEV, 9.2 t (conventional vehicle).”

But not to worry; Rooney’s proposal comes equipped with a tax on high-carbon products produced in other countries. Like President Trump’s disastrous trade tariffs, this import tax would be far more trouble than it’s worth. Large exporters such as China respond to tariffs by levying large tariffs of their own. Even if Rooney’s proposal resulted in much-cleaner American companies producing “green” products, large, developing countries would cease buying American products and instead purchase domestic goods powered by coal.

Americans shouldn’t be forced to choose between a trade war and a dirty environment. Carbon emissions in the United States have been on the decline for more than a decade, and the continuing demise of the coal industry will drive pollution even lower. The federal government can contribute to this effort by encouraging states and localities to sell off publicly-owned power plants, which “are more likely than similar privately-owned facilities to violate regulatory requirements under the (Clean Air Act) and (Safe Water Drinking Act),” according to a 2015 analysis by Indiana University and Texas A&M scholars.

Federal officials should also tie Department of Defense funding to the Pentagon cleaning up its act. The Pentagon is one of the world’s biggest polluters, responsible for hundreds of contaminated properties across the country.

These initiatives would save consumers and taxpayer money, instead of costing them tens of billions of dollars each year. Republicans (and yes, Democrats) can do better than faux-environmentalism that creates more red-ink than “green” progress.