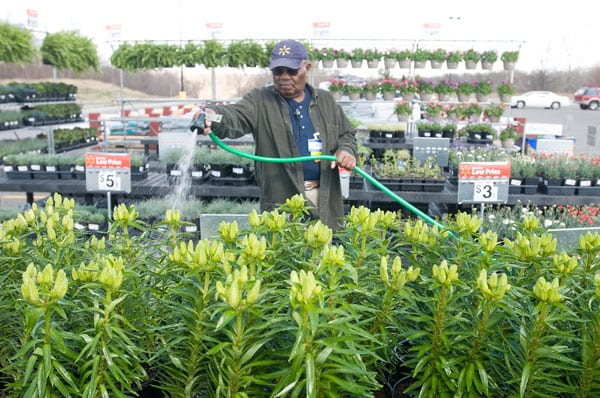 UN Biodiversity Report Confirms the Sky Is Not Falling

This article was originally posted to the Catalyst on May 13, 2019.

There’s no better way to start a week than perusing through the pages of a massive, alarmist report that predicts the demise of everything held dear. But, the United Nations’ (UN) gargantuan new report on biodiversity around the globe (see summary here) is actually a hidden reality check. The authors warn that nearly 10 percent of all terrestrial species are facing habitat loss, and as a result, around 1 million species face extinction in the coming decade.

That sounds alarming, especially after reading tidbits like, “The global rate of species extinction is already at least tens to hundreds of times higher than the average rate over the past 10 million years and is accelerating.” But as crazy as it seems, the UN report is actually a rebuke to the most alarmist extinction predictions, and details progress by developed, capitalist countries to protect the environment. The sky is not falling.

Most environmental researchers will profess to something truly mind-boggling: we don’t know about most of the species that go extinct. Global extinction figures are the result of scientific modeling, instead of meticulously counting species that we already know about which have gone extinct. Less than one thousand species have actually been documented as lost over the past four hundred years, and scientists must attempt to extrapolate to come up with realistic planet-wide estimates.

In 2011, however, scientists from the University of California, Los Angeles and Sun Yat-sen University in Guangzhou, China found that, using available methods, scientists were way overestimating extinction rates. Scientists typically use something called the “species area relationship” to estimate extinctions. This is where they study an area of land and measure the area they have had to comb through before encountering the first member of the species in question. They then assume in their calculations that, if this area was destroyed, the entire species would be wiped out. This of course makes little sense, and the researchers demonstrated via computer simulations that scientists’ preferred type of modeling made extinction rates look 83 to 165 percent higher than reality.

These wildly off-the-mark estimates lead to crazy claims about ecosystem destruction. One commonly-quoted stat estimates that we’re losing “one species per minute” because mankind is a pesky, destructive lot. That implies that, over the next ten years, 5 million species will go the way of the dodo instead of the 1 million species figure used by the UN (over multiple decades). Fortunately, the UN uses a better methodology that takes some of these flaws into account. Even if the UN’s method of species counting isn’t the worst out there, their more conservative figures could still use some context.

As science writer and journalist Fred Pearce notes, “the majority of documented extinctions have been on small islands, where species with small gene pools have usually succumbed to human hunters.” Not only are those species unrepresentative of more tenacious species on larger land-masses, but isolated species also have fewer chain-effects on the wider world. In other words, more extinct and endangered species are like the dodo than the allegedly imperiled honey bee (which is doing just fine).

But inevitably, media outlets seize upon a large, scary-looking figure without any sort of context, and suggest that the need for radical “green” change is now. Never mind that large-scale extinctions are also happening in Western Europe, where countries such as Germanyand Switzerland implement costly, far-reaching policies that set aside vast tracts of land for preservation if there is even a small risk of a species going extinct. But there does seem to be good news outlined in the UN report: more economic development appears to increase ecological conservation.

Developed countries lead the way in protection of biodiversity, pollution reduction, and minimizing needless biomass extraction.  This trend dovetails more closely with economic growth than government regulation, and in fact, air pollution reduction preceded expansive federal action. Additionally, researchers at the University of Illinois and the Nature Conservancy found that funding and manpower for conservation organizations are strongly tied to stock market performance. A richer society is able to set aside more funds for preservation and conservation.

The UN report (subtly) admits what many in the press won’t: indicators aren’t so bad, and capitalism can help save the environment. People may pluck whatever predetermined conclusion they have out of this massive report, but there’s no denying that things aren’t as dire as the headlines suggest.