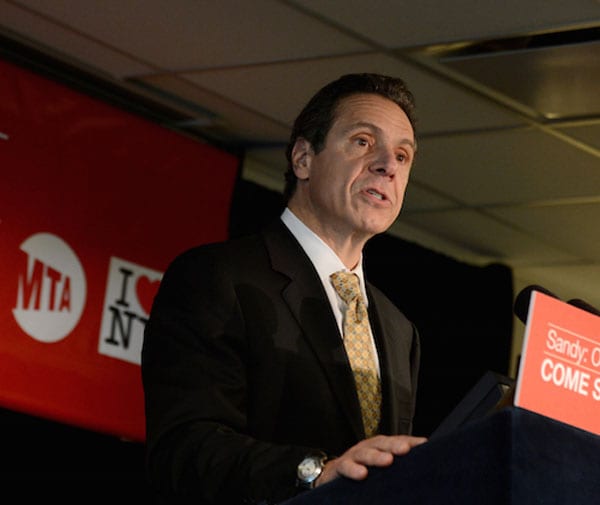 Taxpayers Protection Alliance (TPA) continues to sound the alarm on Democrat Governor Andrew Cuomo’s (N.Y.) nuclear bailout (which took effect April 1) that imposes unreachable and expensive renewable energy mandates on the state. The plan requires half of New York State’s energy to come from carbon-neutral (renewable) sources by 2030 and it was approved by state regulators without the consent of state lawmakers. Ratepayers and taxpayers stand to pay billions of dollars for this crony bailout and the plan has come under consistent fire from a variety of officials and stakeholders. Last week, TPA spearheaded this coalition letter urging “fiscal conservatives” in the New York Senate to do more to speak up and offer ways to stop this bailout from continuing.

We, the undersigned groups, representing millions of taxpayers in the state of New York, urge you to vigorously oppose Gov. Andrew Cuomo’s $8 billion nuclear bailout.  Last year, Gov. Cuomo provided a bailout for three nuclear power plants as part of the Governor’s ill-conceived Clean Energy Standard (CES).  As fiscal conservatives, we urge you to stand up for ratepayers and taxpayers.

The CES, as constructed, would require New York to get 50 percent of its energy from carbon-neutral (renewable) sources by 2030. Right now renewables make up just 23 percent of the state’s energy supply.  Achieving that 50 percent threshold will require that consumers and taxpayers cover the cost to achieve that mandate. Not only that, but all of the state’s utilities and other energy suppliers will cover the cost of carbon-free emissions that nuclear power plants will have to buy when they purchase Zero-Emission Credits from a government bureaucracy. The plan is a subsidy for three struggling nuclear plants (all owned by one company) that would otherwise fail financially if forced to comply with the CES without financial help from ratepayers.

The plan isn’t just a multi-billion dollar giveaway to struggling nuclear plants, it’s a rate increase for New Yorkers and an increase on the cost that taxpayers will be responsible for with electricity costs for public buildings. Schools alone account for more than 1,800 of the public buildings in New York and when their electric costs go up as a result of Cuomo’s plan, taxpayers will be paying for that increase along with their own electric bills.

Recently, Audrey Zibelman, Chair of the Public Service Commission that rammed through the bailout (by order of the Governor), attempted to answer some questions about the plan. The interview did not go well and in the end she couldn’t give a straightforward answer on the impact of the bailout on ratepayers.  Zibelman couldn’t justify why taxpayers were subsidizing a few nuclear plants and yet others weren’t receiving a dime. In fact, when confronted by the interviewer with the fact that ratepayers will see an increase in their energy costs, Zibelman first said “that’s not true,” but after being repeatedly pressed on the point, all she could do was say “what would happen, if we didn’t do this program?”

Not only is the bailout facing mounting public criticism, the courts have gotten involved in the controversy.  The question about why only some nuclear plants received subsidies is now the focus of legal action by nuclear plants suing the state. A lawsuit alleges interference by Governor Cuomo in what they claim should be a free market where all nuclear plants compete and all ratepayers benefit by that competition through lower costs.

There’s a legislative path forward that will enable New Yorkers to be protected from covering the cost of this crony bailout and paying higher energy prices as a result. Senator Tony Avella (D-Queens) recently introduced a bill that would use the Department of Public Service (PSC) to “repeal any electric rate increase on downstate residents that goes toward upstate nuclear plants.” It’s not a good sign for the Governor when his own party is attacking this plan.

This bailout is a bad idea.  And, as a fiscally conservative member of the state legislature, we urge you to say and do whatever you can to eliminate this bailout.