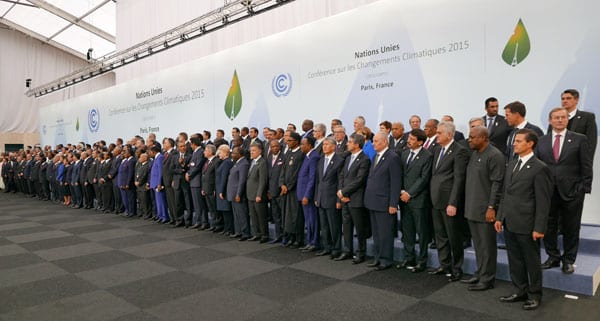 Washington, D.C.- Today, the Taxpayers Protection Alliance (TPA) reacted to the news that President Trump would proceed with withdrawing the United States from the Paris Climate Agreement entered into by the Obama Administration in 2015. After heavy public, and private, debate with stakeholders and administration officials, the White House announced today that the U.S. would no longer be a part of the regulatory framework.

TPA President David Williams said the following in response to the President’s announcement:

“This is the right move for taxpayers, energy consumers and businesses. The Paris Agreement is nothing more than lofty goals coupled with increased regulations that would further stifle the U.S. economy as it struggles to make its way back from the last decade of slow growth.  With China, India, and Russia practically excluded from the strict carbon emission goals, the Agreement is nothing more than an expensive paper tiger.”

Williams continued by noting the President’s commitment to a new course when it comes to energy policy, “The Trump Administration has put in place new leadership at the Environmental Protection Agency and the Department of Energy that will make sure to put the interests of Americans first when it comes to developing a sound and reasonable energy policy that will not only protect taxpayers but also protect the environment for future generations.”

Williams concluded by saying, “Massive subsidies to failing technologies and unreachable mandates enforced through crippling regulations is exactly how we ended up in a position that harms taxpayers and working families. The time to set a new path forward on energy and the environment has already started in the Trump Presidency and withdrawing from the Paris Agreement is another step forward on that path.”