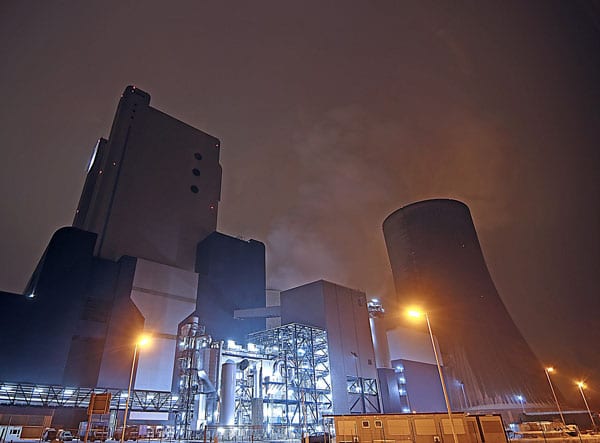 Exelon Corp., the billion-dollar global energy conglomerate, has threatened to shut down its Three Mile Island plant because it is in financial freefall. It has lost money five years running and recently failed to sell off its power at an electricity auction. Exelon says it will shutter the nuclear plant by 2019, several years ahead of schedule.

Three Mile isn’t suffering alone. The nuclear sector is flailing under mounting competition from the natural-gas industry. Incapable of competing on the open market, Exelon now wants a handout from Pennsylvania ratepayers and taxpayers.

Harrisburg must resist. Propping up nuclear would cost the public billions of dollars with no benefit.

Over the last decade, the creation and refinement of sophisticated drilling techniques has empowered energy developers to tap into huge underground gas reserves previously considered inaccessible. Pennsylvania is ground zero in this energy revolution

The state straddles the gigantic Marcellus Shale formation, which has one of the biggest proven gas reserves in the country. Pennsylvania’s gas output has steadily ramped up, and the state now produces more than 5 trillion cubic feet a year.

Electricity generated from gas is cheaper – and cleaner – than electricity generated by nuclear, so customers have naturally gravitated toward the former. Over the last decade, the slice of local power derived from natural gas has jumped from 6 percent to 32 percent. As a result, the five nuclear reactors in Pennsylvania have suffered steadily declining sales and several, including the Three Mile Island plant, are now money-losers.

That’s why Exelon has suddenly developed a deep interest in local politics, dropping more than $5 million on lobbying last year. The money is working: more than 70 state legislators from both chambers are now pro-nuclear and they’ve banded together to create the “Nuclear Energy Caucus,” with plans to introduce legislation later this year.

But there’s no possible justification for propping up nuclear plants with public dollars. Pennsylvania ranks second in natural-gas reserves. Local natural-gas production will continue to expand and fill in any power gaps left by shuttered plants.

The nuclear industry pulled this same stunt last year, threatening other state governments with plant closures unless they handed over big checks.

The nuclear company Entergy announced it would close a reactor in Oswego, N.Y., if it didn’t get a bailout. That threat – plus a concerted lobbying effort – prompted that state’s lawmakers to pass an $8 billion aid package, the single biggest act of corporate welfare in the state’s history.

That bailout, which propped up four decrepit plants, was financed through a new tax on utilities. About 800,000 New Yorkers are already behind on their monthly utility bills. This tax will make it even harder for working residents to afford to power their homes. And, taxpayers will be hit with increased utility costs in state buildings.

Likewise, Exelon ostentatiously announced the closing of two plants in Illinois and then pressured state lawmakers to hand over $235 million in annual subsidies to keep them open.

This rescue was also financed by a utility tax, adding about five dollars to the average monthly utility costs of Illinois residents.

These are cautionary tales. This is barely disguised corporate welfare financed on the back of hard-working Pennsylvania residents and taxpayers. And the tab would be huge here in Pennsylvania: propping up all the local unprofitable nuclear reactors would cost eastern states an estimated $3.9 billion.

Exelon’s announcement of the Three Mile Island closure is a cynical negotiating tactic, pure and simple. And state residents see right through it: about two out of three oppose any bailout.

Harrisburg ought to listen.