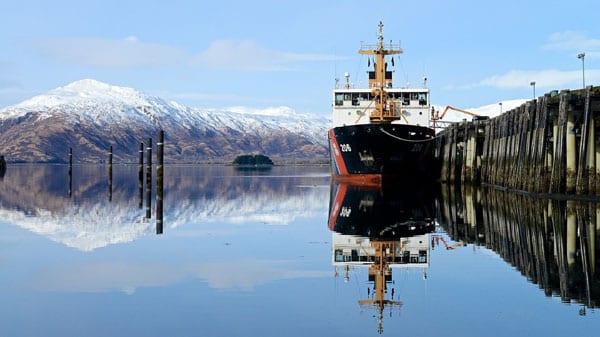 This article appeared on JuneauEmpire.com on May 24, 2017

Alaska is in a budget crisis. The “gravest fiscal crisis in state history,” according to Gov. Bill Walker.

But the crisis wasn’t caused by a lack of revenue; it was created by spending so irresponsible it would make drunken sailors blush.

After years of acting like teenage girls on a shopping spree with daddy’s credit card, some state lawmakers still refuse to get their spending under control. Instead, they are hoping to fill Alaska’s cavernous $4 billion budget gap by pillaging the energy industry.

While treating oil and natural gas companies like magical ATMs that dispenses money to make up for legislators’ budgetary sins might seem like a swell idea, it’s not. Legislation aimed at increasing tax revenues from the energy industry might be the single most short-sighted and damaging scheme ever to come out of the capitol.

Oil and gas is responsible for nearly one out of every three jobs in the state. Ninety percent of the state’s revenues are tied to energy production. House Bill 111, which passed the house in April and was adopted in an amended form last week in the state senate, is poised to put those jobs and the state’s economy in peril.

The state House and the Senate are now expected to hammer out a compromise version of the bill — and Alaskans should hope it comes out looking a lot more like the Senate’s proposal.

The ruinous tax hike in the House version of the bill is projected to skyrocket from $130 million in 2019 to an astounding $485 million by 2026.

Disastrous new regulations are also being considered. Under the House version of the proposal, the state would have to pre-approve each dollar oil and gas companies plan to spend before a project even begins. This would result in millions of dollars in new regulatory expenses. And since the bill allows the Department of Natural Resources to invent the process after the legislation is signed into law, it’s unclear how the approval system will even function.

These regulations, in addition to the House’s proposed tax hike, would increase the price of producing oil in Alaska by about $7 per barrel.

A tax increase on energy production would be the seventh change to the state’s energy tax structure in the past 12 years. This unstable business climate, along with the possibility of hefty new taxes and needless regulations which are devouring revenues, are causing energy companies to wonder whether they should even bother investing in Alaska. And if energy companies begin to leave the state, the entire state economy will collapse.

The global decline in oil prices and an increasingly competitive energy marketplace means states and countries now compete for energy exploration projects. While other states are lowering taxes and reducing regulations in an attempt to attract oil and gas companies, Alaska lawmakers are making policies that will push the energy industry away. Other states couldn’t be happier that Alaska is kicking the industry while it’s down.

Sadly, talks of tax increases on the state’s most important industry could’ve been avoided with just a modicum of restraint and maturity.

In 2007, the state budget was $7.8 billion. Today, the budget is $11.4 billion. That’s a 46 percent increase in the amount the state spent during a time in which Alaska’s population increased just 8.5 percent and U.S. inflation rose 19 percent. State leaders simply increased government spending faster than taxpayers’ ability to pay for it.

Lawmakers clearly haven’t learned their lesson. Since the Alaska Legislature didn’t complete its business last week, legislators are extending their session — and even facing a special session. Each week lawmakers spend in Juneau beyond May 17 cost state taxpayers an estimated $212,000, including per diem and staff costs.

So even when lawmakers are supposedly working on ways to address the state’s budget crisis, they’re adding to the problem.

Rather than passing new taxes and regulations that unfairly target and disproportionately harm the energy industry, the Alaska Legislature should look for additional ways to cut spending and grow the economy.