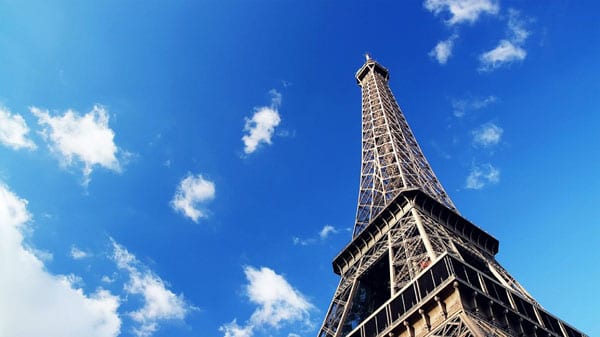 Fresh off his first deregulatory bout, President Trump may be aiming his firepower at the Paris Agreement next. The President pledged on the campaign trail to withdraw from the pact, and will further contemplate withdrawal over the next two weeks. In the meantime, lawmakers and pundits have rushed to the defense of the Obama-era agreement to clamp down on global carbon emissions. On the surface, the accord’s insistence that each nation do their fair share to reduce carbon emissions seems like a reasonable approach to tackle climate change.

But despite the Paris Agreement’s lofty goals, the agreed-upon mechanisms in the agreement will harm nations rich and poor. While the agreed-upon reductions reached in the negotiations are nowhere near sufficient to reach the goal of zero net emissions by 2050, provisions ensure that countries will continue to up the ante on emission reductions. Every five years, nations are expected to “ratchet up” their rate of carbon reductions via more and more aggressive governmental actions. China’s announced cap-and-trade program and India’s large-scale solar deployments show just two approaches that signatories are willing to take to meet these reduction goals.

This may all seem like a laudable “moonshot,” but advocates of continued involvement are ignoring the taxpayer and opportunity costs that come with a continued worldwide agreement. For developing nations with large poor populations, devoting tax dollars resources toward “green” technology adaption leaves other urgent priorities neglected. Monies used for India’s renewable rollout, for example, could’ve funded a year of private school tuition for nearly seven million of the nation’s neediest children, or put food on the table for countless hungry families. And when national priorities are shortchanged for expensive projects that only provide opportunities for the privileged few, economic growth on the whole suffers. In analyzing solar subsidization schemes by the Spanish government, Professor Gabriel Calzada Alvarez at King Juan Carlos University found that one “green job” comes at the expense of at least two ordinary jobs.

Some environmentalists may respond that tradeoffs are inevitable in policy, and economic growth must be siphoned off to clean and green the planet. But as a diverse group of economists have argued, countries growing economically tend to adapt “green laws” more quickly than stagnating or shrinking companies. As more immediate problems such as malnutrition and disease are resolved, local and national governments have the wherewithal to focus on rampant pollution. In the United States, for example, citywide ordinances limiting particulate matter emissions didn’t come into vogue until the nation grew up economically at the turn of the last century.

While the Paris Agreement most immediately impacts the very poorest countries, the United States has to endure its fair share of pain as well. Since poorer Americans devote a larger share of their incomes to energy needs than their wealthier counterparts, mandated substitutions to more expensive “cleaner” energies disproportionately burdens low-income citizens. Taxpayers and ratepayers are repeatedly asked to finance unprofitable “zero emission” ventures, as the expense of public transportation and healthcare ventures. Meanwhile, taxpayers of all incomes are left on the hook for renewable energy boondoggles financed by the federal government.

Continued involvement in the Paris Agreement will simply mean the intensification of these activities, with more gradual emission reduction strategies going by the wayside. Demanding large emission reductions from the outset incentivizes the US to ditch profitable, low-emission natural gas processes in favor of expensive solar and wind operations. Submitting to onerous international rules, then, serves the interests of a connected few at the expense of countries and citizens rich and poor.

With this in mind, President Trump should keep his campaign promise and spearhead our withdrawal from the Paris Agreement. Setting aside unattainable goals and empowering market sources would result in the cheapest and efficient energy sources winning the day, reprieving ratepayers of expensive mandates. Exiting the Agreements would also give poor countries license to announce their own withdrawals, and forge their own paths ahead. Focusing on economic development instead of greenification will lower fertility rates quickly and pave the way for less environmental degradation across the board. Environmentalists keen on a continued global Agreement should realize that a lighter touch is needed to focus on the twin ends of global prosperity and ecology. Affecting change through a laissez-faire framework means kicking the Paris Agreement to the curb and letting a thousand flowers bloom.