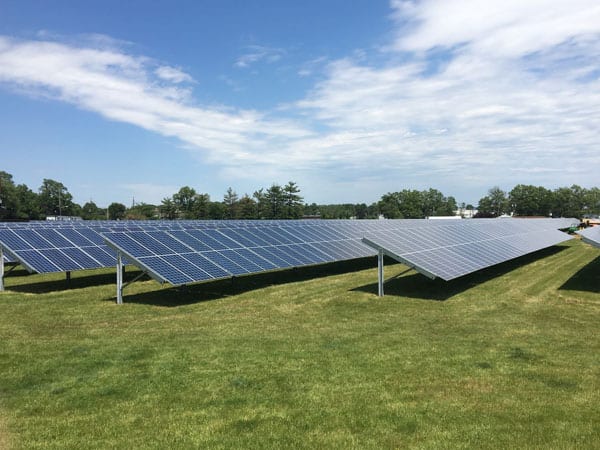 No, federally funded ‘green’ research does not spur innovation

This article originally appeared in the Washington Examiner on February 14, 2018

To many on the environmental left, funding cuts to green energy amount to a war on “clean technology.” Revelations in December that President Trump was redirecting funding away from the Department of Energy’s Advanced Research Projects Agency-Energy program was met with dismay by steadfast backers of the program.

Now, the president is seeking to end ARPA-E, and to slash funding for the Office of Energy Efficiency and Renewable Energy by $1.3 billion. Despite fear-mongering over the demise of clean tech, the best research shows these programs have minimal benefit. Rather than bolstering emerging technologies, they have chiefly siphoned money away from more promising private sector research with actual potential.

In discussing Trump’s proposal, the Washington Post’s Chris Mooney and Steven Mufson list out the research items currently slated for the chopping block. Programs researching bioenergy technologies, fuel efficient vehicles, solar energy technology, and electric car technologies will all likely see significant cutbacks and large staffing reductions. If these research dollars had a proven track record, environmentalists might have a case that the proposed cuts are counterproductive to American growth and progress.

But research from top academics and program consultants casts considerable doubt on this idea. A study conducted by the National Academies of Sciences, Engineering, and Medicine last year provides patent and investment statistics, as well as case studies, on these DOE endeavors. The authors find that of all DOE research programs, ARPA-E-funded projects lead the pack in generating follow-up research, but that all of them are lackluster. The analysis finds that “recipients of 44 percent of ARPA-E awards published at least once, compared with the Office of Science and EERE at 27 percent and 18 percent of awards, respectively.” The authors choose to focus on ARPA-E awardees’ relative success in publishing their results. But the inability of most awardees in any program to publish should be concerning to taxpayers.

The researchers also estimate the amount of spending needed to produce notable research, and find that ARPA-E projects result in one patent filing for every $8.2 million awarded, compared to $18.1 million and $28.4 million respectively for the Office of Science and EERE. Patents are, of course, a crude indicator of innovation, since many are filed to no avail. But patents are a necessary ingredient in securing private funds, and the data show that spending per patent for these programs is unacceptably high. Average figures for federal agencies such as the National Science Foundation, National Institute for Standards and Technology, and the DOE on the whole fall in the $9 to 12 million dollar range per patent generated. Research funding devoted to clean tech, then, is cost prohibitive even by government standards.

Even if ARPA-E produces patents on a slimmer budget compared to other DOE programs, subsequent outcomes are hardly encouraging. Nearly three-quarters of ARPA-E projects designated as “completed” have no market engagement whatsoever — no private funding or company formed around the research. And even that figure is probably excessively kind, because the academics (somewhat shadily) include in their definition of “company formation” recipients who had founded firms prior to receiving ARPA-E funding.

Rather than doubling down on failed “clean tech” programs, proponents of green energy research should work to ensure that tax rates remain low enough to encourage innovation and investment. A recent analysis shows that reductions in tax rates spur patent filings and the hiring of star scientists by businesses. While the analysis examined state-level, rather than federal-level, tax changes, the results imply that top innovators readily alter behaviors in response to tax policy changes.

Keeping low tax rates at the federal level, and warding off proposed tax increases at the state level, are essential for driving new investments in promising ideas. Taking private dollars out of the economy to fund failed endeavours like ARPA-E and EERE is no way to jumpstart innovation.