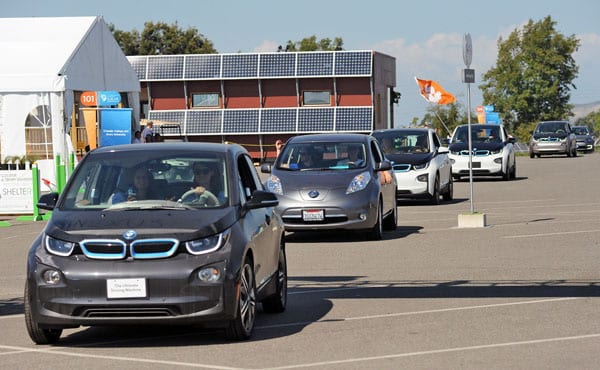 New Survey: It’s No Shock that Americans Are Opposed to Electric Car Subsidies

Electric cars are one of the federal government’s favorite pet projects, with billions of dollars in various subsidies bestowed on producers, like Elon Musk, and high income buyers every single year. Increasingly, state and local governments have gotten on the subsidy bandwagon as well, offering lucrative production, purchase, parking, and charging benefits to everyone involved. Justifications ring a dime a dozen, ranging from miniscule impacts on global climate to thinly veiled protectionism. Too often, though, taxpayers and consumers are left out of the equation. Subsidies and “green” requirements, after all, inevitably trickle down to everyone else, resulting in higher prices and “accounts payable” to Uncle Sam and taxpayers.

But as the public increasingly grows aware of the issues and stakes involved, eco-advocacy groups and legislative allies are finding their positions more and more untenable. In a survey released this month by the American Energy Alliance (AEA), consisting of 1002 likely voters, a large majority of participants expressed significant reservations about footing the bill for electric vehicles (EV). Given increased public dissatisfaction with the flawed, expensive status-quo, it may finally be time to let plug-ins sink or swim in the free market.

The market for EVs has had a long, hard slog over the past two decades, with little success and low opinions amongst consumers. According to a February 2015 study by the National Renewable Energy Laboratory, 55 percent of consumers cited expense of EVs as a reason to not purchase one. The added expense is clearly not worth it to most customers; only 18 percent view these cars and trucks as “better than gas vehicles.”

One key issue in EV acceptance is charging convenience with 79 percent of those polled unaware of potential charging locations along their usual driving routes. The scarcity of charging stations speaks more to the incompetence of government planners than funding available for “renewable” infrastructure. Cities such as Norfolk, Virginia, have free charging stations for public garages, while taxpayers are asked to fork over $1.50 per charge. Other cities reimburse Tesla for infrastructure costs related to charger construction and even incorporate charging stations into publicly funded building projects.

As AEA’s recent survey shows, a majority of taxpayers are opposed to this wonton subsidization of failed fleets. Nearly three-quarters of voters (72 percent) lack trust in the federal government “to make decisions about what kinds of cars or transportation technologies should be subsidized or mandated.” Respondents were also strongly against footing the bill for electric users’ charging habits, with 69 percent agreeing that ordinary car users shouldn’t have to pay for the charging choices of others. The survey also touched on the larger issue of fuel efficiency standards, which the Trump Administration has proposed changing. Under the status quo, car-makers are heavily fined for manufacturing cars with fuel economies below targets set by the federal government.

This, of course, results in extra costs being passed along to customers and keeps pressure on automakers to make expensive new hybrid cars that many cannot afford. A majority (51 percent) of AEA respondents found that large-car buyers subsidizing small-car buyers was an unfair and unsustainable arrangement. The result is hardly surprising, given growing price-tags on new cars. A 2017 Bankrate.com study found that, across major American cities, median-income households were simply unable to afford the average new car. With continued CAFE standards and repeated pushes for more electric fleet production, prices will stretch to the stratosphere.

Even as “green” car manufacturers lobby for ever-more subsidies and mandates, public opposition is unlikely to give way.

Electric vehicles are simply a bad deal for all but a small group of producers and consumers that are considerably wealthier than the average American. Redistributing resources from the middle-class to elite eco-buyers will only fuel resentment.