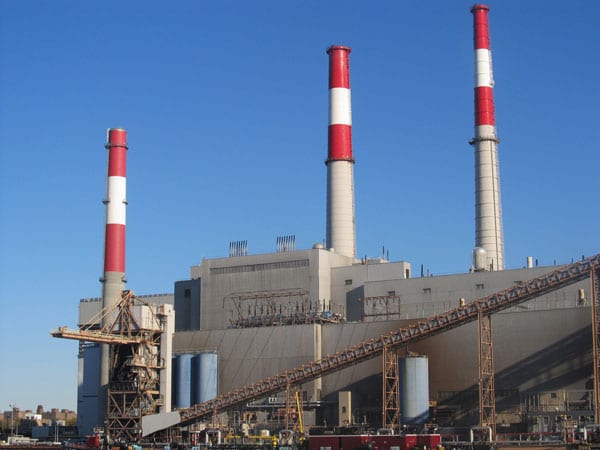 In Tackling Climate Change, Use Markets Instead of Taxes

To environmentalists across the country, withdrawal from the Paris Agreement is an unforgivable sin. In the green movement’s frustration, politicians critical of the international framework are branded as “traitors” and harbingers of the apocalypse. While eco-advocates have legitimate concerns about the climate, this great freak out is unwarranted. Most current proposals to address climate change are unnecessarily expensive, and unlikely to solve the problem.

Consider, for example, the trendy carbon tax flouted by environmentalist groups like the Climate Leadership Council and Friends of the Earth. Advocates bill it as a simple way to reduce emissions and avert climate change. But putting a “price” on carbon products like gasoline and plastic will only cause mass misery, without a corresponding reduction in carbon emissions. The U.S. Energy Information Administration (EIA) projected that if a $25/lb. carbon tax were introduced in the U.S. and rose by 5 percent each year, more than one million jobs would be gone within five years of implementation. Furthermore, yearly income for a family of four would be slashed by around $2,000. And for these painful sacrifices, we would likely get…nothing.

Collapsing demand for carbon products by the U.S. wouldn’t mean less global extraction of fossil fuels, as coal and petroleum supplies shift to energy-hungry countries like Vietnam, Nigeria, and China.  And while these countries are developing their own carbon curtailment plans in earnest, any ambitious action is unlikely. China’s national cap-and-trade program is facing early implementation problems, leading to a proposed scaling back. Countries like Nigeria and Vietnam, which have seen astronomical growth in carbon emissions over the past twenty years, have little incentive or governmental prowess to curb carbon. With or without an international agreement in place, embracing a carbon tax or cap-and-trade system in the U.S. would be all cost and little benefit.

And, even if the proceeds went to renewable technologies, there’s little reason to believe that state-led investments would be all that effective. Government officials have already funneled close to $50 billion in taxpayer money to renewable companies, with disappointing results. This is hardly surprising, when, as the Washington Post notes, “$3.9 billion in federal grants and financing [from the Department of Energy] went to 21 companies backed by firms with connections to five Obama administration officials.”

Rather than fleecing taxpayers, the United States can embrace free-market reforms that turbocharge economy and ecology. Tax reform, which will soon be up for consideration in Congress, is the right place to start. By all accounts, slashing corporate tax rates will bolster the economy and reassure businesses looking to make new investments. Researchers at the University of Illinois and the Nature Conservancy found that funding and manpower for conservation organizations are strongly tied to stock market performance. As society grows richer and richer, more funds will be available to fund ecological preservation and adaptation efforts.

Congress and state legislatures around the country should also consider privatizations across the power and utility sectors. Researchers at Indiana University and Texas A&M found that publicly-owned power plants, hospitals, and water utilities were 15-20 percent more likely to have violated federal air and water standards than their private counterparts. Unsurprisingly, government entities have less of an incentive to avoid the liability and PR mess that comes with pollution.  With enough political will, privatization can be harnessed even further. Thousands of municipalities across the country own parking garages, or heavily subsidize parking in downtown districts. Setting an artificially low price for parking encourages congestion, leading to dizzying pileups and pollution galore. Across-the-board sell-offs would boost market pricing and discipline, in a win for taxpayers and the environment alike.

When privatization is not feasible, the government ought to reign in pollution by curbing wasteful projects. The Department of Defense’s (DOD) overproduction of jets and jeeps contributes to a massive carbon footprint, while contributing little to national defense. Of the 1,300 contaminated Superfund sites spread out across America, at least 900 are military-related. To crack down on the Pentagon’s waste, Congress must end the Overseas Contingency Operations (OCO) slush fund and reign in DoD earmarks. To find additional waste, Congress should comprehensively audit the Department’s operations. As one of the largest polluters in America, the federal government needs to clean up its own act.

While there’s no silver bullet to fix our ecological problems, a range of solutions can simultaneously help the planet and increase prosperity. National carbon pricing and/or permitting schemes are clumsy schemes that would result in widespread misery with little carbon abatement. Only through embracing market pricing and private property can we confront the environmental problems we face.

The Left Is Already Pushing The New Solar Jobs 'Report' As Good News. Don't Buy It.