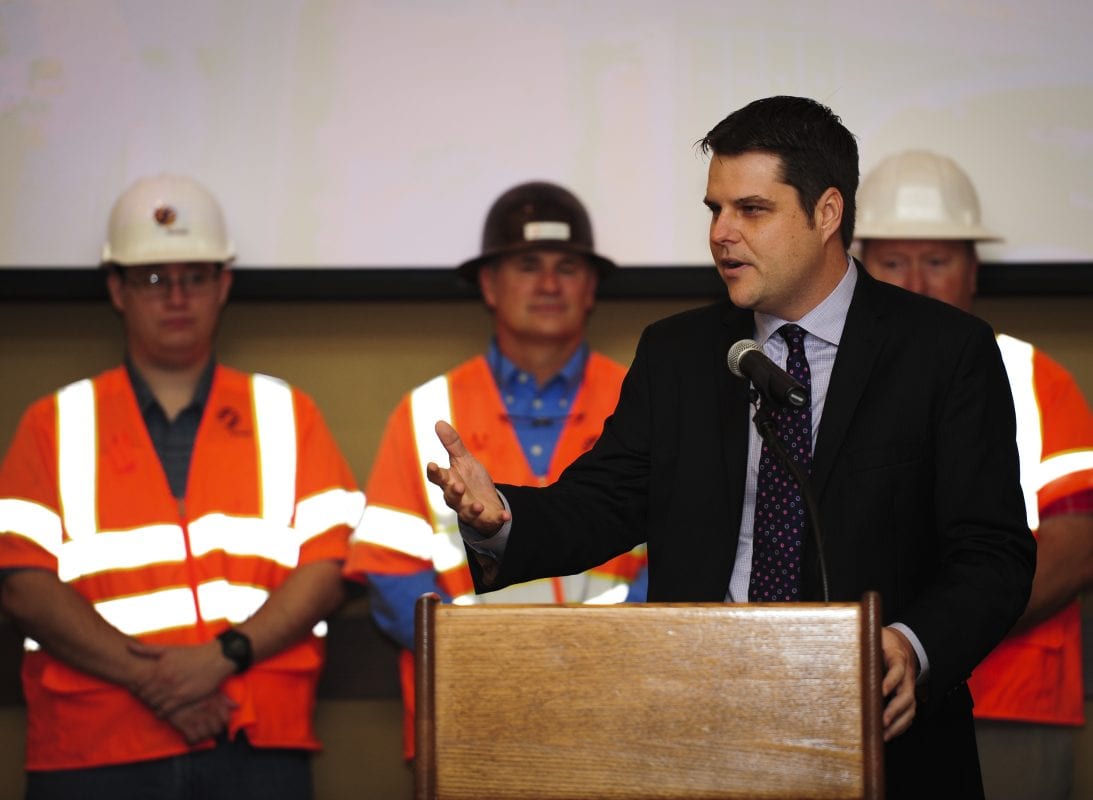 Green Real Deal a Raw Deal for All Americans

This article originally appeared in RealClearPolicy on April 23, 2019.

Bad policies aren’t the sole domain of any one party. For proof of this, look no further than the horrendous energy policy proposals floated by a number of misguided Republican members of Congress over the past few weeks. Determined to seize media headlines from the ultra-liberal Democrats behind the cringeworthy “Green New Deal,” a flock of Republicans led by Rep. Matt Gaetz (R-Fla.) have proposed what they call a kinder, gentler “Green Real Deal.”

In his April 3rd press conference announcing his plan, Rep. Gaetz stated that he rejected “regulation as the driving force of reform” and denounced Democratic proposals that empower a “bunch of bureaucrats in Washington telling us what we can’t do.” But judging by the actual contents of the Green Real Deal, it seems that Rep. Gaetz is in fact criticizing his own proposals because that is exactly what his plan entails. The lawmaker envisions taxpayers “investing in next generation zero-emissions sources, including renewable energy and nuclear energy, especially small modular reactors,” despite the terrible failure of existing green “investment” policies.

Sure, if the taxpayer subsidizes a technology, consumers will start seeing more of said technology. That’s been the case with solar deployment over the past two decades, as federal and state governments make panels artificially cheap and pressure utilities to pursue “renewable energy” with disastrous consequences. Policymakers have pursued renewables at all costs, without asking whether they are actually good for the environment or offer reliable energy for consumers.

Unfortunately, the answer in both cases is a resounding no. Solar panels are notoriously difficult to recycle and harmful pollutants such as lead or carcinogenic cadmium can easily be whisked away by rainwater into fragile ecosystems. And because solar power only works when the sun shines and wind power only works when the wind is blowing, more electricity than needed must be produced to accommodate quick changes in demand.

Failure to overproduce means that energy shortages lead to high prices which hit the poor especially hard. Produce more electricity than needed, and we’re back to the carbon footprint problem that’s used to justify these gargantuan taxpayer “investments.” This has been Germany’s problem for much of the past decade, despite the country’s $200 billion investment in “renewables” over the past twenty years.

Rep. Gaetz is also seeking to establish a “voluntary framework” to report and track carbon emissions and renewable investments. But this approach leaves much to the imagination. If the federal government subsidizes this mammoth endeavor, the program will inevitably morph into a massive corporate welfare program at a time that emissions are falling anyway. Or maybe, this voluntary framework will morph into a not-so-voluntary framework, which would inevitably mean higher energy costs passed along to consumers. Just ask Californians, whose electricity prices have risen five times faster than the rest of the country since the start of the decade due to onerous “low-carbon” policies.

Instead of increasing energy costs or subsidizing even more inefficient and costly new “green” projects, lawmakers should instead promote real reforms through market-friendly policies that will keep prices in check for all Americans. Lowering regulatory barriers to exploration can keep a downward pressure on prices as companies search for the next energy goldmine on U.S. soil.

Solar and wind will inevitably be part of that mix, which is far preferable to putting all of our eggs in the porous renewables basket. Just as no party has a monopoly on bad ideas, no political movement owns all the good ideas. All lawmakers, from socialist Sen. Bernie Sanders (I-Vt.) to Rep. Gaetz can move the cause of affordable, abundant energy forward if only they adopt sensible common-sense policies that use the market, and not higher taxes and regulation, to drive reform. Taxpayers and consumers are counting on leadership that would lighten the load of government.