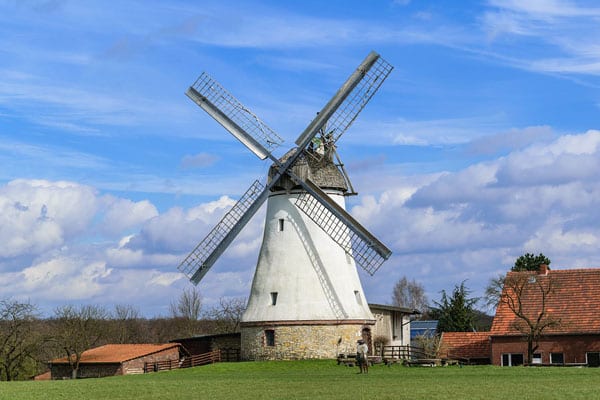 This article appeared in The Daily Caller on September 21, 2017.

Even in an age of hyper-partisanship, bad ideas seldom die with the presidential administration that spawned them. A smorgasbord of federal and state “green”subsidies and mandates continue to wreak havoc on the American energy markets, hiking costs for everyone. Despite the findings of the Department of Energy (DOE) and other authorities that green “investments” mean more volatility for the energy grid, lawmakers at all levels continue to push these failed policies to the detriment of consumers and taxpayers.

The subsidization of wind power represents a longstanding threat to the integrity of the electrical grid. And, despite years of gargantuan federal subsidization of the manufacturing and deployment of turbines, energy generation costs remain sky-high. The levelized cost of electricity (LCOE) for wind power, which just takes into account the immediate cost of generating a unit of energy, is already non-competitive with traditional energy generation in most areas of the country.

If the plethora of existing subsidies and mandates are taken out of the equation, wind is rendered even less competitive across the fifty states. But for wind and other “renewables,” the costs to consumers doesn’t end there. Since renewables have wide performance swings depending on the time of day and year, integrating them into the grid requires the heavy intervention of fossil fuel technologies to ensure that energy is always available.

Despite the rhetoric offered by many of the environmental Left, there’s simply no cost-effective way to lean on renewable technologies for a nation’s energy generation. And, upon closer inspection, the common refrain of “if Europe can do it, so can we” falls flat. The European Union’s green credentials rely mainly on using “old renewables,” like solid biofuels (ie. wood pellets) rather than wind turbines and solar panels. And, in cases like Germany where “new renewable” market penetration pushes past 20 percent, integration costs raise considerably.

The recently released Department of Energy (DOE) grid reliability study noted challenges in the integration of wind and solar technologies, stating that “variability and corresponding impacts on net load” are the largest barriers to adaption. Wholesale changes to power system operations and “improved coordination across markets” are required to address the variability of renewables. To address these issues, the report calls on officials to “focus R&D on improving VRE integration through grid modernization technologies.”

But throwing more money at the problem is the wrong solution to a pressing problem. Research shows that innovation does not normally follow from large, taxpayer-funded R&D expenditures. Even an army of engineers and scientists on the federal dole won’t be sufficient in solving a highly complex integration problem.  Furthermore, asking bureaucracies to oversee “improved coordination” ignores the real-world inability of governments to organize complex marketplaces.

Continuing to bolster technologies without successfully integrating them carries real-world consequences. High-energy costs not only disproportionately fall on the working poor, but also mean higher taxes through increased governmental operating costs. Any “green jobs” flowing from wind and solar mandates and tax credits tend to come at the expense of existing private sector jobs, according to research by King Juan Carlos University.

Given these unintended consequences, its clear that the subsidy merry-go-round for renewables cannot continue. Supposed solutions to the integration problem ignore real-world pitfalls, and costs are simply too high. Instead of holding out hope for bureaucracies to somehow get their acts together and aptly manage complex marketplaces, the DOE should embrace unfettered energy markets.

Only an unbiased price system can help energy supply cater to consumer needs at minimal cost. While partisanship for partisanship’s sake is never welcome, bad ideas should be allowed to die with an outgoing Administration. Once green subsidies and mandates are finally nixed, America can finally live up to its energy potential.