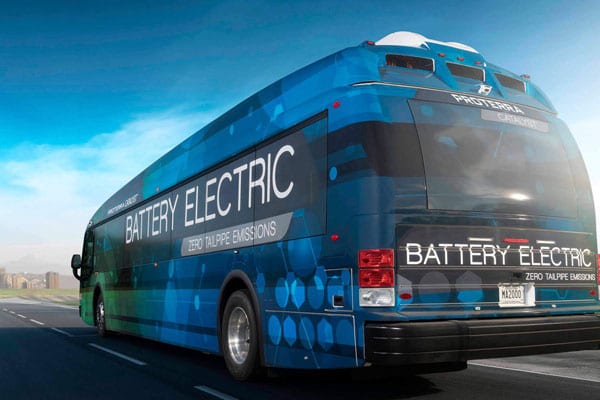 This article originally appeared in the Washington Examiner on August 5, 2018.

According to green energy advocates, U.S. cities are on the cusp of large-scale electric bus purchases, paving the way for a greener and zero-emissions future. This year, for instance, San Francisco committed to a fully-electric vehicle fleet by 2035, before testing electric buses on the hilly routes of the city. San Francisco is hardly alone; Seattle signed onto an international pledge to only use electric buses starting in 2025. Dallas unveiled their own electric fleet, introducingseven vehicles for downtown services with the help of more than $7 million from the Federal Transit Administration (aka federal taxpayers).

There’s little evidence, though, to justify these large-scale undertakings. Electric buses are unlikely to serve citizens at a lower fiscal and environmental cost than a regular fleet. Pilot experiences, coupled with detailed projections, show that “the wave of the future” is an expensive, disruptive alternative to the status quo. Instead of going electric, mayors and other local officials should look for other ways to produce better transportation services for residents.

Listening to reports about the future of electric vehicles, it’s easy to buy into the inevitability and invincibility of battery-powered fleet. Energy Innovation contends that electric buses “make economic sense for local governments,” since federal funding tips the scales far in the direction of “renewable” technologies. Even with this hand waving, the obvious is conceded: the full cost of electric vehicles is far more than the cost of conventional, diesel alternatives. Reuters cites figures showing, “A typical 40-foot electric bus costs around $750,000, compared with about $435,000 for a diesel bus.” Since public transit agencies currently own less than 500 electric buses compared to 64,500 conventional vehicles, even making the collective fleet half-electric would require nearly $10 billion in total outlays.

Yet, advocates insist, fleet prices will continue to decline, with electric buses soon-to-be cost-competitive with diesel rivals. According to Bloomberg New Energy Finance, the price of electric batteries will need to drop another 50 percent to be cost-competitive, which will not happen until at least 2026. This date continues to get pushed back, as battery prices level off after a decline of more than 50 percent since 2014. Tesla, which used to continually report improved battery costs, dropped the issue altogether in their 2017 10-K filing. And it’s little wonder why: Rising prices of key electric battery inputs such as cobalt and lithium are putting upward pressure on battery prices and global demand pressures show no signs of abating anytime soon.

Fleet procurement costs are just the tip of the iceberg. According to a 2017 study by Wood Mackenzie, charging 60,000 electric vehicles simultaneously would use up 70 gigawatts of power from the grid, equal to current peak demand for the state of Texas. If localities nationwide replaced most of their buses with electric fleet, the nation would effectively add a generous Texas-sized side-helping of demand to their electricity markets. This needn’t be an issue, of course, if electric buses are simply charged at night as many electric vehicles currently are.

But if charges prove insufficient to get battery-powered fleet through their many miles of daily routes, mid-day charges will become necessary. Los Angeles’ experiment to electrify its bus system shows that, despite high advertised vehicle ranges, electric buses typically need to be recharged after 60 miles. For metro systems in many major cities across America, this range creates a virtual certainty that buses will need to recharge before the end of business hours. The impact of thousands of vehicles plugging into the grid during the day will pose serious challenges, and needs to be factored into cost estimates of electric cars.

The numbers may be clear, but ultimately, cost estimates will not be enough to dissuade the cult of the electric car. For the sake of the “environment,” some will argue that no expense can be spared. Except for the fact, of course, that electric vehicles may prove dirtier than conventional fleet depending on which energy sources America relies on in the future. Without any clear environmental benefit, and with an array of costs for local, state, and federal taxpayers, governments need to scale back procurement promises.