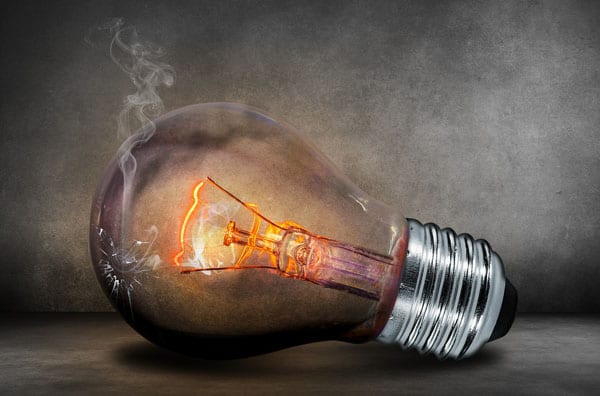 This piece was published in The Daily Caller on August 2, 2017.

On Friday, Al Gore’s sequel to “An Inconvenient Truth” – “An Inconvenient Sequel: Truth to Power” – arrives in movie theaters across the country. But there’s another inconvenient sequel worth noting and, like most sequels, this one is even worse than the original.

Gore’s hypocritical home energy use and “do as I say not as I do” lifestyle has plunged to embarrassing new depths.

In just this past year, Gore burned through enough energy to power the typical American household for more than 21 years, according to a new report by the National Center for Public Policy Research. The former vice president consumed 230,889 kilowatt hours (kWh) at his Nashville residence, which includes his home, pool and driveway entry gate electricity meters. A typical family uses an average of 10,812 kWh of electricity per year, according to the U.S. Energy Information Administration.

The National Center for Public Policy Research obtained the environmentalist’s energy usage information from individuals at the Nashville Electric Service, the utility that provides electricity to Gore’s home and much of Middle Tennessee.

In 2007, the day after Gore won an Academy Award for “An Inconvenient Truth,” I revealed Gore’s hypocritically high electric bills. In some months, I discovered, his residence gobbled up to 20 times more electricity than the average American household.

When Gore’s inconvenient truth became public knowledge, he promised to change his ways and gave his property a green makeover. Gore added 33 solar panels at a princely price tag of approximately $60,000. He also upgraded the home’s windows and ductwork, replaced the insulation, put in a driveway rainwater collection system, and installed a geothermal heating system.

The Nobel laureate also heroically went to the trouble of replacing his incandescent light bulbs with compact fluorescent ones.

Despite spending more than a quarter-million dollars on making his home more environmentally friendly, his energy consumption is higher than ever.

Those 33 solar panels generate about 12,000 kWh of electricity a year – way more than enough energy to power a typical American household. Gore is such an enormous energy hog, however, that his gigantic rooftop solar array produces just 5.7 percent of the electricity he uses in his home, or enough to power his home for a measly 21 days a year.

Gore also claims that his environmental sins are washed clean because he contributes to Green Power Switch, a scheme in which customers can donate extra money beyond the cost of their power bill to support green energy efforts. The money goes to the Tennessee Velley Authority (TVA), the source of NES’ electricity, to fund renewable energy projects.

Gore even told the “TODAY Show” that his home uses 100 percent renewable energy, but that is an outright lie.

Just because Gore donates to the Green Power Switch program doesn’t mean he receives green energy at his home. Gore gets the same electricity every other Nashville resident receives – 87 percent of which comes from nuclear, coal and natural gas power plants. About 10 percent of Gore’s electricity comes from the TVA’s environmentally devastating dams. Only a puny 3 percent comes from renewable sources such as solar and wind.

Not counting the $432 a month Gore spends on his Green Power Switch indulgences, the green extremist shells out about $22,000 a year to pay his electric bills.

Spending more than $1,800 a month on an energy bill would sink most Americans, but it’s pocket change to Gore. He has manipulated environmental concerns into a big business. When his term as vice president ended in 2001, Gore’s net worth was less than $2 million. Today, Gore is worth an estimated $300 million.

Gore apologists argue that his large home is the reason for his massive energy consumption. That’s not true, either.

Astonishingly, Gore also owns at least two other homes – a penthouse in San Francisco and a farmhouse in Carthage, Tennessee – so his carbon footprint is even larger than it appears.

The former veep has become a prophet of environmentalism, a religion he helped create. But he is a false prophet. He appears to exploit his followers for recognition and money, and it’s unclear whether he actually believes a word he says.

Al Gore is happy to talk the talk, but has proven completely unwilling to walk the walk when it comes to living a green lifestyle – and that should make every person question the messenger as well as the message.