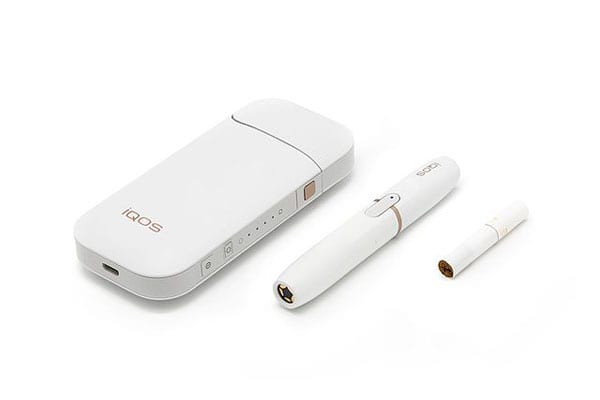 By Approving Sale of IQOS, the FDA can Foster Innovation and Choice

To an increasing number of smokers in Japan and Korea, tobacco urges needn’t be fulfilled with a pesky lighter. Smokers in these countries need only to pull out a black box, detach the heating device, and insert a slim tobacco rod into an electronic holder, and take a puff to end their craving. The IQOS heat-not-burn product from Philip Morris International (PMI) has taken the streets of Tokyo and Seoul by storm, cutting down on the thick plums of secondhand smoke tourists have often complained about.  But the technology is notably absent in the United States, as IQOS undergoes regulatory approval by the Food and Drug Administration (FDA).  By setting up a scientific review process and taking the latest data into account, the FDA has taken an important step forward in bringing that innovation to American consumers.

In assessing IQOS’s safety, the regulatory agency will be sure to take an in-depth look at the technology of IQOS, which continues to win over smokers, with more than 2 million smokers completely quitting cigarettes and switching to IQOS. The heat-not-burn technology behind IQOS ensures that tobacco is not burned, while still being exposed to a high-enough temperature to give smokers the traditional sensation and ritual that comes with lighting up.

The saga to bring IQOS to world many years ago when Phillip Morris International (PMI) started to explore alternate ways for people to use tobacco, while reducing the risks associated with smoking.  PMI submitted an application to the FDA for IQOS to be approved for sale in the US as a “modified risk tobacco product,” which would permit it be sold in a way that communicates to adult smokers that it offers reduced risk or reduced exposure to harmful compounds compared to traditional cigarettes.  FDA has now begun its review of that application, recently announcing that they are accepting public comments period last month. Volumes of data submitted by PMI, corroborated by independent research, support the idea that IQOS is a product worthy of immediate approval. Furthermore, polling data and market research data in Japan demonstrates that IQOS provides an “exit ramp” from ordinary smoking, instead of a gateway to more harmful tobacco products.

Two years ago, a research team led by Dr. Reto Auer of the University of Bern in Switzerland examined the level of carcinogens emitted from an IQOS puff, compared to the traditional cigarette brand Lucky Strike. The team found that amounts of polycyclic aromatic hydrocarbons (PAH) found in IQOS smoke were far lower than for cigarette smoke. To Dr. Auer, however, “there is no safe minimum limit for some of the chemicals” and therefore more research is needed before the mass-introduction of the product.

In assessing this claim, it’s important to examine the evidence presented. Of the thirteen PAHs studied for which output data is available, only one PAH  (Acenaphthene) contains a per-cigarette dosage over 10 nanograms (ng). By way of comparison, ordinary cigarette smoke contained doses of over 100 ng for the majority of PAHs studied. But trace amounts of PAHs are all over the place, in the food we eat and the liquids we drink. While “acceptable” levels of PAH in water vary depending on the source, most authorities conclude that a concentration of less than 10 ng per liter is acceptable. Based on these figures, a small/moderate amount of IQOS smoking per day seems to be fairly harmless.

Given the reduced risk potential offered by IQOS versus traditional cigarettes, substitution from the later to the former may result in substantial public health improvements. And, in markets where IQOS use is gaining traction, the overwhelming majority of IQOS triers are regular smokers.

Additionally, PMI survey data in the US supports the idea that current smokers by-and-large crave a product that produces a cigarette-like sensation with reduced health impacts. While over three-quarters of current smokers have tried vaping, a large plurality describe the sensation as “somewhat satisfying.” This, coupled with evidence showing diminishing numbers of cigarette smokers trying vaping products, suggests that IQOS can make significant inroads into the US market, where approximately 40 million adults still smoke.

Products that can provide an exit ramp from regular, ordinary cigarette use is vital for public health. In the midst of evidence attesting to the potential for reduced risk on offer through IQOS use, further delaying the approval process would be a major setback for America’s well-being.

For taxpayers and consumers, it is important that the FDA do their job and evaluate all new tobacco technologies based on science.  Unwarranted delays with political import will only serve to reduce consumer choice and bilk taxpayers with higher health-care bills down the road.

IQOS is not risk-free. It’s not meant to be. Its purpose is to reduce risk. The real risk is closing the door on innovation and denying American smokers a choice.