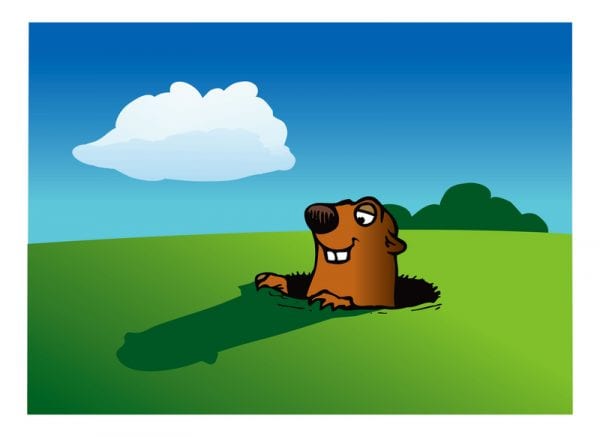 Thursday February 2 is Groundhog Day.  This is the day that a furry little creature named Punxsutawney Phil in Northwest Pennsylvania is yanked out of his comfortable home to be a media spectacle and tell us whether or not there will be 6 more weeks of winter.  Even though the groundhog is more of a prop than a well calibrated meteorological tool, there is an official Punxsutawney Weather Discovery Center Museum.  And, in fiscal year 2005, the museum received a $100,000 earmark.  Perhaps fittingly, today (just two days before Groundhog Day), the Congressional Budget Office (CBO) released its “The Budget and Economic Outlook: Fiscal Years 2012 to 2022” in which taxpayers can see deficits until 2022 (the last year CBO calculates for).  Total deficits from 2012 to 2022 will increase the debt by $4.1 trillion.  According to The Hill, “CBO also projected the jobless rate would rise to 8.9 percent by the end of 2012, and to 9.2 percent in 2013.These are much dimmer forecasts than in CBO’s last report in August, when the office projected a $973 billion deficit. The report reflects weaker corporate tax revenue and the extension for two months of the payroll tax holiday.”

Even with a downward trend from their last report, the latest report may be a bit optimistic.  According to CBO, “For instance, as measured by the change from the fourth quarter of the previous year, CBO’s baseline economic forecast anticipates that real GDP will grow by 2.0 percent during 2012, by 1.1 percent during 2013, and by an average of 3.2 percent annually from 2014 to 2022. If the actual growth rate of real GDP was 0.1 percentage point higher or lower each year, the cumulative deficit projected for the 2013–2022 period would be about $300 billion higher or lower.”  Taxpayers shouldn’t have to keep their fingers crossed hoping for 3 percent growth.  The problems lie (please note the intended double entendre) in both revenue and outlay projections.

The biggest area to address is spending.  According to CBO, discretionary spending is expected to increase by 5.7 percent from $1.308 trillion to $1.382 trillion.  This assumes that there will be a reductions in discretionary spending from 2012 to 2019 (don’t hold your breath).  On the other hand, mandatory (entitlement) spending is expected to grow by 70 percent from $2 trillion to $3.5 trillion during the same time frame.

The reductions in discretionary spending until 2019 is optimistic, to say the least.  And, even with CBO’s rosy economic scenario, entitlement spending will be out of control for at least the next ten years.  If real entitlement reform is not instituted immediately, the deficit and debt could get even worse putting the country on the brink of bankruptcy.  Government spending and debt is spiraling out of control and Congress needs to get its fiscal house in order ASAP.