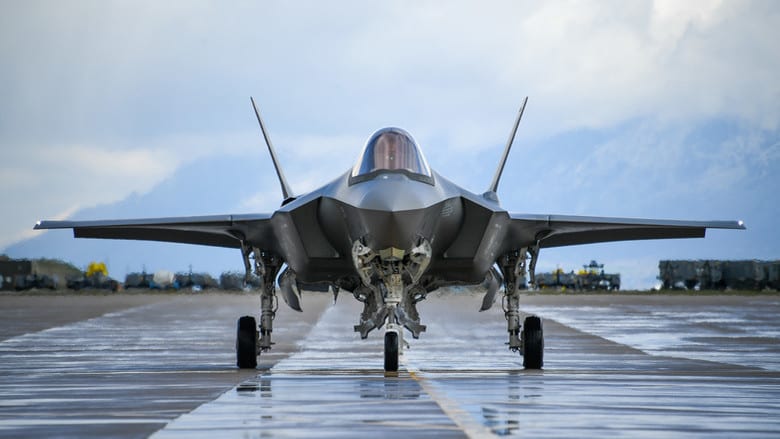 Time to Put the Broken and Bloated F-35 Program to Rest?

This article originally appeared in The National Interest on May 14, 2020.

Every day, the federal debt grows to new heights previously thought unimaginable. In 2008, fiscal hawks such as the late, great Sen. John McCain (R-Ariz.) were apoplectic that the national debt was at $10 trillion. Just 12 short years later, taxpayers are being asked to foot an astounding $25 trillion bill for federal debt. And the spending palooza shows no signs of letting up as lawmakers and the Pentagon continue to double down on the unnecessary and bank-breaking F-35 program. Taxpayers are having enough trouble coping with their own bills; the last thing households need right now is to continue funding another costly, ineffective federal project. It is time to end the F-35 program and free the Pentagon to spend defense dollars more prudently.

Even by government standards, the latest federal spending binge is excessive. Given public health mandates by governments, it is impossible for many businesses to operate and so Coronavirus-related relief spending was completely understandable. This aid, mainly in the form of forgivable loans to small businesses and relief checks to households, should prompt policymakers to assess which other spending endeavors can be reduced or cut back. But, in typical federal fashion, lawmakers and Pentagon officials want to keep the failed, $1.5 trillion F-35 program funded while the government sends out checks to…pretty much everybody. It’s little consolation to send families (of four) $3,400 when it costs taxpayers $44,000 an hour to keep each F-35 in the air. Military equipment is bound to be expensive and it is important to keep America safe against her enemies. But, taxpayers deserve answers as to why the Pentagon continues to pursue a fighter 80 percent more expensive than its replacement.

In fact, the F-35 Lightning II Joint Strike Fighter is among the costliest weapons ever conceived, and even the gargantuan price-tag cited in the media doesn’t take into account indirect supply chain issues. In 2019, the Government Accountability Office (GAO) found that F-35s are having to “cannibalize” parts from other F-35 aircraft due to persistent issues in procuring new parts for these planes. GAO noted, “to keep aircraft flying despite parts shortages, from May through November 2018 F-35 squadrons cannibalized (that is, took) parts from other aircraft at rates that were more than six times greater than the services’ objective…personnel at F-35 squadrons are pulling parts off of other aircraft that are already unable to fly instead of waiting for new parts to be delivered through the supply chain.” These logistical issues are considerably complicated by the Coronavirus pandemic, especially considering that Lockheed Martin relies on a facility in COVID-ridden Italy for final assembly.

For all this trouble, the Pentagon can’t even rely on the F-35 to play its part in defending America. For example, cabin pressure related problems have led to barotrauma (i.e. extreme ear and sinus pain) for Air Force pilots flying F-35s. While Lockheed claims they’ve fixed this issue in a laboratory setting, flight testing with the purported fix has yet to happen. The Navy is also unhappy with the fighter jet’s sea search mode, which can only show a small sliver of sea surface. This problem will likely need to be patched up with software modifications and won’t be fixed for at least another four years.

The F-35’s wide-ranging problems might be understandable if costs were low and the project was a bargain even with the required fixes and supply chain complications. But, asking taxpayers to shell out more money for these problem-plagued jets is like asking a middle-class family to pay for a $200,000 Lamborghini that needs to be taken to the mechanic immediately after purchase. Asking citizens to foot this bill is absurd, especially at such a difficult time.

Lawmakers desperately need to find cost savings across the federal government instead of doubling down on budget-busting boondoggles. They can start by closing the book on the disastrous F-35 program.