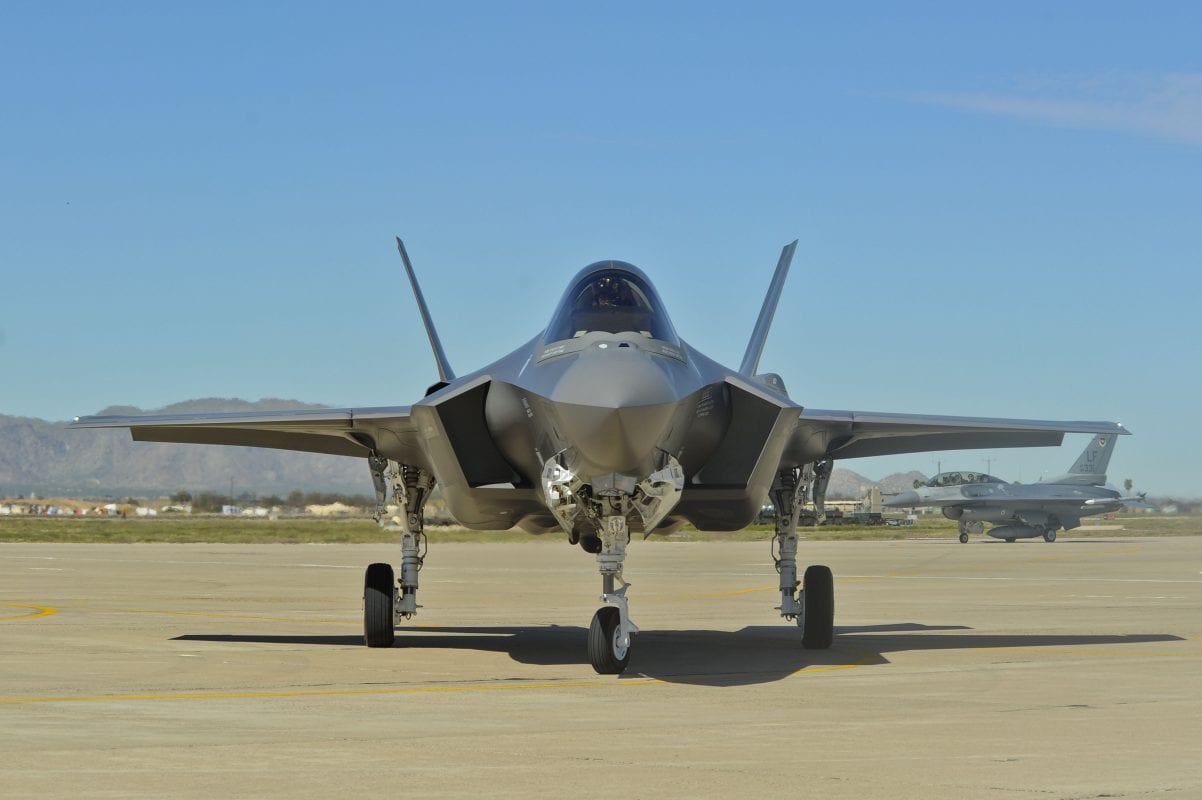 This article was originally published in The American Conservative on December 9, 2019.

At a tick below $62,000, U.S. median household income is high and rising steadily. Yet this handsome sum is only enough to keep one F-35 stealth fighter in the air for about an hour and a half. This (taxpayer) dollar-guzzling hunk of metal has attracted the ire of fiscal hawks for two decades, yet no one in government—and especially nobody at the Department of Defense—seems keen on shelving it.

This is a huge problem. Taxpayers deserve a cost-effective national defense, not bureaucrats attached to shiny boondoggles.

Now we’re finding out that the astronomical costs are driven by problems with the F-35’s Autonomic Logistics Information System (ALIS), which is supposed to help military staff examine technical information and plan military operations. Air Force Magazine reporter Rachel Cohen writes, “DOD is still figuring out when a rearchitected ALIS could become available.” And this is just the tip of the iceberg. On November 13, Robert Behler, director of the Pentagon’s Operational Test and Evaluation Office, testified before the House Subcommittee on Readiness and Tactical Air and Land Forces that the “Operational suitability of the F-35 fleet remains below service expectations. In particular, no F-35 variant meets the specified reliability or maintainability metrics.” Meanwhile, the program failed to meet the 80 percent mission-capable rate goal set forth by Pentagon leadership.

Service and operational standards remain low as costs continue to climb higher. At a lifetime cost of $1.5 trillion, the F-35 Lightning II Joint Strike Fighter is among the most expensive weapons ever devised. Indirect costs are even higher, since the F-35 requires the “cannibalization” of parts from other systems. The Government Accountability Office notes, “According to prime contractor data, to keep aircraft flying despite parts shortages, from May through November 2018 F-35 squadrons cannibalized (that is, took) parts from other aircraft at rates that were more than six times greater than the services’ objective.”

By implication, monies devoted to other Pentagon operations are in fact being diverted to the F-35. The program, then, is less of a money pit than a black hole, sucking in dollars and manpower that would have been used better elsewhere.

Taxpayers are likely wondering how things got this bad. The Joint Strike Fighter had promising origins back in the 1990s, and when the project’s development contracts were signed in 1996, program “visionaries” genuinely seemed to believe that the F-35 would deliver cutting-edge technology at low costs. Key to its affordability, and replacement of older aircraft, was the shareability of spare parts between the Navy, Marines, and the Air Force. In contrast, having niche aircraft and equipment for different branches of the military drives up costs by proliferating the number of boutique contracts with suppliers.

Unfortunately, the simple, seductive appeal of the F-35 did not live up to reality. Retired lieutenant colonel and contributor to The Nation William Astore recounts, “In 2014, the plane’s woeful record finally caught the eye of CBS’s 60 Minutes, which documented how the program was seven years behind schedule and already $163 billion over budget. The Pentagon, however, simply plunged ahead.”

In the private sector, there are plenty of instances where cost-cutting ideas turn out to be large cost-drivers. The difference is that, if these initiatives stay the course, their companies will go out of business. Instead of accountability, the Pentagon receives $680 billion in annual funding with virtually no questions asked. Often, lawmakers approve funds that Defense officials don’t even ask for (i.e. congressional earmarks). An analysisof the fiscal year 2019 Defense Appropriations Bill by the Taxpayers Protection Alliance uncovered that members of Congress had snuck in $740 million for eight additional F-35s. These are planes the Pentagon didn’t request.

It’s hard to have congressional accountability when it’s Congress that’s enabling excessive and wasteful Pentagon spending. At the very least, these practices must end immediately via a stronger ban on earmarking than what’s already on the books. Lawmakers must also demand more accountability from the Department of Defense and make funding levels contingent on it kiboshing boondoggles such as the F-35. The country simply can’t afford a profligate Pentagon that spends way beyond its means to deliver a piece of equipment that’s deeply flawed.