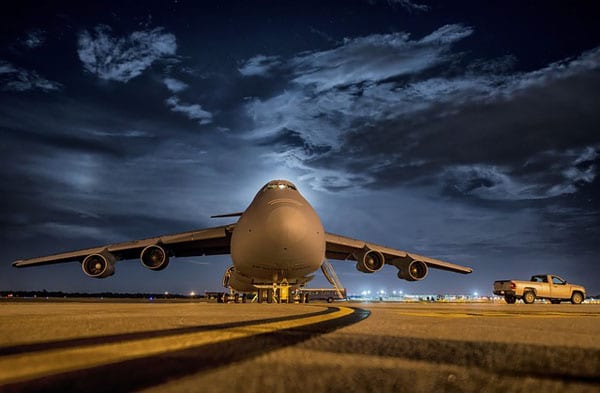 This piece was published in the Independent Journal Review on August 22, 2017.

Whether it’s subsidized loans through the Export-Import (Ex-Im) Bank or their latest trade dispute with Bombardier, Boeing has an uncanny knack to look for government help instead of doing things for themselves. In particular, Boeing’s allegations before the United States International Trade Commission (USITC) to try Bombardier before the U.S. Commerce Department on antidumping and countervailing duty charges brings light to a decades-old fight over international aircraft subsidy programs within a new atmosphere of protectionism in Washington.

Earlier this year, Boeing asked the Department of Commerce to punish Bombardier for harming Boeing and distorting trade with the sale of a new series of passenger planes to Delta at a price Boeing alleges is well below what the planes should have cost, a practice commonly referred to as “dumping.”

One could only assume that if Bombardier could indeed pull off the sort of trade policy manipulation that Boeing claims, then the Canadian government and a massive subsidy program must be lurking just behind the curtain. But the reality is that the U.S. Trade Representative and Boeing have exhausted all options fighting Bombardier.  Their critical litigation against Airbus revealed that although Boeing often casts aspersions against its foreign competitors, crying illegal subsidy whenever new aircraft models appear to intrude on its market, Boeing too receives implicit subsidies from the U.S. government.

Yes, Airbus is far more heavily supported by European governments, but the bigger picture is that nobody in the commercial aircraft industry is clean.

Regardless of national origin, manufacturers of commercial aircraft receive some assistance from their government. In fact, Boeing’s recent target Bombardier, is among the most examined cases of government subsidy within the international aerospace market. At this late stage — there is very little the Canadian government has supported that has not been thoroughly vetted, restructured, or upheld by the WTO — often at Boeing’s urging.

But none of the greater discussion on subsidies, nationalities of manufacturers, or what constitutes “American-made” should detract from Boeing’s targeting of Bombardier before the USITC. The current trade remedies approach to the Bombardier dispute represents easy pickings for a company like Boeing, and an extremely low bar for a case to even be heard. In today’s political climate, it is almost too obvious to state that Boeing has deftly played its protectionist hand before the USITC, allying themselves in the public debate with the likes of steel manufacturers and softwood lumber interests in an effort to stymie Canadian imports.

Still, if Boeing truly had the case it claims it does, and it truly wished to deal the coup de grâce to Bombardier’s expansion into the U.S. market, there is no reason why Boeing should settle for a mere trade remedy. Simply put, Boeing would rather fight the skirmish with overwhelming odds in Washington, while the war on equal footing rages in Geneva.

But beyond the extremely low barrier to case consideration by the USITC, Boeing will likely still pay a price as it is unlikely to receive the remedy figures it truly wants to bear both the cost of the case, as well as the long-term fiscal impact of a reduced market share on regional routes where airlines continue to seek new aircraft.

Curiously, Boeing’s delineation of the market in its filing of an aircraft with a range of 2,900 nautical miles excludes its (sometimes) WTO-partner Embraer, highlighting the almost petty nature of its dispute over Bombardier’s CSeries. Before an international organization this would raise red flags, but in the American jurisdiction Boeing can effectively become both petitioner and judge, selecting the parameters by which the case can be considered.

The USITC notes in its preliminary finding that the industry is crowded, a fact acceded to by both Bombardier and Boeing during early arguments before the board. As China, India, and Japan attempt to enter the global aerospace market through the design and manufacture of their own narrow body aircraft, under the logic of the current ITC filing Boeing’s legal department will swim in filing paperwork for decades to come.

If Boeing truly seeks a long term remedy to continued international subsidy disputes, complaints against Bombardier before the USITC offer no real solution, and only result in paltry short-term solutions for Boeing, while limiting free-market access for legitimate competitors like Bombardier. Long term resolution to these tit-for-tat disputes throughout the marketplace can only come through a commitment by all parties, including established manufacturers like Boeing and growing international state and private competitors, to agree to an international trade deal that will run far deeper than any trade remedy investigation can ever go.

The current case against Bombardier is just not worth Boeing’s time and is ultimately just Boeing crying “wolf” in a trade dispute.