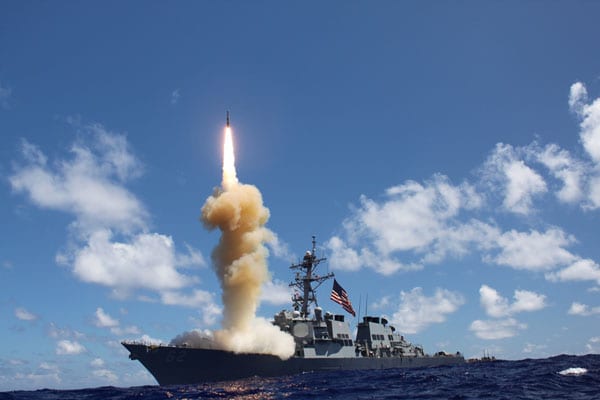 Getting More for Our Money on Missile Defense

This article originally appeared in Real Clear Defense on November 7, 2017

The United States faces a grave and growing threat from North Korea’s nuclear weapons and ballistic missile programs. With North Korea conducting two ICBM tests in July of 2017, Kim Jong-Un is a pariah intent on putting the United States and allies on the defense. For the first time, North Korea has demonstrated the ballistic missile technology necessary to directly attack the U.S. homeland. And these developments are not unfolding in a vacuum. Ballistic missile threats from Russia and China are ever-present and rapidly evolving.  However, these pressing issues are no excuse to hand the Department of Defense a blank check.  Only a smart and nimble national defense will prove capable in diffusing these threats and protecting the country.  Reforming the military’s purchasing protocol by instituting multi-year procurement can accomplish that goal.

The United States has all of the tools it needs to defeat ballistic missiles. Decades of gargantuan investments in proven and effective missile defense capabilities has given America ample capacity to defend its citizens. The systems that the country has deployed have undergone rigorous development and testing, and have demonstrated capabilities against the full range of ballistic missile threats. The Ground-based Interceptors (GBIs) deployed in Alaska and California provide the only missile defense protection of the Continental United States, the Aegis system deployed on ships and ashore provides regional defense capabilities, and the U.S. has deployed THAAD batteries to Guam and South Korea to protect against North Korea’s growing arsenal of missiles.

On October 15th, The U.S. Navy and the Missile Defense Agency conducted a test of the ship-based Aegis missile defense system and passed the test with flying colors. The test included a successful intercept of a medium-range ballistic missile target using a Standard Missile (SM-3) Block 1B interceptor, and the successful flight test of another missile, the SM-6 interceptor. As the former Director of the Missile Defense Agency, Admiral James Syring, testified in May, the Aegis ballistic missile defense system continues to be the backbone of American regional missile defense capabilities. It is critical to addressing the ballistic missile threat posed by North Korea and other nebulous regimes.

Unfortunately, the United States cannot afford to rely on previous investments to keep its citizens safe from profligate threats abroad. Adversaries continue to test and develop ballistic missiles, and arsenals are only growing. North Korea’s Intercontinental Ballistic Missiles (ICBM) and nuclear programs put Americans at risk of nuclear attack from an unpredictable leader of a potentially unstable country.

The goal of the Taxpayers Protection Alliance is to hold politicians accountable for the effects of their policies on the size, scope, efficiency and activity of government and offer real solutions to runaway deficits and debt. The top responsibility of the federal government is to protect the country and its people. Even though billions will inevitably be spent on vital national security programs, it is critical that taxpayers are getting the most value for their hard-earned dollars. That is not happening now.

The annual budget process prevents the Department of Defense from acquiring technology, systems and equipment – including missiles – more than one fiscal year at a time. Due to budget uncertainty, fewer interceptors are produced for our military at a higher cost to taxpayers. Uncertainty in the annual budget continues to be a problem–not a single appropriation has passed on time since 2009. This means that Americans are paying more and getting less for their money, which translates to less coverage against missile threats and lower overall safety.

Fortunately, lawmakers can change this failed status quo and pave the way for a more secure country. By purchasing missiles for several years in advance in one budget, the government can save billions of dollars and eliminate the budget uncertainty that racks up costs and adds risk to procurement programs. Multi-year procurement is a special contracting mechanism that allows the Department of Defense to use a single contract for two to five years of procurement of a specific item without having to exercise an option in every annual budget. Multi-year procurement can lead to savings of up to 15 percent compared to making the same purchase over multiple years of annual budgeting. These savings can be achieved, because the contractors will have the confidence to optimize their workforce and production facilities based on the certainty of the work continuing in the future, and because the contractor produce items early in the contract for use in future years. This is especially useful for highly complex items like missile defense interceptors that go through a long production and component testing process before delivery.