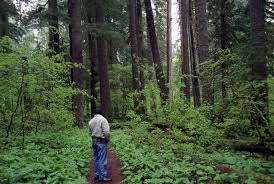 By Ending The Death Tax, Congress Can Save Private Forests

This article originally appeared in Real Clear Policy on April 15, 2019.

This Tax Day, individuals, families, and businesses will finally get to keep more of their own money thanks to the GOP’s Tax Cuts and Jobs Act (TCJA) signed into law in 2017. Millions of people have received bonuses and small businesses have more cash to invest, but the estate tax remains in place and is still a major hurdle in keeping small businesses going.

Small businesses aren’t the only ones impacted by the estate tax. Thousands of private forest owners across America own around 300 million acres of forest in the United States, and they’re often forced to sell their land to developers in order to foot estate tax bills. Nixing the death tax would preserve these woodlands, allowing owners to continue supporting more than two million jobs.

Popularly known as the “death tax,” since it involves the post-mortem taxation of 40 percent of the deceased’s property, the estate tax now has an (inflation-adjusted) exemption of $10 million (up from $5 million pre-tax reform). In other words, the first $10 million of one’s estate is protected from taxation. In 2026, this exemption will revert back to $5 million.

Supporters of the estate tax often portray it as a “great equalizer,” vital in preventing the accumulation of wealth in the hands of gilded few. This framing is politically savvy, but ignores several of the actual groups disproportionately impacted by the federal government’s efforts to play Robin Hood. For the 11 million families and individuals that own hundreds of millions of acres of American woodlands, the consequences of passing on forests to the next generation carry hefty costs.

Land and timber costs are ever-increasing, so the issue lies with federal valuations of forestland. Timber Update, which tracks the price of various timber products over time, reports that some of the most common products have seen price increases over the past five years. And, as the Department of Agriculture points out, land values in the United States continue to climb year over year.

Rising property values for private forest owners are increasingly bumping their holdings past the estate tax threshold, even after the TCJA doubling. And because these holdings can’t be moved around, owners often respond to estate taxes by parting ways with their properties. A study conducted in 2006 by Forest Service tax expert John Greene and colleagues found that in 42 percent of cases where forest owners owed estate taxes, land had to be liquidated to pay the levy.

Around nine percent of forest owner respondents reported being involved in an estate transfer in the past, and of that group, 38 percent report paying estate taxes. But there’s reason to believe that as the forest-holding population gets older, more forestry will change hands. More than 60 percent of private forest owners are over 60 years old — and more than 15 percent are over the age of 75. These elderly owners will inevitably start worrying about taxation, and will look for options to sell their holdings to make it easier for their heirs to pay the tax (or “gift” heirs cash before their demise). And when cases of distress sales inevitably skyrocket, developers will replace pristine forests with commercial projects.

While there’s nothing wrong with commercial development, encouraging land cleaning through tax policy can lead to more building than we want. Research from the U.S. Forest Service shows that forest fragmentation harms forest health in all sorts of ways, wreaking havoc on local ecosystems. Taxpayers will inevitably have to foot the bill for ecosystem restoration, as well as the pollution and contamination costs from overdevelopment. And, since estate taxes have historically underwhelmed in raking in revenue, environmental costs can easily exceed any windfall from the Treasury.

In the fight to end the death tax altogether, it’s important to understand the impact on all affected groups. Private forest owners should be given their time in the limelight along with small business owners in discussing the unintended consequences of the status quo. Nixing the estate tax is a necessary step in safeguarding American forests and would allow woodland owners across the country to maintain their pristine properties.

Just in time for Tax Day, policymakers can do right by small business owners and the environment and end this outrageous tax once and for all.