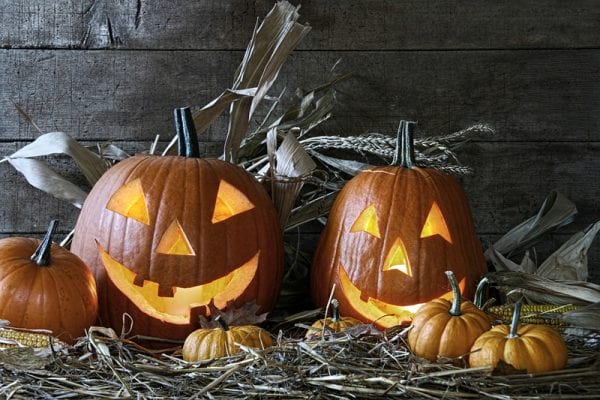 Trick or Treat! Healthcare and the Food and Drug Administration

This Trick or Treat highlights Healthcare and the Food and Drug Administration (FDA).  Without a doubt, the biggest trick played on taxpayers was the passage of Obamacare.  As part of Obamacare, the Independent Payment Advisory Board (IPAB), a panel of 15 “experts” to slow the growth of Medicare, was passed.  IPAB will be a board of 15 unelected members who, according to the American Medical Association, would “extend Medicare solvency and reduce spending growth through the use of a spending target system and fast-track legislative approval process.”  In reality, IPAB will be nothing more than a way to ration health care for seniors.  Even though the FDA is “responsible for protecting the public health by assuring the safety, efficacy, and security of human and veterinary drugs, biological products, medical devices, our nation’s food supply, cosmetics, and products that emit radiation,’ the FDA is quickly becoming the silent killer of the economy and the free market. WARNING!! We repeat, we advise strong parental guidance because some material may not be suitable for children since they are the ones that will ultimately be paying for these tricks.

TRICK: Community Transformation Grants or “The Tax Dollar Vampire.”  The Prevention and Public Health Fund, which funds CTG’s (through the Centers for Disease Control and Prevention) along with its predecessor, Communities Putting Prevention to Work, was originally created under the stimulus bill. It has little to do with job creation and more to do with expanding government’s reach into society.  Grants given under The Prevention and Public Health Fund have promoted “counter-advertising” against products such as soda drinks, high-fat snacks, trans-fat, sodium and tobacco.  So far, the government has put more than $1 billion towards these “wellness” programs under The Prevention and Public Health Fund.  Some funded activities have included: $3,000,000 to label calories on restaurant menus in New York; $1,000,000 to the Boston Public Health Commission to “support the successful implementation of the state’s calorie posting regulation;” and $63,265 to the Cascade Bicycle Club, Washington, for “Complete Streets” which will “emphasize that new and reconstructed roadways meet the safety and mobility needs of all travelers…” Besides sucking tax dollars away from taxpayers, the program is paying for things that it shouldn’t because despite the fact that the program is restricted from financing lobbying activities, grant money was awarded to the state health department in Wisconsin to hire lobbyists to push a “wellness” agenda at the local level.

TRICK: Centers for Medicare and Medicaid Services (CMS) to cut billions from Medicare-funded Skilled Nursing Facilities or “A Nightmare on Main Street.” In Stimulus II, President Obama’s latest plan to revive our struggling economy, there are proposed changes to Medicare similar to what were in Obamacare. One would think these deep cuts would be welcome to taxpayer groups like ours but not when you take a closer look at how the money is spent. President Obama has proposed to shift funding from nursing homes (for which Medicare pays $500 per day) to long-term acute care hospitals (for which Medicare pays $1,500 per day).  While long-term acute care hospitals cost three times more, nursing home facilities see the same types of patients and deliver the same quality of care.  The question is why cost-effective programs are being cut while expensive ones maintain their funding.  This will haunt taxpayers and the elderly who rely on skilled nursing facilities if the cuts go through.

TRICK: The Food and Drug Administration or “The Regulation Horror Picture Show.”  The Food and Drug Administration (FDA) is quickly becoming one of the most powerful government bureaucracies. In fact, according to FDA budget documents, “The fiscal year (FY) 2012 President’s Budget request for FDA is $4,360,281,000. This represents a total program level increase of $1,076,215,000 above the amount enacted into law for FY 2010.”  The FDA has also played an increasing role in squeezing the tobacco industry.  The FDA has required that cigarettes contain health warnings on cigarettes since the 1960’s. It now appears that the FDA may have over played that hand with their crusade to “up their game” and put graphic images on cigarette packages to enhance the warning labels.  According to a September 21, 2011 Associated Press article, “ A federal judge peppered a government lawyer with questions Wednesday expressing doubts about whether the Food and Drug Administration can force tobacco companies to post graphic images on their cigarette packages showing the health effects of smoking.  In a two-hour hearing, U.S. District Judge Richard Leon closely questioned Justice Department lawyer Mark Stern on whether the nine graphic images proposed by the FDA convey just the facts about the health risks of smoking or go beyond that into advocacy – a critical distinction in a case over free speech.”  The real fright will be what industry the FDA goes after next to justify its ever-expanding bureaucracy.

TREAT: The repeal of the Community Living Assistance Services and Supports (CLASS) program or “Frankenstein Gets a Brain.”  CLASS was passed as part of Obamacare as a national government-run long term care insurance program.  The first of its kind, the program was supposed to be primarily offered through employers. But, now even the architects of Obamacare have questioned the financial viability of the program.  According to CaliforniaHealthline, “In a letter sent earlier this month, HHS Secretary Kathleen Sebelius informed congressional leaders that the administration suspended the program indefinitely. She wrote there was not a ‘viable path forward’ to implement CLASS while keeping it affordable and financially solvent.”  Members of Congress from both sides of the aisle are also calling for the repeal of the program.  According to The Hill, “Rep. Jim Matheson (Utah) on Wednesday became the first Democrat to publicly support repealing the healthcare reform law’s CLASS program since the administration announced it was indefinitely suspending the program.  Rep. Dan Lipinski (D-Ill.) previous had sponsored legislation with two Republicans in March that would repeal the program.”  If this monster, known as Obamacare, is to be killed, it appears it will have to be one piece at a time.